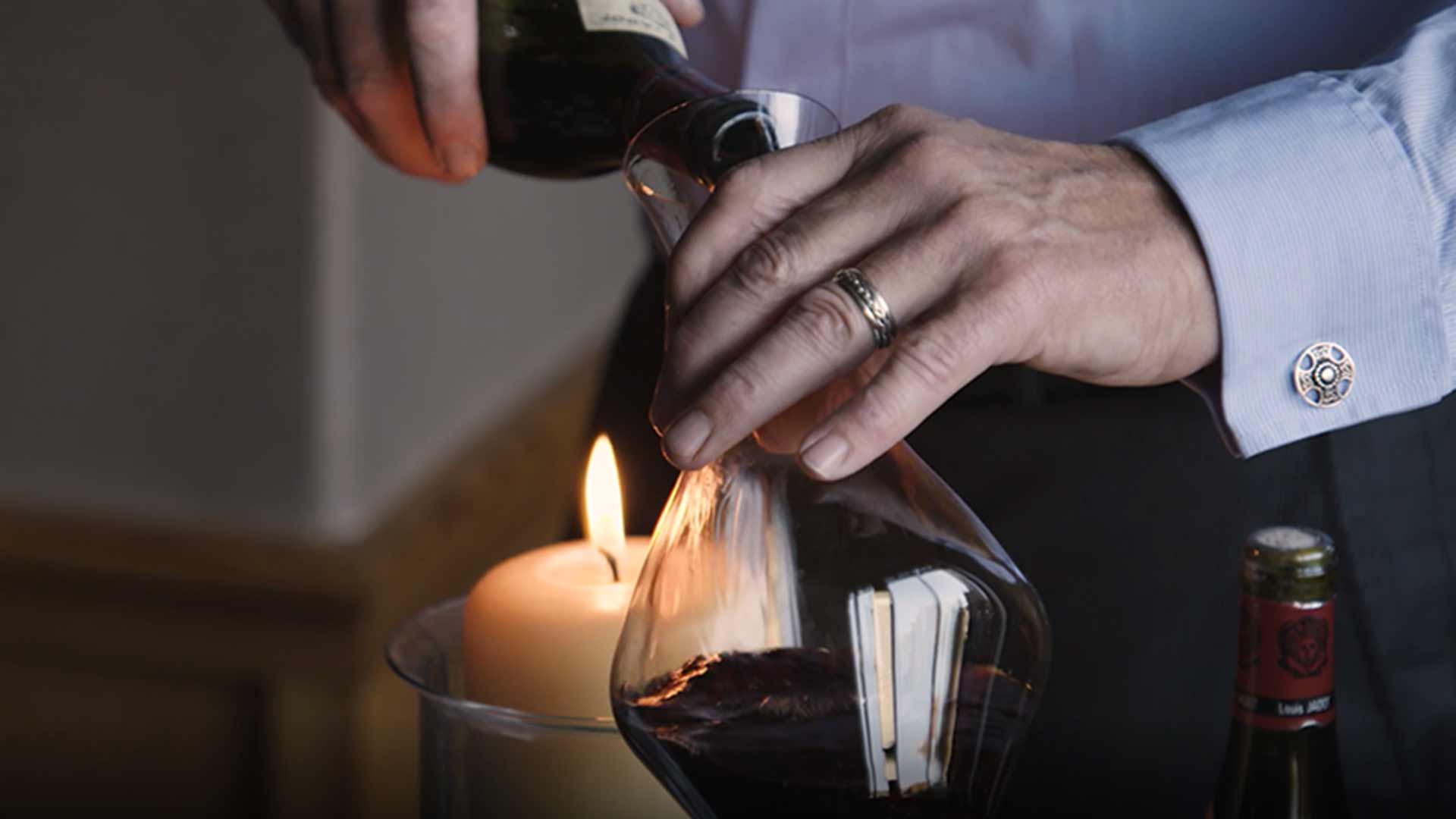 Wondering whether to decant a bottle of wine? There’s a lot of misinformation on decanting wine including which wines to decant and when to decant them. Some say to decant anything over $30 (false)! Others suggest decanting only if you have a four-hour window (also very false)! Here’s a quick SOMM TV guide to why, when and what to decant.

Decanting wine allows wine to breathe. By pouring the wine out of the bottle, more of the wine’s surface area is exposed to oxygen which helps it ‘open up’ and release its true aromas and flavor characteristics. Each bottle holds a sweet spot for the perfect time to drink and decanting the wine can drive it to that point in time more quickly.

While most important for red wine, white wine can also be decanted. The impact is almost insignificant for most whites, but some experts suggest it can help balance a mineral-forward white wine by allowing the fruit characteristics to flourish.

Decanting is most suitable for thick-skinned and full-bodied red wines like Cabernet Sauvignon and Syrah. Light-bodied wines such as Pinot Noir and Gamay will not benefit as much from decanting. You must be careful though as it is possible to over decant a wine. This is especially possible for delicate or particularly old wines where the timing can be critical. Sometimes the time spent in the decanter can result in inadvertently missing the ideal drinking window.

Another Reason To Decant Wine

A lesser-known reason to decant wine is to minimize the risk of pouring sediment into your glass. Sediment is not bad for you, which is a common misconception. The collective sediment at the bottom of the bottle is the sole reason that wine has been able to age as long as it has. But the sludgy texture and off taste makes it something that’s best to avoid.