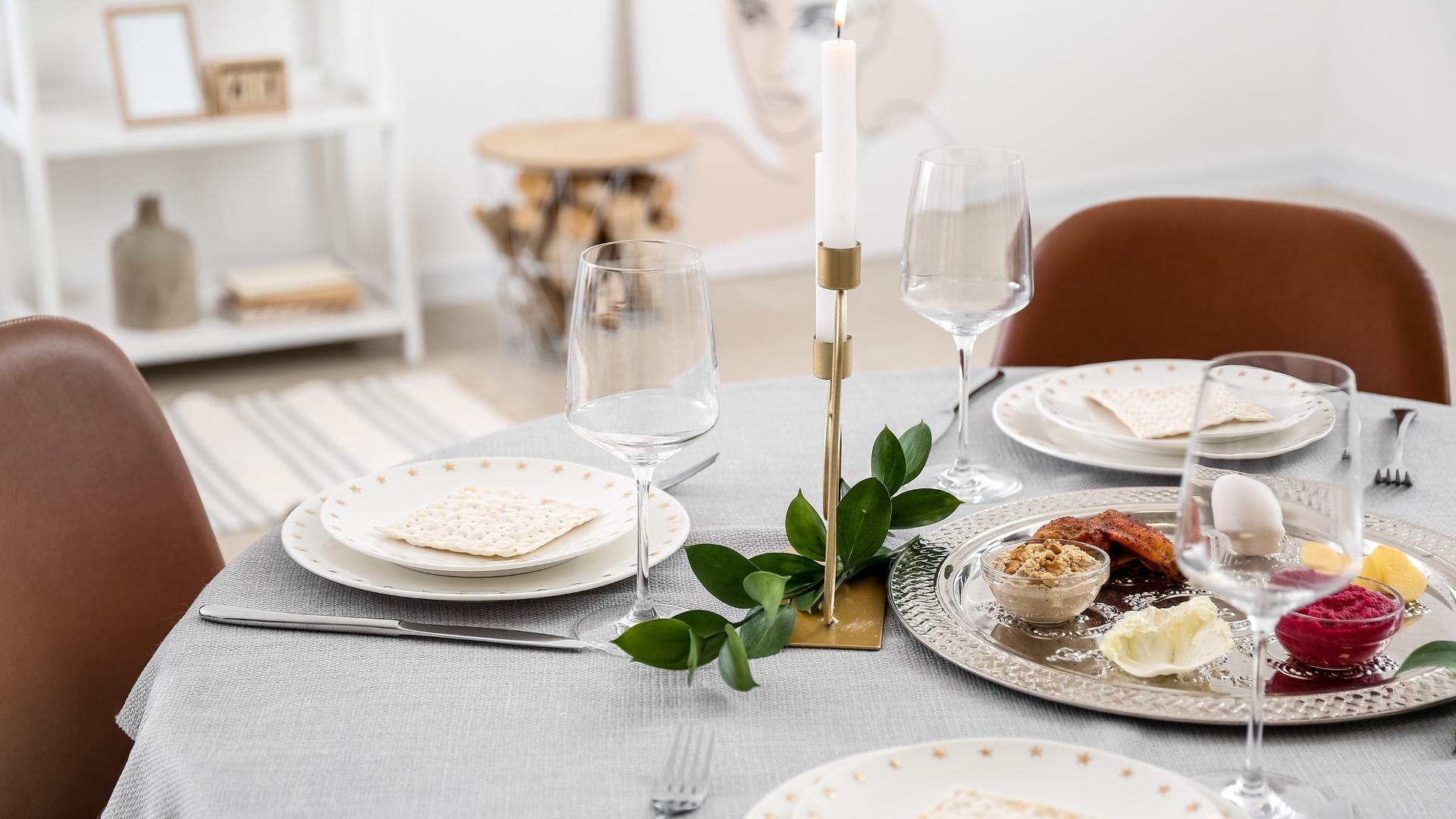 The Jewish holiday of Passover, or Pesach, as known in Hebrew, occurs each spring in March or April. Jewish families worldwide gather for a Seder to retell the Exodus story from Egypt and enjoy a festive meal. A traditional Passover Seder is one of the most celebrated and cherished Jewish ritual practices, even among otherwise not-observant Jews.

The Seder begins with reading from the Haggadah, which translates to “telling” in Hebrew. The Haggadah depicts the story of the Israelites’ Exodus from Egypt and also serves as a template explaining the Seder rituals and traditions. Then, everyone at the table shares in the reading until the story indicates it is time to serve the meal.

Six ritual foods comprise the Seder plate in a tradition dating back hundreds, if not thousands of years. These six foods play a central and significant role at various points throughout the Seder.

The hard-boiled egg symbolizes the festival offering brought to the Holy Temple on Passover.

The spiciest component of the Seder table, maror, symbolizes the bitter times and extreme suffering endured by Jews enslaved in Egypt.

A mixture of chopped apples, walnuts, and red wine, meant to resemble bricks and mortar. Charoset symbolizes how hard the Jewish people were forced to work as enslaved people in Egypt.

A sprig of parsley, traditionally dipped into salt water at the beginning of the Seder. Karpas serve as a reminder of the salty tears cried when the Jews were enslaved people in Egypt.

The second portion of bitter herbs.

A lamb shank, the zeroah, symbolizes the offering of sacrificial lambs brought to the original temple.

After the first reading of the Haggadah, a traditional kosher-for-Passover meal often begins with matzo ball soup. The unleavened matzo symbolizes the Israelites fleeing slavery with the Pharoah’s army close on their heels; with no time to let their bread rise, they ate flat matzo instead.

Served sweet or savory, a fish course like gefilte fish is often the second course. A blended mixture of diced white fish, onion, and herbs molded into individual loves and poached, with horseradish on the side.

Brisket is a quintessential main dish for the Passover dinner. This brisket recipe is a tangy take on a sweet classic. Starches, including flour, are not kosher for Passover, so potatoes routinely appear in several forms – roasted, latkes, or kugel. Spring vegetables like asparagus and artichokes are ideal accompaniments.

For dessert, a flourless chocolate cake with fresh berries provides a decadent note to end a festive feast.

Wine plays an essential role in the Passover Seder. The Haggadah instructs drinking four glasses of wine with the meal. Kosher wines are like any other wine, but production takes place under the supervision of a rabbi. Kosher wines must also use certified kosher equipment and ingredients.

For Passover, preservatives are forbidden. Additionally, the yeast used for production cannot be fermented on leavened foods. Certified Kosher wines will include the rabbinical mark, the hechsher. Kosher wine producers include Covenant, Hagafen, Herzog, Tulip, and Petit Castel.

Additional kosher wine producers and kosher for Passover wines are available at www.kosherwine.com.

The Best Styles of Wine to Pair With Pizza Margherita