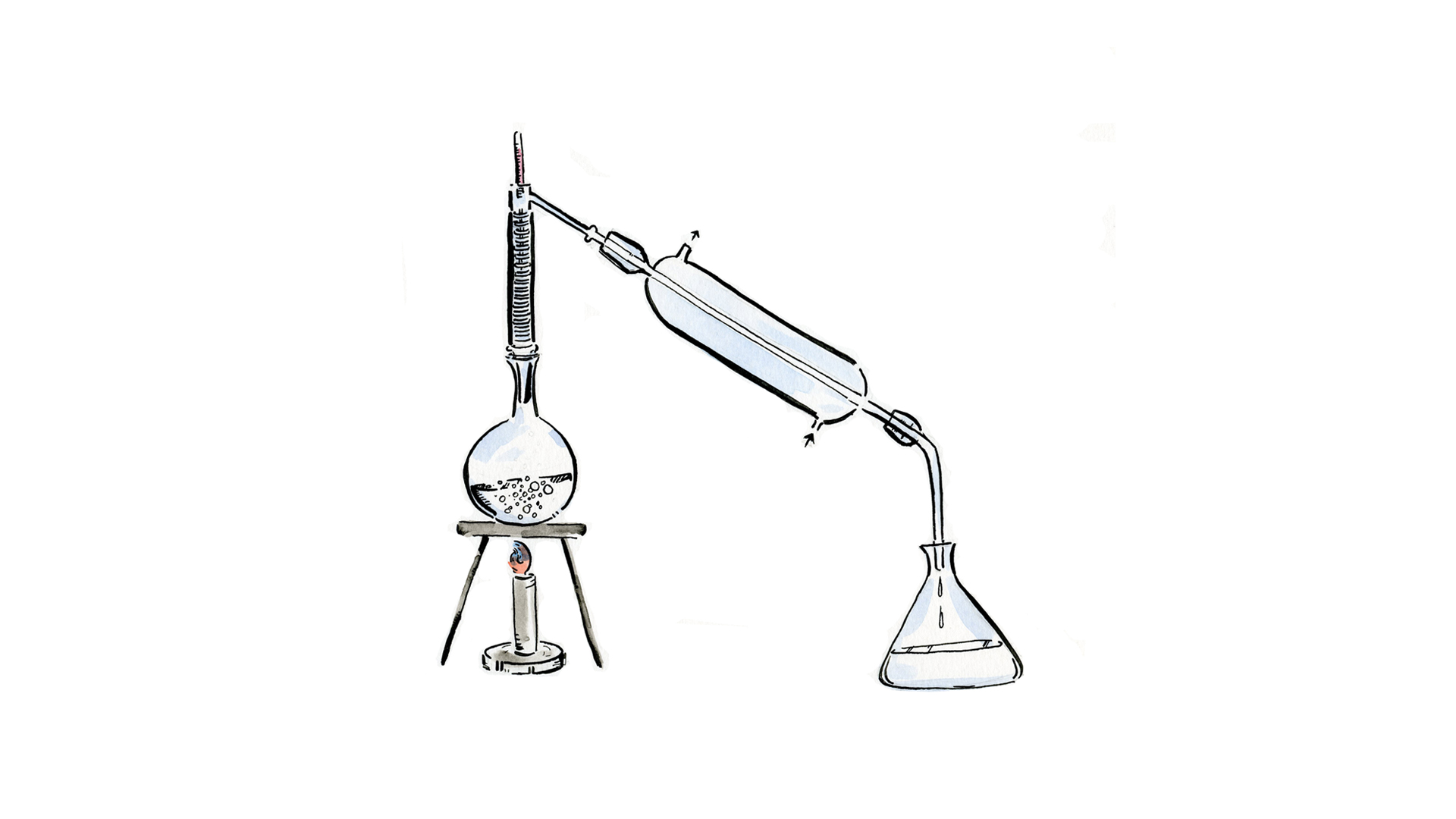 From fruit to sugar or agave to grains, the base ingredient of liquor can be almost anything. But for the six most popular distilled drinks, strict rules can stipulate the process. Distillation is similar for tequila, vodka, whiskey, gin, rum, and brandy. However, each one has a base ingredient that directs it down a path to unique flavor. By learning what’s at the core of our favored liquors, we can better understand their character and use them more effectively in our favorite mixed drinks.

Tequila, which can only come from the Jalisco state of Mexico, is distilled from the fermented juices of the blue agave plant. The juices are extracted after the plant’s core is cooked.

Agave can yield different flavors depending on where the agave grows in Jalisco. Agave from the highlands is usually sweeter and fruiter tasting, while plants from the lowlands are often more earthy.

An equally determining factor of a tequila’s flavor is whether it ages in wood barrel or not. Time spent in barrel defines its color and whether it has wood or oak aromas or flavors. Core styles range from Blanco or silver (un-aged) to Reposado (aged one year), Añejo (aged one to three years), and Extra-Añejo (aged at least three years).

Additional styles exist, including Gold, a blended tequila, and Cristalino, which is an aged tequila that goes through additional filtration to remove its color.

Rum is distilled from some form of sugar, often sugar cane or molasses. Because of its naturally sweet flavor, rum is one of the most versatile spirits for mixing.

The sweet toasted sugar flavor can vary by style and region. Generally, rum is produced in the Caribbean, where sugar cane readily grows, like Jamaica, Puerto Rica, or Cuba. While these countries are best known for rum production, it can be made anywhere in the world.

Gin is distilled from neutral grains, including barley, corn, rye, and wheat. Its flavor, however, comes from botanicals, which can vary by brand.

The neutral grain provides a clean slate for the botanicals to shine. As a result, gin is often dry with herbal character. The most popular (and only required) botanical is juniper, which imparts gin’s signature ‘pine’ aroma and taste. In addition, botanicals such as citrus (lemon and orange), cinnamon, cardamom, coriander, and liquorice and common.

Gin is one of the world’s most popular distilled drinks, and most versions are un-aged. London Dry is the most popular style; it’s very dry and often considered the benchmark for quality. Other types include Plymouth Gin, Old Tom Gin, Genever, and New American.

Vodka is somewhat of the Wild West when it comes to regulations. No set rules stipulate its base ingredient. As a result, it can be distilled from any agricultural product containing sugar or starch.

Neutral grains are most popular, including rye, corn, and wheat. However, vodka made from potatoes is also common and touted as naturally gluten-free.

The neutral base for vodka makes it one of the most versatile spirits for making cocktails. In addition to a wide range of mixing possibilities, flavored vodkas provide an additional layer of opportunity. From sweet to savoury and fruity to herbal, the options are a-plenty when perusing the liquor store shelves.

With such a wide variety of whiskeys available, it has a reputation for being equally as good mixed in a cocktail as sipping straight. It’s easily one of the world’s most popular distilled drinks. Whiskey is an aged spirit made from cereal grain; most use corn, wheat, rye, oats, or barley. It’s not uncommon for producers to use a combination of two or three different grains in the mash bill, which allows for even further opportunity for various or more in-depth flavors.

The type of oak, and the length of time a whiskey spends in barrel, also determine the resulting flavors. Most producers age in charred oak. It’s at the discretion of the Master Distiller if they want to use new or previously used whiskey or wine barrels. The only exception is Moonshine (aka white dog), which does not see any aging.

Whiskey can come from anywhere in the world. Each country or region has its own set of regulations for grain usage and aging before release. Popular versions are Scotch from Scotland, Irish Whiskey, Canadian Whisky, and Japanese Whisky. In the United States, bourbon and Tennessee Whiskey are the most common and popular.

Brandy is distilled from fruit, including wine grapes. For that reason, Brandy is essentially distilled wine. But not just grape wine, any fruit wine, including apple, apricot, cherry, and peaches.

Brandy varies by style, but it is typically aged in oak and often blended. It can be made anywhere in the world, but certain French regions are renowned, such as Cognac and Armagnac. Cognac and Armagnac, both made from wine grapes, abide by the same aging minimums:

V.S. (Very Special): The youngest Cognac or Armagnac in the blend must be a minimum of 2 years old.

V.S.O.P.(Very Special/Superior Old Pale): The youngest Cognac in the blend must be at least four years old or five years old for Armagnac.

Napoleon: A Cognac that’s four years old or an Armagnac that’s at least six years old. Named after Napoleon, for which it was a favorite.

Other common Brandy styles include Spanish Brandy, Pisco, Grappa, Eau-de-vie and Calvados, which is a well-known apple brandy.