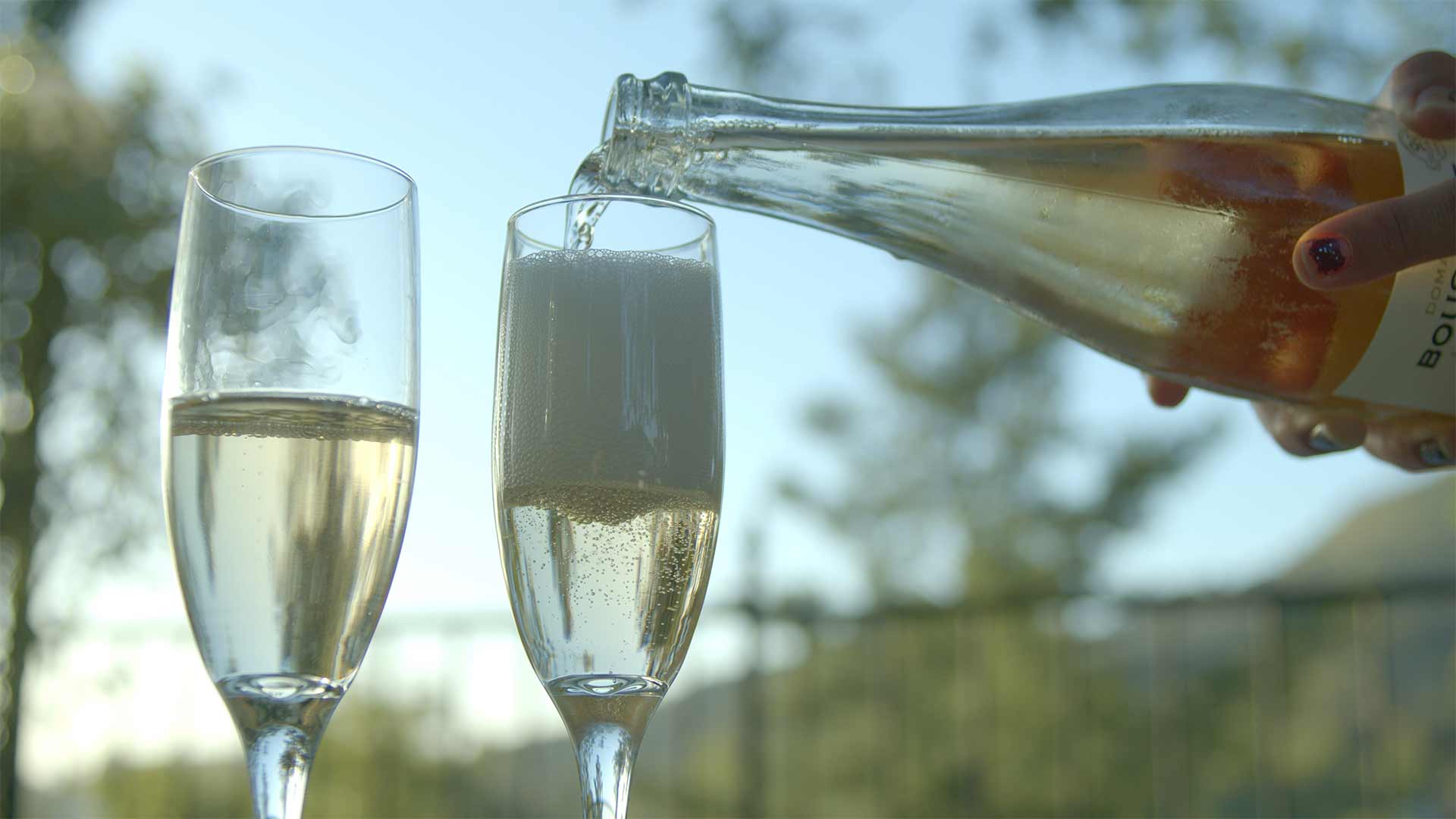 There’s a depth of knowledge that is limitless when it comes to the world of wine. Wine professionals can immerse themselves in centuries of history that can include everything from wine law, varietal characteristics, terroir, and of course, winemaking methods. For our purposes today, we’re diving deep into the throws of sparkling winemaking methods.

From France to Italy, and across the globe, there are a handful of methods that determine the flavor profile, consistency, and identity of a particular sparkling wine.

The Champagne winemaking method is widely thought of as being the highest quality way to make sparkling wine. Outside of the Champagne region, it’s known as the traditional method. From start to finish, this method takes the longest amount of time, mostly because of aging requirements and time-consuming steps, like hand-riddling (which is explained below). These reasons can also translate to a higher price at the till. Because this method includes lees aging (where dead yeast cells sit in contact with the wine for an extended period), it produces wine with the most prevalent autolytic character. Wine made in the Champagne and traditional method often exude aromas and flavors of brioche and butter along with a creamy textural mouthfeel.

The ancestral method is the earliest form of making sparkling wine and shares many of the same steps as the traditional method. However, it excludes the tirage step and doesn’t see the addition of dosage (more on those terms below).

Wine made via the transfer method also shares many of the initial steps used in the traditional method. The main differences happen following the transfer of wine from bottle to tank after the secondary fermentation.

Prosecco is the shining star of wine made using the Charmat method. The majority of the steps for this method, including secondary fermentation, take place inside a stainless steel tank. It’s not nearly as time-consuming as other methods which is predominantly the reason for Prosecco’s more affordable price tag.

The continuous method is the least common of the six sparkling winemaking methods. With origins in Russia, only a few large producers in Europe use this method. It gets its name from the fact that yeast is continuously added to wine in a pressurized tank. When it reaches the desired level of pressure, it continues to a second and third tank for its final stages.

And finally, the carbonation method is the most simple and cost-effective sparkling winemaking method. Because it doesn’t go through a secondary fermentation, carbon dioxide is simply added to the still base wine. An easy way to describe this is to think of it like soda.

For wine newbies, the different kinds of sparkling wine and the methods in which they’re made can be overwhelming. The following is a breakdown of the various stages of making sparkling wine and an explanation as to how each method differs.

Every kind of sparkling wine begins the same way, with a still base wine. In other words, no bubbles. The base wine can be a single varietal, like Glera which makes Prosecco. Or it can be a blend of permissible grapes from a specific winegrowing region, like Champagne or Cava.

All sparkling winemaking methods, except the carbonation method, create their bubbles from secondary fermentation. The addition of yeast and sugar, aka liqueur de tirage, is what drives the fermentation.

Many believe the ancestral method to be the earliest form of making sparkling wine. It’s also the exception to the tirage step. For this method, the winemaker stops the first fermentation and the bottle receives a temporary crown cap. The initial fermentation finishes inside the bottle and produces carbon dioxide (CO2), aka the bubbles.

Following the addition of the liqueur de tirage, traditional method and transfer method wine goes to the bottling line and receives a temporary crown cap. Wine made using other methods goes into a tank.

As noted above, the carbonated bubbles that are in sparkling wine develop after combining yeast and sugar. Together, they produce carbon dioxide (CO2). This fizzy marriage happens in one of two places: either inside the wine bottle or inside a pressurized steel tank.

The secondary stages of sparkling winemaking are where the most differences occur. A wine that is already in the bottle and has completed secondary fermentation lays down to rest with the dead yeast cells (lees) still inside. Lees aging can last anywhere from 9 months to a handful of years.

After lees aging is complete, winemakers proceeding with the traditional method and ancestral method will remove the lees sediment with a process called riddling. The producer inverts the bottles onto a rack. The Riddler (a person who’s sole job is to riddle) turns the bottles by hand so that the lees eventually settle in the neck of the bottle. This process can take several weeks or months which is why many producers have made the move to mechanizing this step, which cuts down on production time significantly.

To remove the lees from the bottle, the neck of the bottle is frozen. The pressure inside the bottle then forces the sediment out. A mixture of sugar and wine is added (dosage), along with the final cork.

The transfer method is similar. But instead of riddling and adding dosage, the winemaker empties the wine into a tank. Pressurized filters remove the lees inside the tank before the wine proceeds to the final stages of bottling and corking.

For the Charmat method, the wine goes through a filter inside a tank before the winemaker adds the dosage.

The continuous method sees the most activity in the final stages. After reaching the desired level of pressure in the first tank, the wine goes into a second tank. There, yeast enrichments attach to the lees which allow the autolytic character of the lees (like butter and brioche) to integrate into the wine. The wine transfers to a third tank where the yeasts and enrichments are clarified before moving ahead to the final bottling and corking.

The carbonation method, which has seen little activity up until this point, also sees the most activity near the final stages. After receiving CO2, the wine goes through stabilization. It’s then bottled and receives its final cork.

SOMM TV is bringing our love for sparkling wine to a new cooking and wine competition show, SPARKLERS. Coming this summer, challengers show off their cooking skills and sparkling wine know-how all while creating dishes using everything from artisanal honey to snail eggs. Keep your eye out for this unconventional and incredibly entertaining competition show.