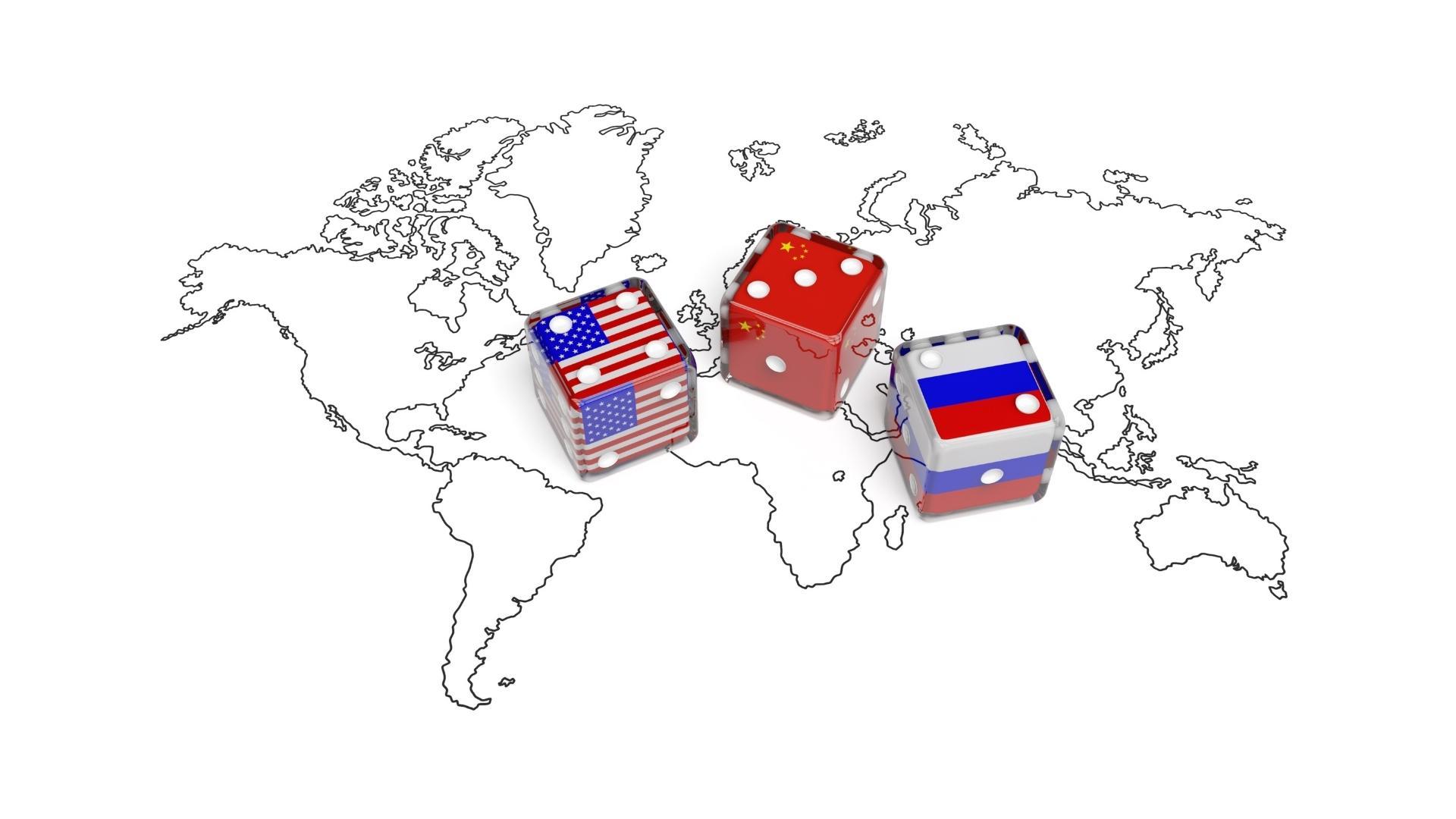 The era of American influence in every sphere appears to be on the decline. Globally, the perception of U.S. influence as being “very positive” fell by 20% between 2019 and 2021 alone, according to a recent report from the Eurasia Group Foundation. For generations, America took its place as the center of the world for granted. While it is still undeniably an economic, political and cultural superpower, two of its foes—China and Russia—are taking the opportunity to leverage their influence. Each is increasing investments abroad, and playing a disruptive, often autocratic hand in global power.

While most of these shifts directly affect the large-scale geopolitical landscape, they also have a subtle impact on wine culture. But the long game is what’s really of interest, and it’s there where the implications are vast.

Consider the ubiquitous Robert Parker anecdote. It seems everyone in the industry has at least one about the influence of the man who mainstreamed the 100-point rating scale. Parker could catapult brands to wild success or resounding failure with one score. But, he’s also widely credited/blamed for popularizing opulent, rich, dense, and powerful wines and inspiring/forcing major regions and brands to comply with his vision for the perfect wine. That—or potentially fail commercially. Parker was the quintessential American palate and even the grandest of crus bowed to it for decades.

“On a trip to Bordeaux in the late 90s, I visited a very prominent Right Bank property,” recalls Evan Goldstein, master sommelier and president and chief wine officer at Master the World. “Obviously, I’m not going to name names. But the winemaker was very organized, and we had a wonderful tasting of many of his wines from the barrel. At one point, he pulled me aside and pointed to what he called the ‘Robert Parker barrels’. He had specific barrels placed all over the cellar made for Parker in the Parker style. When Parker paid a visit, he could taste him from the barrel in a way that seemed natural and give him the wine he made specifically for his palate.”

The rest of his wines were made in the traditional style his chateau had been making for centuries. While that was one example of a remarkable workaround, most winemakers just played along with the new flavor profiles Parker pointed them toward. They were eager to quench the thirsts of the people paying their bills.

As China and Russia ramp up the size of their wine tabs, what does that mean for the rest of us? Read on for insight from producers who have found success—and challenges—in both countries.

Growth in Russia and China by the Numbers

Throughout history, Russia has shaped wine culture; Louis Roederer developed Cristal for Tsar Alexander II in 1876. While Communist rule changed wine culture in Russia, consumption has grown steadily in recent years. According to Wine Intelligence, the compound annual growth rate has been 13.2% since 2015. Value grew even faster, at 20.9%, which means the price wine lovers pay per bottle is increasing, always a good sign of an informed and curious wine-drinking populace.

Meanwhile, in China, an era dominated by prestige bottles purchased for the label, not the contents, has also been maturing. However, the pandemic lockdowns are the reason for a 20% drop in imports. But according to ISWR projections, that is a blip as wine imports are growing. Many expect the burgeoning middle class to expand the wine market to an $18 billion juggernaut by 2023, up from $14.8 billion in 2018.

The Perils of Depending on China and Russia

The potential of the Russian and Chinese markets for producers globally is clear—but so are the dangers.

Take Australia. China became the top market for Australian wines. By 2019, the country surged past France to become China’s most significant wine supplier. But in March of 2021, China hit Australian wine with an incredible 218% tariff in retaliation for what it dubbed trading malpractice. Australia denies the allegations and has filed a formal complaint with the World Trade Organization (WTO).

The effect of the tariff was far-reaching. Australia’s exports overall decreased in value by 30% to $2.03 billion and 17% in volume by the end of 2021, according to Wine Australia. Australia’s exports to China declined by 97% in value to $29 million and by 93% in volume. When you take exports to mainland China out of the picture, Australia did reasonably well, increasing by 7% in value to $2 billion, the first time that exports excluding China reached $2 billion since 2009.

Meanwhile, Russia flexed its muscles in France in July when President Vladimir Putin barred French Champagne producers from using the place-name on bottles of bubbly sold there. Several iconic houses—including Moët Hennessy—spent hundreds of thousands of dollars changing their labels and complying.

And while the Interprofessional Champagne Wines Committee originally asked its producers to boycott Russia in protest, they folded and agreed. The French government has signaled that they may file their own complaint with the WTO on the matter.

But the message is clear. Like it or not, what happens in China and Russia has consequences for the financial fate of winemakers across the globe.

Wine brands and distributors are eager to get into Russia and China despite the inherent risks.

“China has become an important wine market in a very short time,” says Roderick Hull, commercial director for Europvin, a luxury-focused importer and distributor. “But the market is really only driven by Tier 1 cities. The majority of the country is untouched by all things wine. As such, the potential for growth is huge.”

But where to start? Small and focused, say some producers who have experienced steady growth.

“We started exporting wine to China in 2014,” says Eduoard Parinet, co-proprietor of the Beaujolais winery Château du Moulin-à-Vent. “Since then, we have grown from one to three importers, all in three cities with established wine and food cultures: Hong Kong, Shanghai and Beijing. We are local, not national, but in eight years, the volume has grown from 1,000 to 5,000 bottles. Still small.”

But growing. And a reflection, Parinet says, of the increased appetite for light, acid-driven reds.

“Every market within China is different,” he says. “In Hong Kong, we focus on private clients. In Shanghai and Beijing, it’s more about the restaurants. But in each city, there is equal interest in terroir-driven, light French wines that pair with a range of cuisines.”

Parinet has one importer in Russia. And while he says the market is smaller—about 1,500 bottles sold there every year—it’s also growing.

“Beaujolais is located between Burgundy and Rhône, and with prices rising so much in those regions, Cru Beaujolais has become a good choice for fine wine lovers in both China and Russia,” he says.

At Château le Crock in the Crus Bourgeois du Médoc, export director Katia Haurytskaya sees a similar story. The 10,000-case winery exports to 53 countries, with Russia and China both capturing more attention and interest from them recently.

“Russia and China are both very sensitive markets,” Haurytskaya says. “China was a very important market for us. It was more than half of our exports, but that has been drastically affected by the pandemic. It is slowly increasing again, though. Russia has also fluctuated, but we are building customer loyalty there too.”

While the market in China and Russia is maturing, both still focus on prestigious labels.

“Top Bordeaux and famous international brands are leading the way,” says Ben Bost, Europvin’s greater China area manager. “Burgundy has been trending very strongly for the last few years. And like everywhere, consumer demand is heavily influenced by the scores and notes from the international wine critics.”

In Russia and China, wine lovers are gravitating toward highly acclaimed regions outside of the Grand Crus, too, Haurytskaya says.

“The younger generations have a particular interest in French wines, and most are connoisseurs,” she says. “They read about wine, come to visit us, ask very specific questions. The Crus Bourgeois have great potential because of their value for money.”

Europvin’s Hull says that working with social media influencers and the classic e-commerce route can be effective. However, broader cultural issues should also be a consideration.

“China has a strong influence from the state propaganda, and foreign producers need to respect the ‘greater good’ in order to flourish,” he says. “Brands can be ‘canceled’ overnight if they cause the slightest upset or controversy.”

That’s a risk: a risk and a gamble. But many producers are opting to play in the hopes of hitting the jackpot.