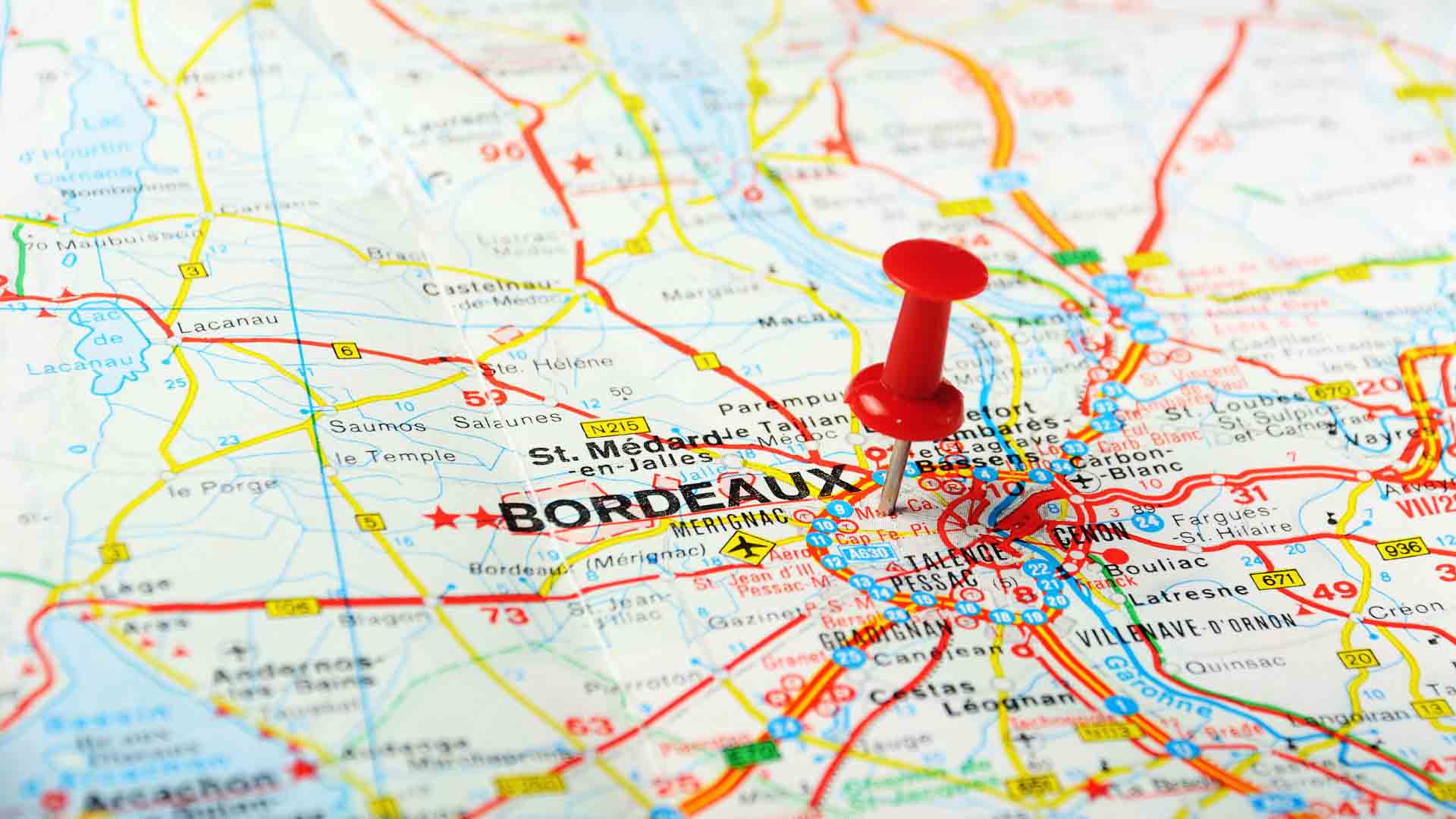 Bordeaux can be intimidating. From the pronunciations and price tags to classifications and critical acclaim, it goes over the heads of many. The confusion is, in part, due to its multiple personalities, prompting comparisons between the region’s Left Bank vs Right Bank.

In southwest France, the Gironde Estuary divides the Bordeaux region, resulting in two banks, the left and right. The Dordogne and Garonne rivers feed the estuary, which flows to the Atlantic Ocean. On a map, this appears to be an upside-down ‘Y’. The Left Bank is the area directly south of the River Garonne. The Right Bank is to the north of the River Dordogne.

As the River Dordogne and River Garonne have ebbed and flowed over centuries to form this land, so have the economics and critical acclaim of this appellation. Known for producing some of the most highly allocated and sought-after blends, often commanding thousands of dollars per bottle, a few notable differences exist between the two banks.

Sauvignon Blanc and Semillon are the two most common white wine varieties that grow in Bordeaux. Most dry Bordeaux Blanc are produced in the Pessac Leognan appellation. The most well-known producer is Château Haut Brion. On the Right Bank, Château Monbousque, Château Valandraud, and Château Cheval-Blanc are among the top producers of white wines.

Sauternes is a sweet wine made from Sémillon, Sauvignon Blanc, and Muscadelle grapes. The grapes in these wines have been affected by Botrytis cinerea, or “noble rot.” It causes partial raisining of the grapes, resulting in concentrated and distinct wines. Wines from this region command high prices, with Château d’Yquem among the most expensive.

Left Bank terroir is rocky, with packed gravel and deep limestone deposits. This soil composition provides excellent drainage for the vines as they struggle for nutrients. Difficult soil generally leads to more phenolic development in the grapes and higher quality aging potential.

In contrast, the Right Bank comprises a limestone surface and red clay soil. With less gravel to struggle through, the character of these wines is generally smoother when they are young.

In this clip from A Closer Look at the Right Bank: St. Emilion on SOMM TV, Stéphanie de Boüard-Rivoal, head of Château Angélus, talks about the various soil types in the appellation.

The Left Bank encompasses the Médoc and Graves regions. The Médoc region is north of the city of Bordeaux and includes the appellations of Saint-Estèphe, Pauillac, Saint-Julien, and Margaux. Four of the first-growth chateau are from the Médoc: Château Lafite Rothschild, Château Latour, Château Margaux, and Château Mouton Rothschild.

South of the city, additional Left Bank appellations include Pessac-Léognan and Graves, plus Sauternes and Barsac. The latter two regions produce sweet wines. Château Haut Brion is the only château from the original 1855 classification from Graves.

In anticipation of the 1855 Exposition Universelle de Paris, Emperor Napoleon III requested a classification system to showcase Bordeaux’s wines to the world. Consequently, wine brokers ranked the wines according to a château’s reputation and price, which directly correlated to quality.

The Left Bank also includes the Cru Bourgeois classification. It was first devised in 1953 and finalized in 1959. It includes 16 cru classé estates, all in the Pessac-Léognan appellation.

The Right Bank uses the 1955 Classification of Saint-Emilion, a ranking system for top producers reviewed every ten years. The most recent ranking was in 2012 and included 82 estates, 64 Grand Cru Classé estates, and 18 Premier Grand Cru Classé properties. The new ranking will be issued this year and has come under some controversy. In 2021, two iconic châteaus, Cheval-Blanc and Ausone, shocked many when they withdrew from the Saint-Emilion classification. Château Angélus added to the angst in early 2022 when they too opted out of the process. Since the rankings began, Chateau Cheval-Blanc and Chateau Ausone had been ranked in the classification’s top category, Premier Grand Cru Classé A. Château Angélus was elevated from “B” to “A” status in 2012, to some controversy.

While the differences in soil type may vary from bank to bank, so does the architecture and vineyard size. The Left Bank is home to châteaux worthy of the image that word conjures – large, imposing, turreted. The owners of these châteaux are often large companies, large wealthy families, or billionaires from outside the wine world. Estates on the Left Bank are often larger than estates on the Right Bank, with the largest over 250 acres.

On the Right Bank, château is more a nostalgic description than a reflection of the architecture. Many owners live on the premises, get their hands dirty in the vineyard, and have much smaller vineyard holdings. For example, Château Coutet is a 400-year-old family estate with over 14 generations of winemaking history on 32 acres. The average Right Bank vineyard is only 12 acres, with the largest around 75 acres. Château Le Pin in Pomerol, which consistently produces one of the world’s most expensive red wines, began as a 2.5-acre vineyard in 1979 and today only encompasses 6.5 acres.

Under the right vintage conditions, top châteaux on the Left and Right Bank can produce ageable wines. Critics refer to a vintage as being “Left Bank” or “Right Bank,” depending on whether conditions favor later-ripening Cabernet Sauvignon or the earlier ripening Merlot.

For many years Right Bank winemakers toiled in the shadow of larger Left Bank producers with deeper pockets. However, the spotlight began to turn in the mid-1990s when small producers operating with primitive equipment in basements and garages caught the attention of wine critic Robert Parker. Château Le Pin, Château Valandraud, and Le Dome often get credit for founding this movement of “garagistes” or garage wines. The turning point came when Parker rated Valandraud a better 1995 vintage than Pétrus. The worldwide acclaim and economic benefits were substantial for Right Bank producers.

In the most recent rankings of the 2020 vintage, Wine Advocate gave Buy recommendations to four of the five first-growth Bordeaux and all four Premier Grand Cru Classé producers. Scores for the two banks were similar, with Haut-Brion and Angelus each receiving 98 too 100 points and the other top chateau receiving 97 to 99 points. Exceptions are Ausone, Cheval Blanc, and Latour, which have no score as of this writing.

5 Wine Investing Myths That Are Costing You Money