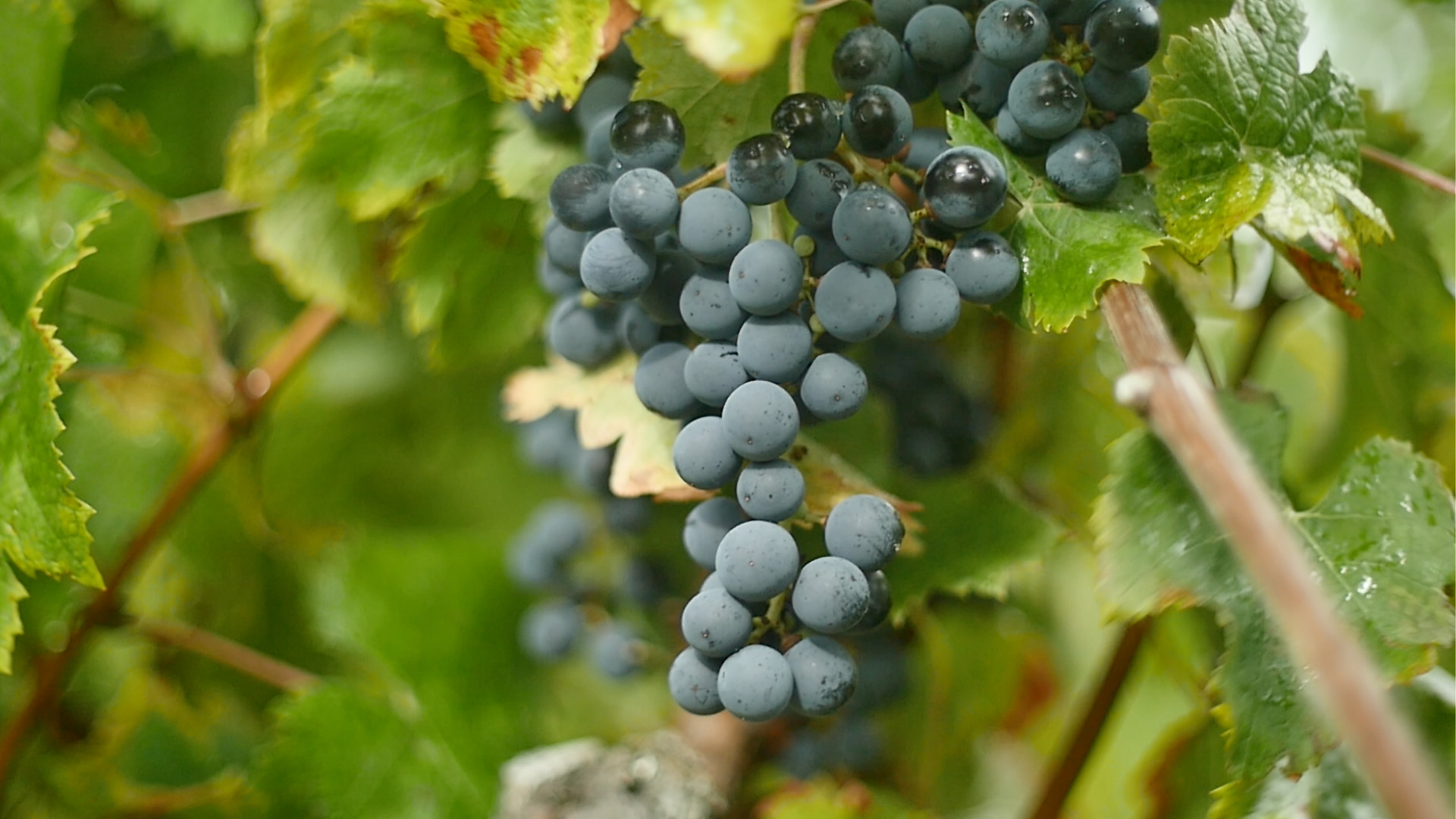 Cabernet Franc often takes a back seat to other well-known international red grape varieties, like Cabernet Sauvignon and Merlot. However, those grapes wouldn’t exist or be as successful as they are without the DNA from Cabernet Franc.

The red grape variety, with origins in France, crossed with Sauvignon Blanc to create Cabernet Sauvignon. And together with Magdeleine Noire des Charentes, Cabernet Franc is also a parent grape to Merlot.

Its ability to blend or stand alone as a single varietal makes Cab Franc a versatile wine. And depending on where it grows, it can also have a range of flavors and characteristics, with high-quality versions aging up to 15 years.

Additional notes can depend on where the grapes are grown. In cooler climates, tart red berry and plum aromas lead the fruit flavors. In warmer climates, the fruit character is riper, sometimes displaying as jammy.

Generally, Cabernet Franc is complex with medium to high levels of acidity, tannin, and alcohol.

The Role of Cab Franc in Bordeaux

Broadly speaking, Cabernet Franc is the third most important grape in a red Bordeaux blend.

Wines from the Médoc and the Left Bank of the region’s Gironde estuary use mostly Cabernet Sauvignon. The remainder of the blend is split between Merlot and Cabernet Franc.

On the right bank, in appellations such as Saint-Émilion and Pomerol, Merlot is the dominant grape. The supporting grapes here are the two Cabernet’s – Franc and Sauvignon.

Of course, it’s not a requirement for Cab Franc to be a part of any particular blend. It’s a winemaker’s choice and can depend on vintage conditions and harvest yields. The grape is a support player in the region’s iconic blend, along with Petit Verdot and Malbec, which are sometimes only added in small proportions or single-digit percentages.

Cabernet Franc in Other Winegrowing Regions

Cabernet Franc flowers and ripens early, making it well suited to wine growing regions with a shorter growing season, like areas of the Loire Valley in northern France. Here, the grape grows mainly in the Touraine sub-region, in the appellations of Chinon and Bourgueil, where it’s a varietal wine that expresses high acidity and notes of tart or sour red fruit, crushed gravel and sweet pepper.

Also in the Touraine, Cabernet Franc can make up a portion of rosé wines labeled Rosé de Loire or Cabernet d’Anjou which hails from the Anjou-Saumur appellation.

In Italy, Cabernet Franc grows in Tuscany. Because the grape is not indigenous to Italy and falls outside of the DOCG system, it’s used in the area’s unofficial ‘Super Tuscan’ category. Tuscany’s warmer temperatures allow for riper tasting qualities, sometimes exuding aromas and flavors of black fruits such as blackberry or currant. It’s common for Tuscan winemakers to age the wines in oak, which provides a fuller body and adds notes of cocoa or sweet tobacco.

The popularity of Cabernet Franc is also growing in the United States. The cool temperatures of the Finger Lakes area of New York, and areas of the Columbia Valley in Washington, are ideal for growing the grape.

Some producers in California also grow the grape, particularly in the Sierra Foothills area. The wine’s natural herbaceousness takes a back seat in versions from here. Expressions from this area are more fruit-forward and plush with higher tannin levels in part because of the area’s warmer temperatures.

Cabernet Franc is a great complement to a variety of dishes, but its vegetal character makes it a perfect pairing to dishes flavoured with herbs. Pair a young varietal Cabernet Franc with roast chicken or an herby grain salad for a simple weekday dish. More complex offerings could include an herb-crusted rack of lamb.

A chilled Cab Franc is great alongside spring vegetables such as asparagus or peas for a lighter yet dynamite pairing. Serve alongside grilled tuna or a tomato-centric dish.