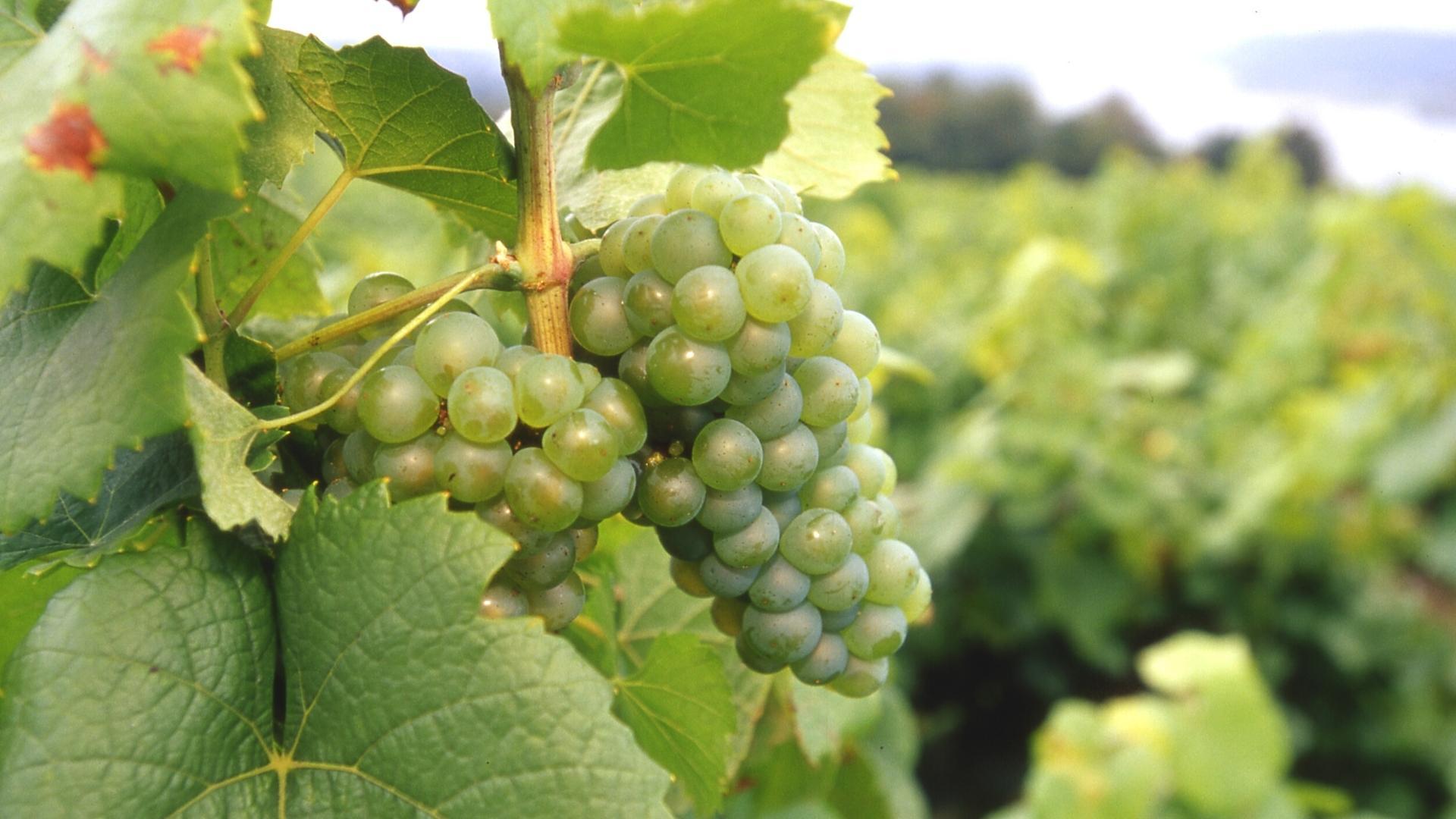 Muscadet (pronounced ‘moos-kah-daay’) hails from an oceanic area known as Nantes, which lies in the western part of the Loire Valley. Made from the grape Melon de Bourgogne (also known as just Melon), Muscadet is a dry, high acid, white wine.

DNA analysis has proven that Melon de Bourgogne is a cross between Pinot Blanc and Gouais Blanc. It’s one of the three main white grape varieties, alongside Chenin Blanc and Sauvignon Blanc, that grow in the Loire Valley.

The Origins of Melon de Bourgogne

In 1709, blistering frosts destroyed most of the Loire Valley’s vineyards. Around this time, the grape landscape was changing, specifically in Burgundy. According to The Wine Bible, “by the 18th century, the grape [Melon] was forbidden in Burgundy in favor of Chardonnay.” A group of Burgundian monks brought cuttings of Melon de Bourgogne – which could withstand the area’s cooler temperatures – to plant specifically around the city of Nantes. Today, it largely remains a grape variety that thrives in this area.

As the most western part of the Loire, the area around the city of Nantes receives great influence from the Atlantic Ocean. Its geography makes for a much cooler and sunnier climate than the rest of the valley. The Nantes region’s maritime climate makes the vines more susceptible to frost and mildew. However, winemakers use various techniques to combat the elements from freezing the vines.

Loire Valley Wines states that this region is responsible for 17 percent of the Loire’s production, with 78 percent of the wines classified as appellation d’origine protégée, or AOP. Within the sub-region of Nantes, there are three sub-zones with a reputation for their Muscadet: Coteaux de la Loire, Cotes de Grandlieu and the most important, Sèvre et Maine. (Muscadet AOP serves as a general sub-zone.) Getting its name from the Sèvre and Maine rivers, this sub-zone stretches across 20 smaller communes and produces most Muscadet wines.

While an early ripening, frost-resistant grape variety, Melon de Bourgogne isn’t naturally aromatic. However, it does express the region’s terroir. In the Nantes sub-region, the soil comprises igneous rock from the Armorican Massif, composed of schist, green stone, and granite. Generally speaking, the soils lend to the wine’s lean and steely texture. Additionally, many agree that the region’s proximity to the ocean conjures a note of saltiness on Muscadet’s finish.

Like many white wines, Muscadet expresses itself based on where it grows and how it ages. Youthful versions are light in body, high in acidity, with flavors of citrus (lemon, lime), tree fruit (apple, pear), and lots of minerality.

Some high-quality bottles of Muscadet include ‘sur lie’ on the label, which means the wine spends time on its lees (dead yeast cells). Many versions age in stainless steel, but the lees contact gives the wine a rounder, fuller taste. Winemakers never stir the lees because that could impact the overall freshness. Lees contact can be as short as three months, all the way up to 60 months. Extended lees aging is a stylistic choice of the winemaker and can evolve the wine’s flavors into baked tropical fruit (pineapple), stone fruit (apricot, peach), yellow apple, honey, vanilla, and caramel.

Most expressions of Muscadet are made for consumption in their youth. However, some examples can age up to seven years.

Younger expressions of Muscadet are perfect for the summer and pair well with salads, hard cheese, and ceviche.