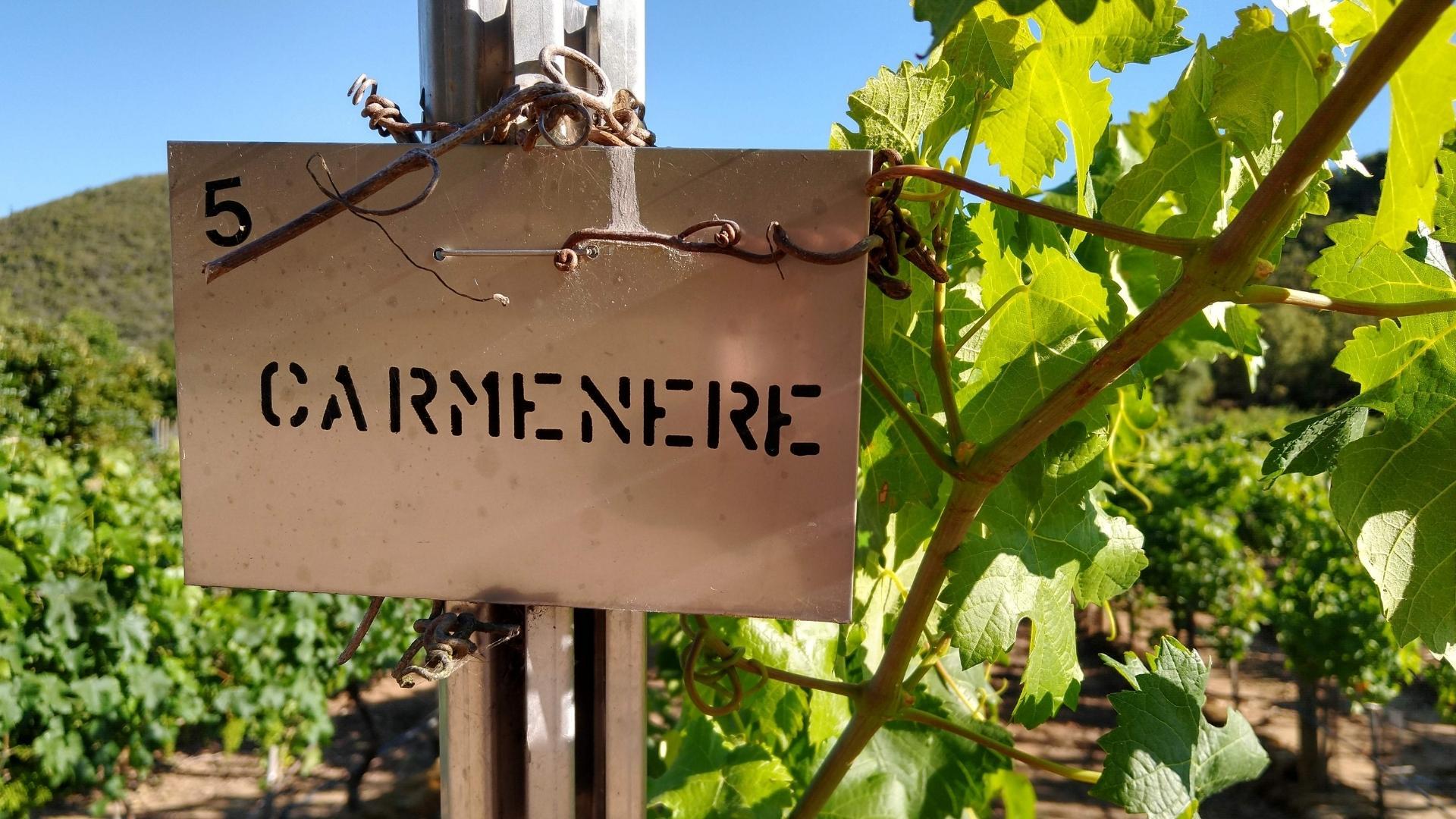 Sometimes, it takes a drastic move for a star to earn their due. Like Arnold Schwarzenegger and Charlize Theron, it took a move across an ocean for Carménère to achieve the renown it deserves.

This dark-skinned red grape shines in Chile, but as climate change warms up the vineyards of its French homeland, Carménère is also enjoying a resurgence there.

Its Birth, Early Life, and Near-Death

First planted by the Romans, Carménère grew widely in Bordeaux alongside Merlot, Cabernet Sauvignon, Cabernet Franc, Petit Verdot, and Malbec. Together, these grapes-turned-red blends turned the French region into one of—if not the—most famous and beloved winemaking regions in the world.

But the vigorous vine was abandoned after the plague of phylloxera decimated vineyards across Europe in the 1860s. Carménère was low-yielding, susceptible to vine diseases like coulure, and didn’t produce good results when grafted onto pest-resistant rootstocks. Plantings of Carménère fell to near-extinction levels in Bordeaux and almost everywhere else. That is until a warming climate changed the terroir enough to allow the sometimes exceedingly herbaceous grape to reach new levels of fruit-forward complexity. (More on that below).

Winegrowing in Chile dates back to the 16th century. But Bordeaux grapes—including Carménère—didn’t arrive until the mid-19th century, right before the phylloxera outbreak in Europe. Thanks to its remote location, Chile was one of the few places in the world that managed to escape the phylloxera plague and could maintain own-rooted vines sourced from the Old World.

While the vines were initially brought over to cultivate wines in the style of Bordeaux, they were not planted in separate plots beyond basic red and white designations.

As the Chilean wine industry became more systematic, producers began to organize their vineyards by varietal. Interestingly, all of the Carménère was thought to be Merlot. The error was perpetuated for decades, with vintners assuming the late-to-ripen, late-to-harvest ‘Merlot’ was merely a different clone, not a wholly distinct grape variety.

Then, French ampelographer Jean-Michel Boursiquot arrived in Chile in 1994 and identified the Merlot clone imposter as Carménère in Viña Carmen’s vineyards. Cue a years-long bureaucratic headache that unspools like a Gogol novel. Vineyards previously thought to be brimming with Merlot were now being correctly identified as Carménère.

For a country that had poured considerable funds and decades of promotional marketing into their “we’ve got some great Merlot here” campaign, this wasn’t necessarily universally welcome news.

According to recent figures from Chilean Customs, 26,779 acres of Carménère are under vine, an increase of 50.1% from 17,750 acres in 2006. It is now the fifth-most widely planted grape in the country, behind Cabernet Sauvignon, Sauvignon Blanc, Merlot, and Chardonnay.

Bringing Out the Tastier Side of Carménère

In hindsight, the misidentification of Carménère as Merlot seems puzzling given their very different characteristics. (Carménère has more in common with Cabernet Franc, a parent, and strangely, another minor imposter in Italy. After the rediscovery of Carménère in Chile and the ensuing public melee, winegrowers in Italy found that a few thousand acres worth of plantings of what they thought was Cabernet Franc was actually Carménère).

While Carménère grows like the early-ripening Merlot, it exhibits pyrazines, a bell pepper characteristic. Unlike Merlot, Carménère can show its best side in warm, even hot, vineyards. Poor, well-drained soils gently tame its more eager, vigorous side. In ideal growing conditions, Carménère displays notes of blackberries, raspberries, pomegranate, blueberries, plums, and cocoa.

Now that they know what they’re working with, growers are also taking steps in the vineyard to manage yields and expose more grapes to the sun by pulling leaves. By encouraging thorough ripening, detectable pyrazine levels plummet, and fruit-forward notes rise. Picking slightly later can drive the alcohol levels up. But, it also promotes a more complex and round flavor profile and further drives pyrazine levels down.

Carménère, as a late-ripening sun lover, thrives in Cachapual and Cochagua. They are the best regions for developing full-bodied and robust Carménère.

According to Joaquin Hidalgo, a writer and Chilean wine expert, winemakers are experimenting with different styles of Carménère in the cellar. “To avoid flabby flavors, the winemakers gravitate toward wood. But other winemakers are not afraid of the leafier bell pepper expressions,” he says. “In that case, the best winemakers avoid wood and let the varietal shine through in stainless steel or large wooden barrels or foudres. These winemakers are after precise, crystal-clear expressions of Carménère.”

Whether you’re reaching for a bottle that has been aged in traditional oak barrels, or stainless steel, Hidalgo recommends pairing the wine with classic Chilean feasts.

“In both cases, I’d recommend grilled meat which is very traditional in Chile and comes in many forms,” he says. “In Chile, of course, empanadas are one of our traditional delicacies. For the modern Carménère’s aged in stainless steel or large foudres, I love pairing it with empanadas or stews. For the more full-bodied wood-aged Carménère, I seek out slow-cooked meat flavors.”

Other compelling pairings for lighter Carménère would be grilled chicken breast or tuna steaks. In contrast, short ribs and rich pasta would play well with more traditional iterations.

The Future of Carménère

Carménère’s homeland is also finding charm in this grape. While plantings in France are still micro (about 178 acres are under vine, according to the Bordeaux Wine Council), the jaw-dropping 1,700% increase in plantings since 2000 speaks volumes about Carménère’s ability to withstand extreme heat while maintaining its bright, fruit-forward flavors.

As climate change transforms the global winemaking landscape, expect to Carménère’s in the spotlight more often. Already, vintners in Washington’s Walla Walla Valley and across California, New Zealand, South Africa, and Australia are planting it to find if the drought and heat-tolerant grape shows promise in their terroir.