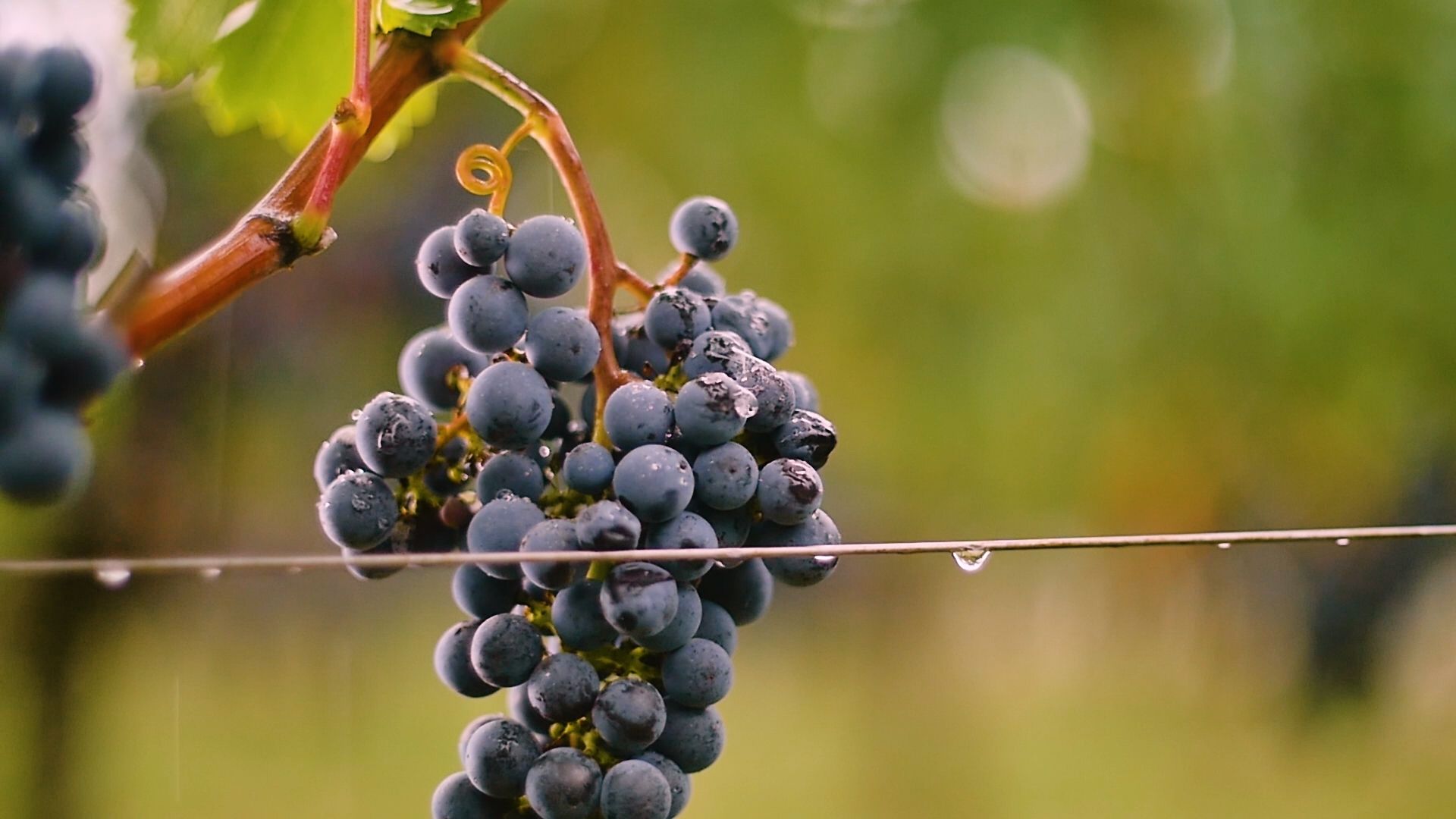 Merlot is one of the world’s most popular red wines. It’s a chameleon grape for its ability to adapt to many climates and winemaking techniques. It also takes on the characteristics of any terroir that it grows in.

It’s often available as a single varietal expression but is also very popular in blends. Without a doubt, it’s most known for its role in red Bordeaux blends as it’s one of only six allowable grapes that grow in the French region. Merlot shares similar genetics to Cabernet Sauvignon. Both grapes are born from Cabernet Franc, which is why these grapes are commonly found together, not only in Bordeaux but also across the globe.

Merlot is a dry red wine that is widely appealing for its approachability, fruity flavor profile and supple texture. Generally, it’s medium to full-bodied with medium to high tannins and moderate acidity. From cooler climates, it expresses red fruit aromas such as red currant, raspberry or cherry. It can exude more ripe characteristics with darker fruit flavors such as plum, blueberry, or black cherry from climates with warmer temperatures.

In addition to its fruity profile, it often has characteristics of chocolate, coffee, or cedar which are complimented nicely by oak aging.

The Role of Merlot In France

Merlot is most widely planted in France, where it accounts for more than one-third of the world’s total plantings. Roughly half of all grape plantings in Bordeaux are Merlot; it’s the dominant grape in blends that hail from the Right Bank of the Gironde estuary. In Right Bank regions such as Pomerol and Saint-Émilion, it accounts for anywhere between 60% to 80% of the blend. However, it’s not uncommon to find higher percentages, such as the world-famous Château Pétrus, made almost entirely of Merlot. The grape is also in blends from the Left Bank, although it usually accounts for 25% or less of the total composition.

Outside of Bordeaux, the grape grows widely throughout the southern portions of France. Particularly in Bergerac and Cahors, where it is often blended with Malbec.

Merlot adapts well in nearly every wine-growing region, whether it’s a cool or a warm climate. However, given its tendency to ripen early, if it grows in areas that are too warm, it will ripen too early.

The majority of Italian Merlot grows in Tuscany, where it’s a key player in IGT Super Tuscan wines. A large portion of Merlot also grows in northeastern Italy, in the region of Friuli. In both areas, Merlot is commonly blended with its cohorts – Cabernet Sauvignon or Cabernet Franc.

In the United States, Merlot is hugely successful across most of California but also in Washington’s Columbia Valley. Californian styles range dramatically from cheap grocery store offerings to high-end and elegant expressions. While Merlot took a hit following the release of Sideways in 2004, quality versions have been forging a path back into consumers’ good graces over the past few years. Look for versions specific to Napa Valley, Sonoma County, or Paso Robles that are lush and round with jammy fruit character and sweet spice. In Washington’s Columbia Valley, the grape grows well in the eastern side of the state, where it’s dry with cool nighttime temperatures, which help maintain the grape’s acidity. Shop for bottles from regions such as Horse Heaven Hills, Walla Walla, or the Yakima Valley.

In the southern hemisphere, the grape grows widely in both Chile and Australia. In Chile, production rose in the mid-1990s after discovering that what was thought to be Merlot was actually Carménère. Once the mistake became known, producers began importing proper cuttings of the grape. In Australia, look for Merlot grown in areas where the Indian Ocean helps moderate warm temperatures. Particularly in South Australia in regions like McLaren Vale or Coonawarra where (not surprisingly) Cabernet Sauvignon also grows.

One of the reasons people flock to Merlot is because of its versatility in pairing with food. The key with any food pairing is to match weight and flavor intensity. For fruity, easy-drinking Merlot, opt for an easy weekday roasted chicken or weekend burgers or pizza. For full-bodied versions that are ripe and lush, seek out an entrée with beef or lamb. This doesn’t omit vegetarian options, however. Try pairing Merlot with a mushroom lasagne or a hearty bowl of beans and grains.