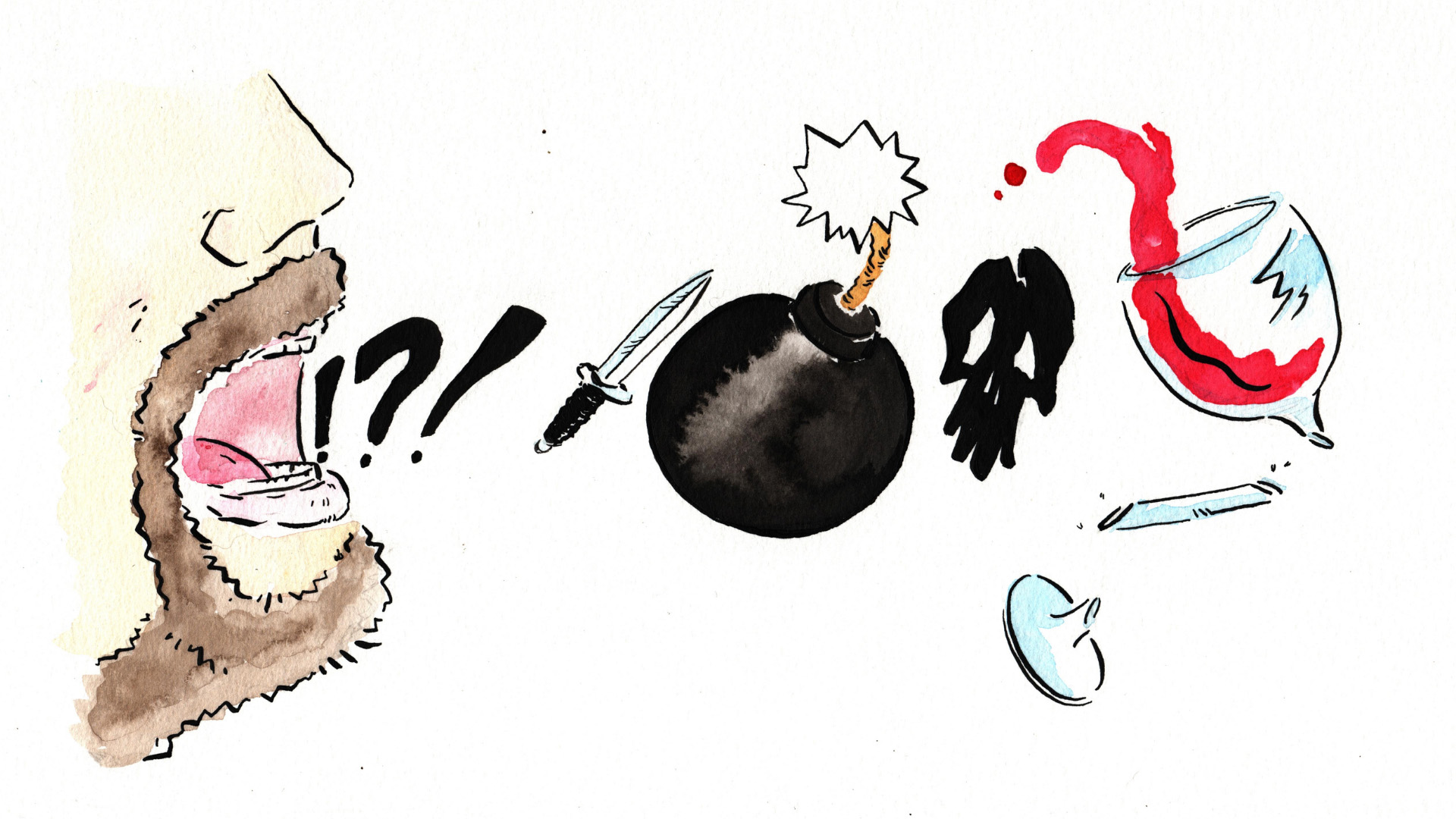 In 2004, a solitary line from a movie – spewing hatred for Merlot – seemingly turned the wine industry on its head. Originally a book, Sideways became an Academy Award-winning movie and was seen by millions of people. If the now-infamous line came from the mouth of anyone other than Paul Giamatti, one of our generation’s most praised character actors, perhaps the wine industry would have seen a different result.

But instead, the lives and livelihood of thousands of wine industry workers pivoted after Giamatti’s raw performance portraying Miles. Viewers couldn’t help but latch onto the words of his unhinged character.

Putting ‘the Line’ Into Context

Surprisingly, the single spoken line is the only reference to Merlot in the entire movie. Miles doesn’t dwell on it, and the topic does not come up again. As interesting hearsay, the character’s disdain for the grape derives from his ex-wife’s devotion to Merlot. This notion is not a part of the movie. But, if viewers had more context, would the effects on the industry have been the same?

At another point in the film, Miles is visiting a winery tasting room and sampling Cabernet Franc. He expresses his disapproval for the grape, though not in the same impassioned way as Merlot. In an ironic twist that isn’t obvious to viewers of the movie, Miles’ sacred bottle of 1961 Château Cheval Blanc (a Saint-Emilion Grand Cru wine from the Right Bank of Bordeaux) is a blend of Merlot and Cabernet Franc. So clearly, his disdain doesn’t transcend all bottles.

The Reputation of Merlot Pre-Sideways

Some people argue that Sideways isn’t solely to blame for the decline of Merlot. Experts say the grape was on its way out already. It was overplanted, and bad versions saturated the market, particularly from bulk producers in California.

John Williams is the owner and winemaker at Frog’s Leap Winery in Rutherford, California. He says that Sideways simply lit the match, “its decline was mirrored by the demand for Cabernet Sauvignon, so the effects were additive.”

The Immediate Effects of Sideways

Following the film’s release in 2004, sales of Merlot were reportedly down for the next few years. Although, declines were only in single digits. Miles’ character’s unabashed love affair for Pinot Noir seemingly sent wine lovers into a frenzy.

Steve Matthiasson is a Napa Valley winemaker and SOMM film alumni. He was a consultant when the movie came out and noticed an immediate impact, “wineries with Pinot Noir seemed to hit the lottery, while Merlot was instantly out of fashion.”

While sales declined, data from the National Agricultural Statistics Service shows that Merlot production didn’t take that much of a hit. At least not for several years.

“The industry couldn’t pivot away from Merlot on a dime,” says Matthiasson, “instead, pricing diverged from Cabernet both in terms of price per ton and bottle price, and Merlot vineyards slowly started getting grafted over or pulled out as grape contracts ran out.”

Matthiasson’s comment rings true when looking at Merlot’s position for the proportion of all crushed red grapes. It held its stake at approximately 17% to 19% for four years following the movie’s release. It wasn’t until 2008 when its proportion slipped to 13%.

Even after 2008, it wasn’t all downhill for Merlot. Sure, in looking at the amount of Merlot (tons crushed), the levels in 2008 were the third-lowest of the entire past 20 years. However, in other years, Merlot production stayed at moderate levels. Other grapes such as Pinot Noir and Cabernet Sauvignon were growing at much higher rates which, in turn, pushed Merlot’s proportion down.

It’s also interesting to note, years that saw drops in Merlot were mirrored by declines of red grapes across the board. A bad harvest overall was simply amplified for Merlot.

It’s clear when looking at the last twenty years that Merlot production has dwindled. “We now produce about one-third of what we did in 1994,” says Willams of Frog’s Leap. He continues, “it took a while for us to realize that the effect on sales was real and not fleeting.”

Matthiasson is definitive in answering the question, did Sideways actually kill Merlot? “It actually did. And it is a shame because we really love Merlot. It is a beautiful variety that shows terroir and makes wonderful wine.”

Williams, on the other hand, blames producers’ lack of integrity. The grape’s popularity through the 1990s and early aughts produced widely-planted, thin wines, both weedy and insipid, “those versions are entirely worthy of the fate they received,” says Williams. He continues, “ironically, all the idiots who were making bad Merlot are now consumed by growing bad Pinot Noir…a sequel?”