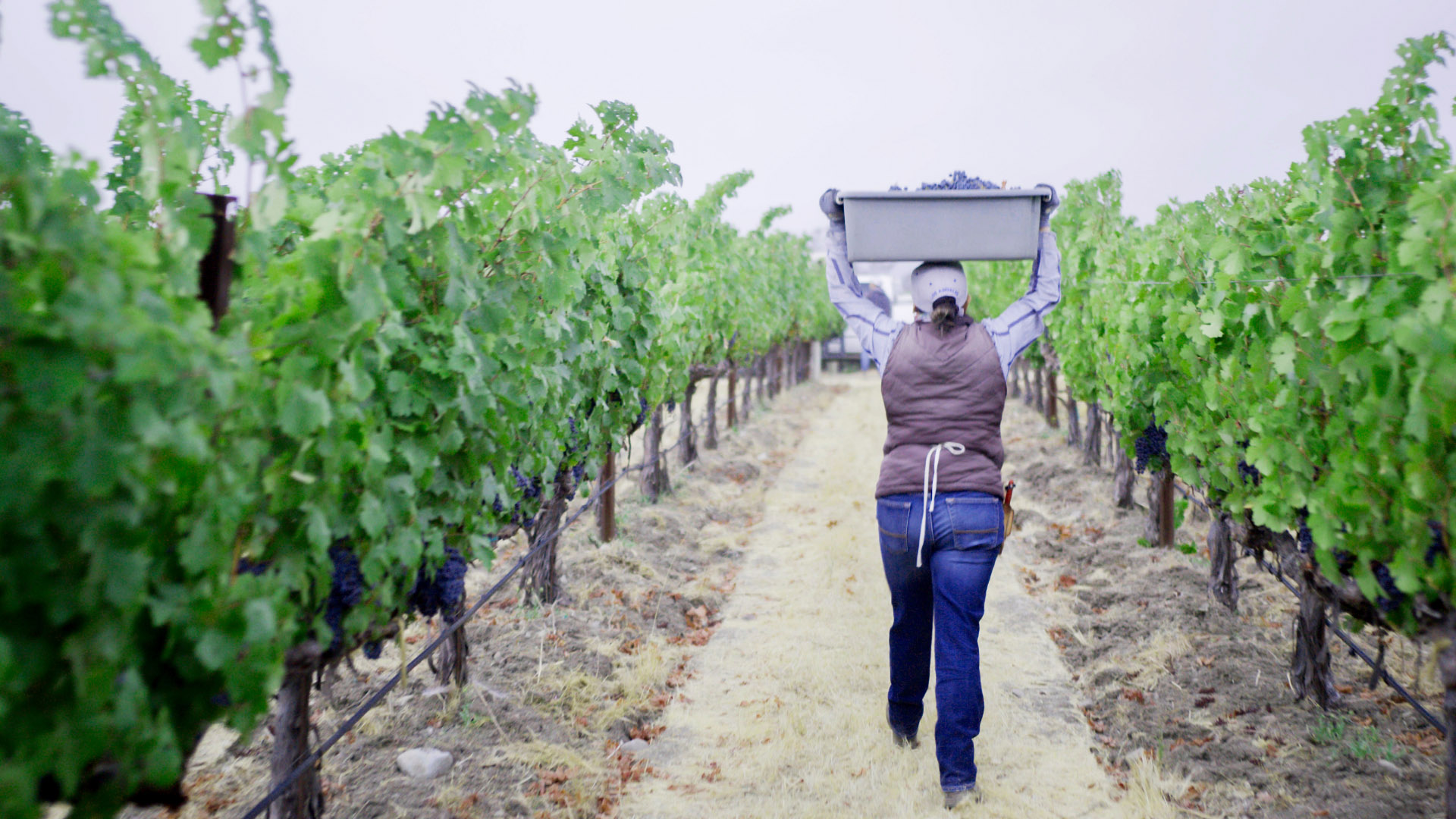 Some aspects of harvest are a guarantee. Like death and taxes, early hours and long days are a requirement from every team member. That includes winemakers, cellar hands, year-round vineyard workers, and seasonal pickers. Harvest is an all-hands-on-deck experience that can draw blood, sweat, and over-tired tears. The excitement of harvest bonds team members, forging camaraderie through the days and weeks.

In Harvest Season: Napa 2021, available on SOMM TV, winemakers Carole Meredith, Steve Matthiasson, Meghan Zobeck, and Priyanka French introduce us into their world during harvest and what those weeks mean for the wine to come.

In the Napa Valley, most winemakers develop an execution plan honed from years of experience. Despite the planning, even in a good vintage, certain things assuredly crop up (pun intended), forcing winemakers to deal with some hurdles.

We reached out to each winemaker individually to get their take on some of the realities of any particular harvest.

Wake Up Calls Are Earlier Than You Think

When someone says they wake up early, 6 o’clock seems moderately tolerable. But the alarm of a winemaker goes off much earlier, particularly during harvest. Meghan Zobeck, SOMM TV cast member and winemaker at Burgess Cellars, says it can range depending on whether the team is picking. “When it comes to picking, earlier is better. It ranges from a 2 am to 5 am wake-up call.”

For Priyanka French at Signorello Estate, the size of the planned pick determines what time she sets her alarm for. “If we are picking fruit, it is most likely around 2 am. Smaller picks are easier, so for those, it would be 4 am. If it’s a regular harvest day with no fruit coming in, I get to sleep in till 5 am!”

Steve Matthiasson of Matthiasson Wines has a couple of decades worth of harvests under his belt. Experience allows him not to need an alarm. “No alarm, too much adrenaline,” he continues, “harvest is two months for us, seven days a week. It’s more of a marathon than a sprint. I don’t go to the night harvests; I have to trust our team. My job is to plan our next move and be available to help with problems.”

Coffee is a Necessity

It’s a running joke in the industry that it takes a lot of beer to make wine. Most winemakers come home at the end of a long harvest day and reach for anything but wine, often a thirst-quenching beer. But coffee is the resounding popular choice for beginning each day. However, there’s debate on how much coffee is needed to propel one through the day.

Carole Meredith of Lagier Meredith has a very pragmatic reason for limiting her number of coffees in the morning. “I only drink 2 cups, first thing in the morning before we start work. Every cup that goes in must come out, and there’s no time for bathroom breaks.”

Cups of coffee mixed with a smattering of espresso shots are the go-to for Zobeck. “I probably average three espressos and 3 to 4 cups of coffee. At that point, I’m not even sure if the caffeine is working, but it feels necessary.”

At Signorello, French cites that her caffeine and sugar intake changes depending on the stage of harvest. “In the beginning, there is a lot of excitement so I can get through pretty well on 2 to 3 cups. Towards the end, when the fuel tank is starting to move towards empty, things get muddled between cups of coffee, espresso shots and a higher intake of sugar (cue harvest donuts).”

For the long, physically draining, and mentally challenging days of harvest, it’s imperative that team members have the chance to regroup.

“For me, the moments are usually in the vineyard,” says French. “Walking through blocks that have been picked (or even yet to be picked) is a very zen moment. I have a block that I prefer to do this in – it has a great view of the canyon that runs along the back of the property and has a great chorus of the sounds of nature.”

At Burgess Cellars, Zobeck also finds her calm among surrounding nature. “I am working with our team to convert all of our vineyards to a regenerative style of farming. As part of that initiative, I have several pollinator gardens that I’ve been working on containing a little microcosm of hummingbirds, ladybugs, lizards and bees. Taking a moment to walk through and observe the life these gardens support is rejuvenating and inspiring.”

No matter how many harvests a winemaker has under their belt, factors can creep into even the most iron-clad plans for a seamless pick. Be it rain, earthquakes, or fires – harvests in the Napa Valley seemingly experience more curveballs from Mother Natura than average.

Carole Meredith cites 2011 as one of her most challenging vintages. “It was cool and rainy. Everyone thought the wine was going to be terrible. The major critics panned the 2011s when the bottles were released. But ten years down the road, that vintage has turned out to be one of the best. It just needed a little time.”

Both Matthiasson and French say the fires of 2017 caused the most stress for them. “There were days of smoke, no power, closed roads, friends losing houses. We were happy to put that one behind us,” explains Matthiasson. French elaborates, “we lost power for a few days and were evacuated from the winery. It was a very surreal experience.”

Mother Nature aside, harvest is an adrenal-filled, sweaty adventure. Vineyard crews hone systems year after year to ramp up efficiency, but that doesn’t mean that newcomers aren’t welcome. Many wineries look for extra hands to help out anywhere between early August and late October.

“We look for work ethic. We love hospitality folks that have worked back of the house too and know how to clean—but we are open to anyone who likes to work,” says Matthiasson.

Passion and hustle are top of Zobeck’s list of traits when looking for harvest interns to help at Burgess Cellars. “The hours are long and physical, so if you aren’t excited to get your hands dirty and grind it out with your team, it will be a long harvest for everyone.”

For French at Signorello, she looks for people that bring a positive attitude, passion for the industry, and a sense of joy to the team. “The part about harvest that many people don’t realize is that you are spending a LOT of time with your work family, so it is so important that everyone get along and enjoy themselves through that time.”

Be sure to reach out earlier rather than later for workers looking to apply to open internships. Most wineries start accepting applications between February and April for that year’s harvest.