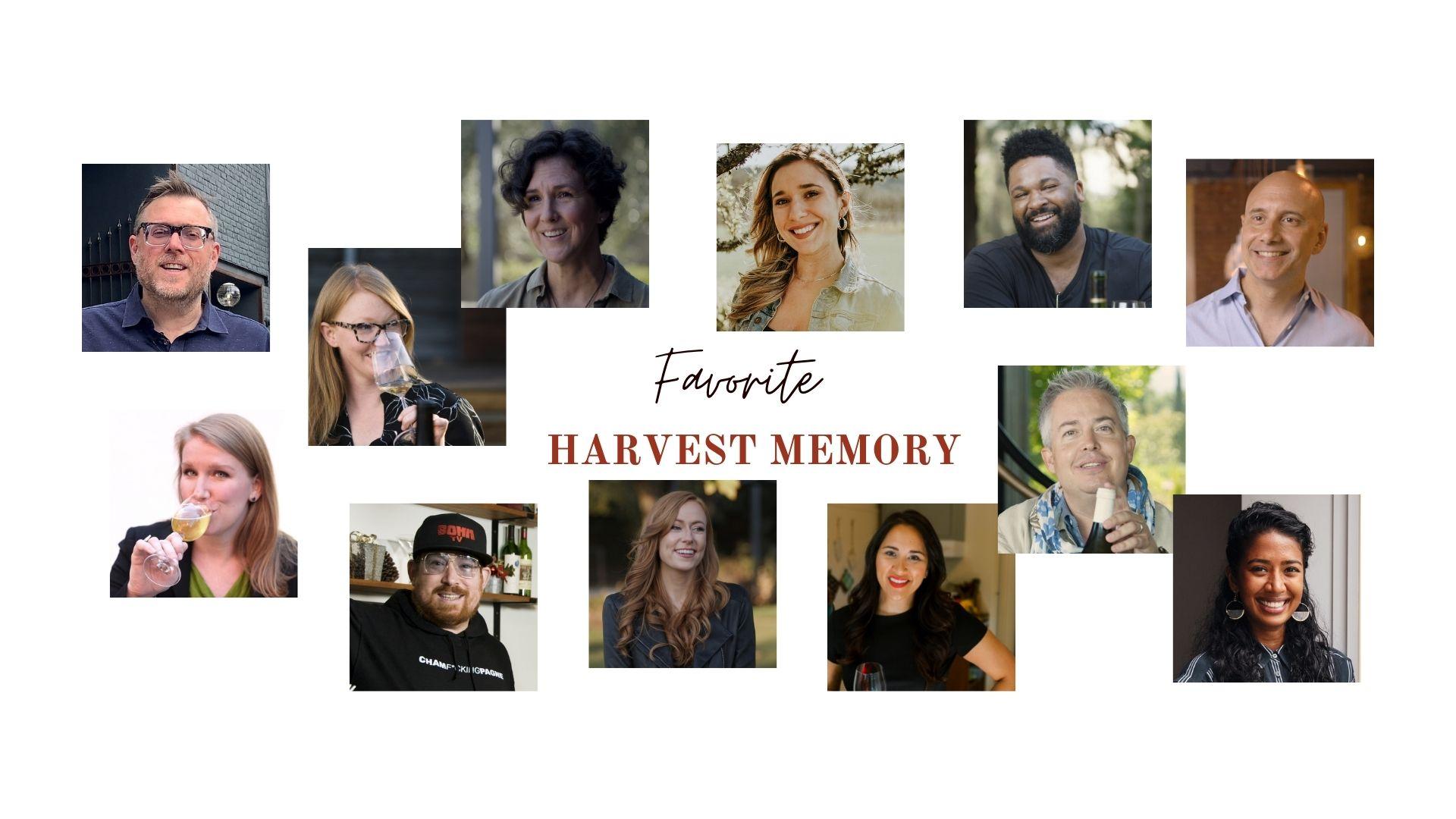 Grape harvest typically falls between August and October in the Northern Hemisphere. For wineries in the Southern Hemisphere, it’s usually between February and April. In the lead up to harvest, winemakers spend weeks measuring the grape’s Brix levels. Essentially, Brix levels measure optimum ripeness. When the levels are reached, the winemaker declares go-time – it’s time to start picking!

Because it needs to be done quickly and efficiently, harvest requires an expanded crew. Those workers often end up being wine students, sommeliers on vacation, or people looking for experience to add to a resume.

Harvest days are long and best suited for those with a deep level of wine appreciation – like our SOMM TV cast members. Despite the sweaty sun hats, dirty work boots, and sometimes bleeding hands – the backbreaking work is often an enriching experience. It’s a full-circle moment being able to sit (or crouch, kneel, or stoop) among the vines, picking grapes, and experiencing the labor of love that goes into every bottle of wine.

Read ahead for the SOMM TV cast’s most memorable moments during harvest.

Stomping Shiraz in the Barossa in my bare feet with blue teeth. —Sabato Sagaria

In September of 2019, I was on a wine trip in the Rhône Valley, and we were asked if we would help harvest grapes at Domaine de la Royère. The group of us went to bed around 2 am the “night before” and had a 6 am wake up call to get to the winery in time. It was so epic picking Bourboulenc and Grenache in a sandy vineyard with harvest workers from literally all over the world. I’ll never forget it! —Matthew Kaner

Blending trials with Fred Merwarth and Oskar Bynke at Hermann J. Wiemer Vineyards during the 2014 harvest. I hadn’t yet learned to build a wine the way Fred does at HJW. He used each plot for a different component of the wine: floral, fruit, sugar, acid. We composed the wine without interference and without expecting the same of each vineyard plot. It’s one thing to read about that principle and another to take part in it. It was a fascinating and vital process to observe. —Maryam Ahmed

I’ve actually never worked a harvest, agh! I need to get on that! —Jill Zimorski

It has to be Pilcrow in 2014. Our promise with Pilcrow is to make wine that is a love letter to the Napa Valley circa 1960. And to fulfill that promise, we look at harvest with a distinct purpose. Specifically, we pick fruit in the early stages of ripe, not the last stages. And so, we were up on Mt. Veeder, at the old Robin Williams estate, launching our dream and picking Cabernet Sauvignon for the very first time. I asked the foreman of the picking crew, “what are you picking after us?” he said, “Sauvignon Blanc is next.” SB?! Holy sh**! Did we call the pick too early, or is he picking too late? We weren’t sure, but now we get it. Follow your path and stay true to your vision. Oh, and that guy’s SB came in at 15.5% ABV. So, yeah, we still pick “early.” —Jonah Beer

The best thing about working harvest is how much it feels like being part of a team. The work can be abhorrently hard – just tiring and at times also tedious – but that challenge drives home the sense that we are in it together. And when the wine starts to show itself, the sense of reward is irreplaceable. —Elaine Chukan Brown

One year, in exchange for some vineyard work, a friend gave my husband and me a half-ton of fruit to play with. We decided not only to pick it by hand but to destem it by hand. Obviously, we had no idea how long that would take. Six of us spent six hours picking the damn fruit and then several more destemming it in the back of our pick-up truck. Everyone else had to clean up and head into work (we were still at PRESS at the time). I had the night off, so I kept going. By the time my husband came home at 2 am, I will still perched on the rim of the truck, wearing a headlamp, picking berries off bunches like a chump. Annoying at the time, extremely funny in retrospect. —Kelli White

In 2017 I had the opportunity to spend a few days with the Pepe family of Emidio Pepe in Abruzzo, and I got to stomp on Trebbiano. It was a tough workout but tons of fun. —Jeff Porter

One of my fondest harvest memories is sitting on top of the glycol chiller at a winery that shall not be named, smoking cigars and drinking Wild Turkey with the winemaking team after a brutal run of very long harvest days. It may sound odd, but if you’ve ever worked a crazy harvest with a really good team and your chiller didn’t die on you, you know what I’m talking about. —Meghan Zobeck

I actually have yet to work an entire harvest! I helped out for one morning at Carhartt Vineyards in Santa Barbara, and it was absolutely delightful. It is incredible to watch a team hand harvest with lightning-like speed and meticulous precision. It gives you such deep respect for the finished product to be amongst the vines and the people who work so hard to bottle something beautiful for us all—and getting to watch the sunrise over the vineyards? Well, that is the proverbial icing on the cake. —Claire Coppi