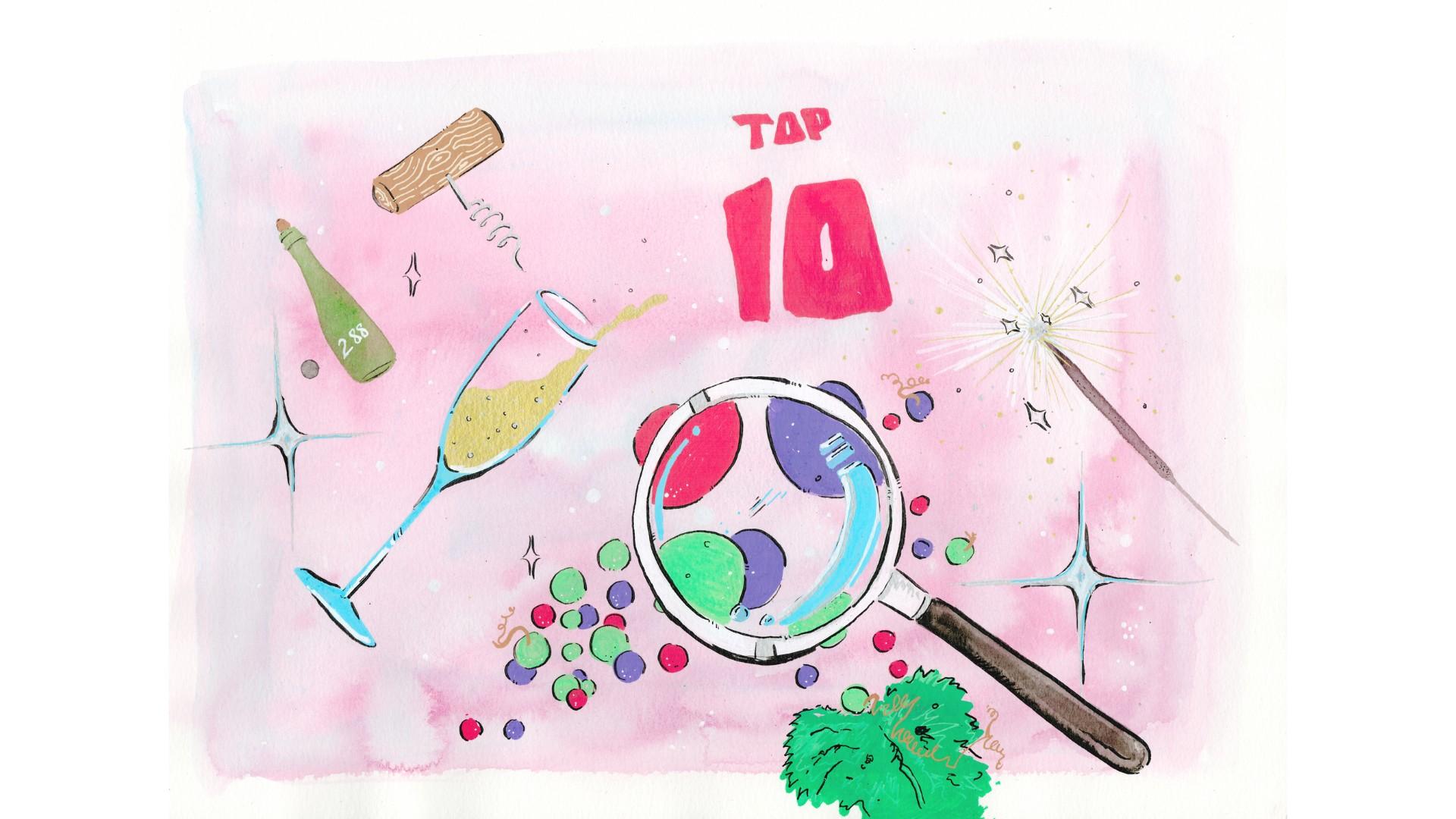 It’s safe to say most people have watched at least one of the top three most-watched shows on Netflix: Squid Games, Stranger Things, or Wednesday. But none of those series showcases iconic wine producers, the world’s best restaurants, or jaw-dropping vineyard scapes from regions across the globe.

Enter SOMM TV. From original series to industry-shaking films, SOMM TV added more than 100 videos to its platform in 2022.

Curious about what wine enthusiasts, foodies, travel buffs, and cooking competition fanatics have been watching? Here are the top 10 most-watched videos on SOMM TV this year.

When SOMM TV went to Aspen in June to give subscribers an insider experience at the FOOD & Wine Classic, they pit two master sommeliers against each other for an episode of Blind Tasting Sessions.

With hundreds of bottles surrounding them in the iconic wine cellar of The Little Nell Hotel, Bobby Stuckey MS and Sabato Sagaria MS blind taste a wine picked out by Jay Fletcher MS.

Nominated for a James Beard Award, SPARKLERS is a competition cooking show unlike any other. Throughout its 13 episodes, five wine pros compete in the kitchen while highlighting sparkling wines from across the globe.

In episode six, Italy’s Villa Sparina sparkling wine is at the center of the challenge, where competitors must create a dish inspired by Chef Thomas Papa.

Furmint is a bit of a mystery for many wine enthusiasts. It can range in styles from dry, light, and racy to rich and oak-influenced. And, let’s face it, it doesn’t exactly have the same familiarity as other white grape varieties like Chardonnay or Sauvignon Blanc. Perhaps this is why viewers were drawn to this episode of Tasting Notes with Claire Coppi.

In this episode, Claire explores the world of Furmint and the wine it produces in Hungary’s Tokaj region.

In honor of the 46th anniversary of the Judgment of Paris, this episode of Drink a Bottle features the host of CNN’s Nomad, Carlton McCoy, and longtime Heitz Vineyard manager Mark Neal. Together, they drink the famous and incredibly rare 1970 vintage of Heitz Cellar Martha’s Vineyard Cabernet Sauvignon chosen for the famous Paris tasting.

Learn the story of founder Joe Heitz and the event that changed California wine forever.

Pairings is a transport into another world, one where food and wine reign.

This episode, featuring Rome’s Rimessa Roscioli, is a master class in the country’s culinary culture. Discover the perfect meatball pairing, cheese and wine duo’s, and the ultimate bottle to open with Cacio e Pepe.

Watch the trailer for Pairings for an inside look at the world’s best restaurants and the sommeliers and chefs who create them.

A Closer Look is an original series that takes viewers on a journey to wine regions around the world with expert guidance from professionals who live there.

In A Closer Look at Côte Rôtie, Phillippe Guigal, third-generation family owner of the Rhone Valley’s iconic E. Guigal, shares what makes the valley’s northern appellation — which is known for Syrah — so unique.

It’s no surprise that the debut episode of Pairings is in the top 5 most-watched videos on SOMM TV.

Featuring SingleThread, a three-Michelin-star restaurant in Sonoma County, this episode is beautiful to watch. Chef and owner Kyle Connaughton, with his wife, Katina, who runs the restaurant’s farm, and Rusty Rastello, the restaurant’s wine director, work collaboratively to create perfection between food and beverage.

Auction Lot 288 profiles the excitement of one of the most highly anticipated wine auctions at Christie’s of London.

In December 2021, a bottle of 1874 Perrier-Jouët was at center stage, with incoming bids coming from all corners of the globe. Having survived world wars, stock market crashes, and pandemics, the story of this bottle is not to be missed.

The hospitality industry went through devastating loss in 2020, with tens of thousands of restaurants closing their doors, some permanently.

Saving the Restaurant follows Master Sommelier Bobby Stuckey through early lockdown as he navigates lobbying for government funding to help save independent restaurants through his leadership position with the Independent Restaurant Coalition (IRC).

Evolution in modern culture has contributed to the shift to quick food, eliminating much need for traditional butchery. Once a cornerstone of small towns across America and the world, The Whole Animal explores this ancient profession.

A cultural call to this lost art, the film journeys across continents to honor the butcher and the animals who grace our tables.

Want a glimpse at the most-watched video of the year? Check out The Whole Animal trailer below.