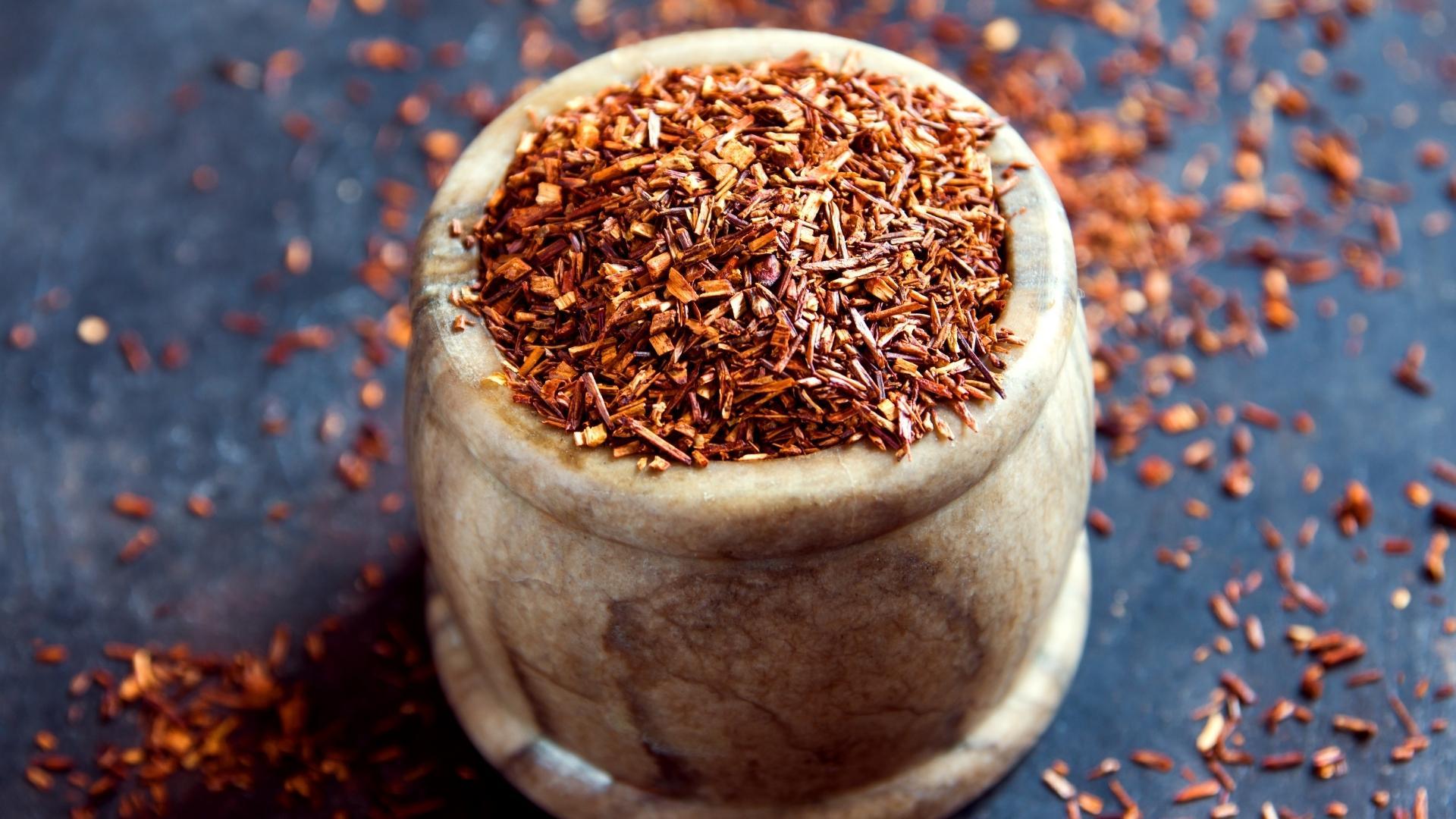 “Where there’s tea, there is hope.” English playwright, Wing Pinero, may have been onto something in the late 1800s. Centuries later, some winemakers are replacing sulfur with tannins from tea leaves. In 2011, Trevor Strydom had an epiphany when his daughter brought him a cup of Rooibos after a long day in the cellar of his winery, Audacia in Stellenbosch. He had been mulling over alternatives to sulfur and this moment prompted a journey of experimenting using both Rooibos and Honeybush plant wood and later tannins.

Sulfur use in winemaking has been a hot topic for years, evoking strong opinions on both sides. Many producers find it necessary to deliver a continually homogenous wine. There are a multitude of other winemakers that wish to avoid sulfur to produce a wine that is “alive”, showcasing terroir and the true nature of the variety.

Yeasts naturally produce sulfur dioxide during fermentation, so all wines contain some sulfites. Sulfites ensure that the wine tastes roughly the same as it did upon bottling. Natural winemakers strive for no additional sulfites but will sometimes use small quantities. In contrast, conventional winemakers use up to 10 times as much to kill off natural yeasts. Sometimes, they even add more to prevent microbial spoilage and minimize oxidation. Wines labeled with “zero-zero”, “sans-soufre” (French for ‘‘no-sulfur’’), or “NSA” have none added at all.

So what’s the issue with sulfur? First, it’s not without health drawbacks. Also, many feel its overuse deadens a wine. The trend of consumers opting for “free-from” food and beverages has been steadily rising over the past decade. While sulfites are Generally Recognized as Safe (GRAS) by the FDA, many blame them for inducing headaches, hangovers, and hives. While there is research to attest to these claims, the jury is out on how much influence sulfites are to blame over histamines.

A lot of gravity lies on terroir and the inherent traits of grapes. Any winemaker worth his salt strives to make a wine that sings of its place in the world and the natural forces that make it unique. So to use a product that strangles out that essence would be inefficacious.

And so, the neverending search to find innovative ways to make a wine without sulfur carries on. Enologists have toyed with many solutions, and tannins have proved to be a worthy adversary. Tannins are an astringent polyphenol in plants, wood, leaves, and coffee. Tannins from wood and vines, grape skins and even olive have been successful and lead the way for what may be a revolutionary sulfur substitution.

When Strydom tested his theory of using Rooisbos and honeybush plant tannins, he couldn’t have been happier with the results. “It unmasked and unleashed the fresh fruit and delicate flavors often suppressed by sulfur,” he says.

This breakthrough led to the formation of Red Dawn, a company that preserves, protects and enhances wines using its patented tannins. A water ethynol process extracts the antioxidants and polyphenols from the plants, leaving a dried powdered tannin which has been approved by the South African Wine and Spirits Board.

The findings were so promising, South African wine giant KWV and Namibia Breweries hopped on the bandwagon. These producers were able to make a stable product that is healthier and more vivacious than its counterparts. And they were able to do so using a local and treasured plant.

Seven years later, Erica Crawford, owner of Loveblock in Marlborough, New Zealand, went to Audacia and decided to try this with their well-known Sauvignon Blanc. While Strydom prefers to work with red wines, Crawford saw the potential for a softer iteration of her Sauvignon Blanc by using green tea tannins in what she called TEE. Loveblock uses Ti Premium®SG —a catechin tannin extracted from green tea leaves (Camellia Sinensis) made by Enologica Vason in Verona, Italy. It has shown effective inhibition of oxidase enzymes (laccase & polyphenol oxidases).

A Long Way From Acceptance

Amid all the excitement, there is still uncertainty. Gavin Lavi Sacks, Professor of Food Science at Cornell’s Enology and Viticulture program, argues that tannins from both tea leaves and grapes skins could have interchangeable use. Still, neither of them would stabilize a wine as well as sulfur. “Chemically, both tannins are mostly flavan-3-ols. They are typically of lower molecular weight with minor differences that may result in them having a little bit different sensory properties,” he says. “Because of their similarity, I’m not sure why tea tannins would be better at protecting sulfite-free wine from oxidative changes than grape tannins. Despite their reputation as ‘antioxidants’, both tea and grape tannins are rather weak antioxidants in comparison to SO2. They would not be very good at preventing oxidative changes (release of aldehydes, loss of fruity-smelling thiols).”

But maybe that’s the point? A less aggressive approach to stabilization allows for growth in good ways. Sulfur being like a finger trap—the more pressure you use, the more trapped you become.

Crawford owes the remarkable protection to the amount of concentration (5mg/L every time the wine is exposed to oxygen). Therefore more catechins are available to inhibit oxidative enzymes and mop up dissolved oxygen.

“TEE is different to our Sauvignon Blanc from the same vineyard with a post-ferment sulfur addition. Undeniably Sauvignon Blanc, yet softer and spicier flavors peek out, such as saffron, cumin, mandarin zest. They develop differently without sulfur stifling them,” she offers.” Faultless winemaking is imperative in making this style of wine as the quality of the grapes is definitely on display with nothing to hide behind.”

Future Use in the United States

So we have this possibly revolutionary product, but many regions cannot take advantage of it. In the U.S., before the TTB accepts it, the process must go through a pharmaceutical-grade company to supply documentation that it is fit for human consumption as a food product.

Wineries that use them are having a tough time getting their wines into American wine lovers’ hands. “It’s an enological tannin—these things have been in use for hundreds of years, but traditionally it comes from other sources like oak, grape skins and pips,” says Crawford. “The New Zealand regulator, MPI, shows that this product can be used as a tannin for wine made in New Zealand. As both New Zealand and the United States are members of the World Wine Trade Group, the United States is required to recognize New Zealand’s oenological practices.”

It’s interesting to think about where this could lead. Could food products become shelf-stable using these tannins? Make-up? The possibilities are endless, but it doesn’t just come down to approval, a more cognizant public is also key. “It’s been extremely difficult to get the wine industry to change from using sulfur. In South Africa, most people don’t read the back labels and believe wine to be an entirely natural product,” says Strydom. “It’s been a struggle to get a very traditional wine industry to try this innovation.”

5 Things To Know Before Starting A Wine Company

10 Most Common Types of Soil for Growing Wine Grapes