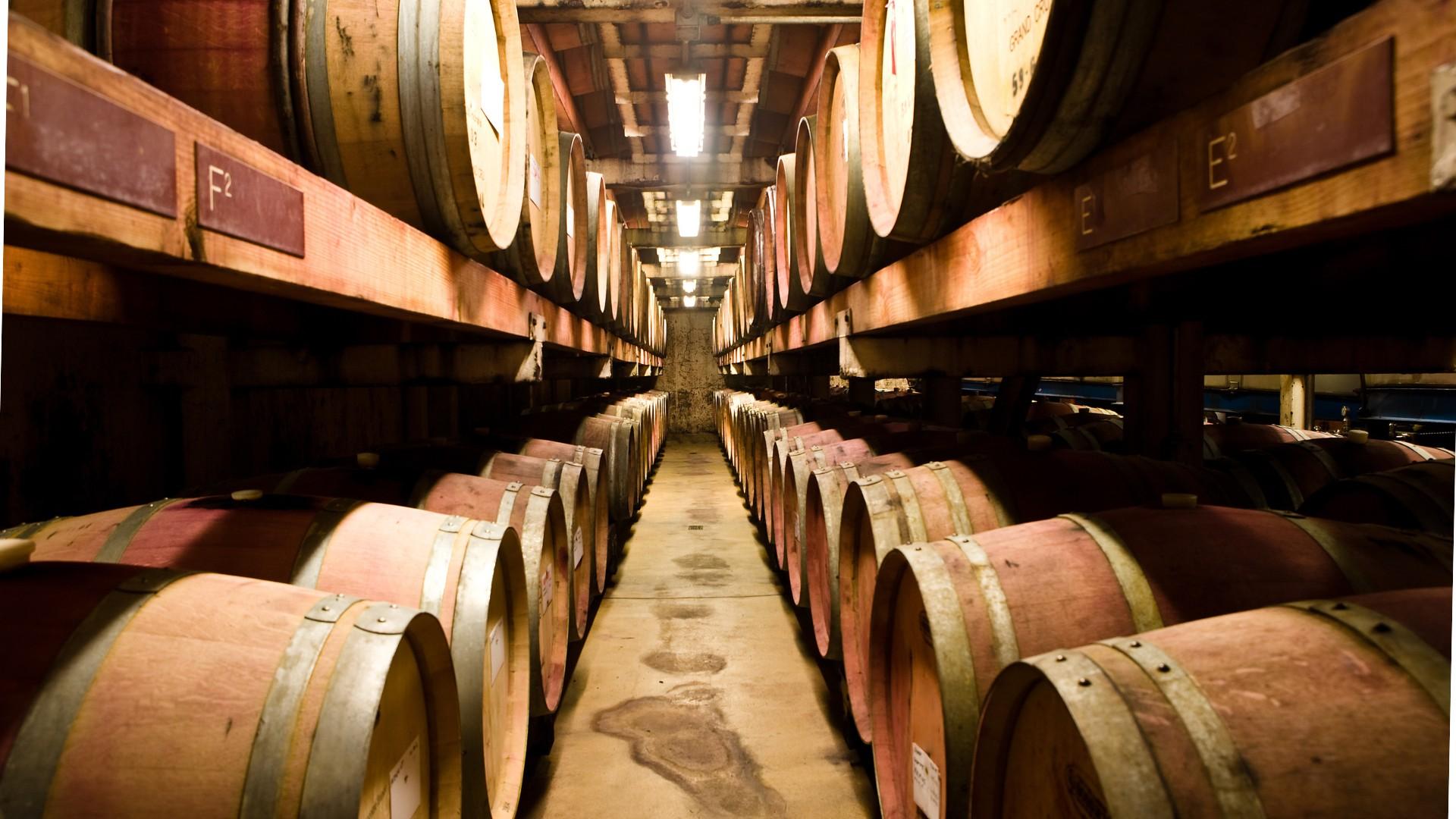 The word terroir has become a vocabulary staple among industry pros and passionate wine drinkers. Though generally speaking, terroir most commonly refers to the land and the elements that characterize it (soil, climate, topography, etc.). However, some industry professionals believe the environment in which a winemaker raises a wine also plays a massive role. SOMM TV spoke with numerous professionals to break down the notion of “cellar terroir” — and the conversation is much more complex than you may think.

The Concept of Cellar Terroir

Even without credible evidence, many agree that when it comes to the concept of terroir, cellars most definitely have them. Ted Vance, owner and president of The Source Imports, believes that cellars and their atmospheres play a role in wine’s terroir, despite having any scientific proof. His biggest point of reference is what he describes as the ‘Rayas Effect.’ “When trying to posit some hypothesis as to why Michael Malat’s wines, though not made so differently than others in the region, are so unique in profile and expression, my proposal was that it could be cellar (three centuries old) and/or barrel (decades old) related,” he says.

Vance has little doubt that the cellar — apart from the actual winemaker — plays a part in a wine’s character. “I believe that if Château Rayas’ Emmanuel Reynard or Michael Malat decided to harvest fruit from their vineyards and make them in someone else’s cellar with a replica of materials/tools/vessels (yet not the materials from their original cellars), and the same timing as another batch of grapes from the same vintages and plots, that the wines would be quite different,” he states. “It’s hard to imagine that they wouldn’t be, no?”.

Like vineyards have components that define their terroir, so do cellars. Laura Diaz Munoz, winemaker and general manager at Ehlers Estate, explains that the microbiota (yeasts and bacteria) on tank surfaces, barrels, and winemaking tools can play a crucial role. One example is through yeasts and fermentation. “The yeast present in the cellar is normally more resistant and prevalent than yeasts present in the vineyards,” she explains. Studies have proven that fermentations can start with the yeast from the vineyard. Still, the cellar population can take over quickly and surpass in quantity — and therefore, have a bigger impact on the wine’s profile and fermentation behavior.

According to Vance, mold, yeast, acetic acid, and every organic compound from a winery could give variances of influence. “Give the same juice to two winegrowers to make them the same in two different cellars where they are not concerned about anything but making sure the inside of their barrels, hoses, and equipment are mostly clean. One would expect the wines to be different.”

Byron Elmendorf, head winemaker at New York-based Macari Vineyards, agrees. “If you think of the terroir of a vineyard as the sum of environmental and climatic factors that contribute to the compositional potential of the grapes, it’s reasonable to consider the cellar as the analog for the wine,” he says.

Outside of the yeast influence, Elmendorf states that less obvious factors — like the contribution of non-saccharomyces organisms and swings in temperature and humidity ranges — generally affect wine to some degree. “Any change that alters the homeostasis of those parameters is likely to lead to changes in the wine. Though the extent of that should depend on how much they contribute to the wine profile in the first place,” he says.

However, not all winemakers agree. “Cellars can certainly influence terroir expression,” says Andrea Lonardi, winemaker at Tusan-based Val di Suga. “Although I am not fully convinced we can consider a cellar as part of the terroir, that is if only natural conditions make up the terroir.”

This leads to the next point, underground versus above ground cellars. Lonardi explains that wine expression will be influenced if cellars, particularly barrel rooms, do not have temperature control. “Quality of the air and evidence of yeast and bacteria in the air will also influence wine expression,” Lonardi continues. So does using technology to control factors of a cellar or barrel room interfere with the true expression of terroir? It all depends on what your view of natural conditions is.

Underground vs. Above Ground Cellars

For those who fervently believe in the concept of cellar terroir, the debate surrounding technology — and, moreover, moving underground cellars to above ground — makes all of the difference. Wine importer Neal Rosenthal believes a good amount of a cellar’s influence is lost when it moves from below to above ground. “I’m not a scientist, but it’s clear to me in my long history here that each cellar has its own particular atmosphere,” he says, noting that underground cellars had long been the traditional means of dealing with wine during its vinification and elevage almost universally. The advantages of underground cellars, specifically before temperature control, include their natural atmosphere, mostly stable year-round temperature, and ability to create an ambiance where wines would not oxidize or age rapidly (due to heat).

“When you’re working underground without temperature control, there are bacteria of all sorts that are in the air that are part of that underground atmosphere, that are unique to a particular place,” he explains, additionally stating that these effects become more evident the longer the wine remains underground. As modern-day growers continue to bring their underground activities above ground, Rosenthal describes that the “natural environment” changes with air conditioning and heating systems. As a result, the unique nuances of said cellar are lost.

“When you are in control, you’re creating a more neutral environment for the wines. So, you don’t see the little nuances that come into play that were part of the history, evolution, and character of these individual wines that were being vinified and aged underground without any kind of temperature control,” he explains.

For Lonardi, working with natural conditions — without any control — is not ideal. “Natural conditions are not exactly what we like to have in our cellars at Val di Suga,” he says, adding that in contemporary winemaking approaches, processes must be in control and checked to preserve the wine.

Vance ponders that any cellar change would likely affect wines, but it would be hard to quantify. He cites the recent cellar change of Nicolas Rossignol, who moved from the underground to above with the first entire vintage of 2017 — and ended up having a breakthrough year. “Cellar influence? It’s possible. But, I would attribute it to better control from a logistical standpoint and his pleasure and positivity working in the new space.”

In short, Vance feels that the effects of moving a cellar from below ground to above ground are probably not measurable. That is unless the temperature and humidity are very different (and you could therefore measure higher levels of certain things affected by it, such as volatile acidity, oxidation, etc.). “[Even if not quantifiable,] I bet that if a trial were done, there could be some conceivable difference. Perhaps not in measurable structure, but in organoleptic nuance and personal intuitions,” he says.

And speaking to those intuitions, Rosenthal remains not convinced. “It’s generally negative to bring cellars above ground, as you’re losing one element of idiosyncrasy that helps to define these wines,” he says. While he agrees that there are many good reasons for winemakers to move their cellars above ground, particularly in the realms of physical labor, space, and efficiency, Rosenthal stands by the practices of underground vinification and aging. “[Above-ground cellars] create a tendency towards uniformity and homogeneity. You get less flawed wines, but they tend to lack a certain nuance,” he says.

Soil vs. Cellar – Which Is More Important?

Elmendorf states that it’s debatable whether the concept of cellar terroir is as uniquely defining as the more traditional idea of terroir. This is mainly due to the notions of control and modification via technology, as stated above. For Rosenthal, despite his advocacy for cellar terroir, the soil from which the grapes grow still “dwarfs everything” regarding the concept of terroir. Diaz Munoz agrees. “I believe that cellar terroir influences the quality and personality of the wine. However, it can’t replace the defined and unique terroir that comes from the vineyard site,” she affirms. “Cellar terroir can be controlled, but vineyard terroir can’t be modified.”

However, Vance remains firm that cellars are equally as important. “If it were just the dirt at Château Rayas that makes them taste so Rayas-y, then why do his Fonsalette, Vacqueras, and the Vaucluse wines express that inexplicable Rayas taste?” he ponders. “If it wasn’t the cellar, why hasn’t anyone successfully replicated the style with only the slightest variation?” Vance also states that wood, as well as SO2 levels, most certainly have a lot to play in revealing cellar terroir. “And if you are an obsessive cleaner but use low SO2 levels, you will likely have more cellar influence than someone using higher SO2 doses,” he says, stating that the older the barrel is, the more personality it often has. “Wood aging has so much to do with everything in a wine, and old ones in the same cellar have their own cellar cure,” he says.

Proof Is In the Juice

Vance sums it up best: to control or not control. The pros and cons of underground versus above-ground cellars are evident, and there’s unanimous agreement that cellars play a role in a final wine’s profile and structure. The quantifiable amount of how much so remains unidentifiable, yet the confidence and intuitions behind its impact remain firm.