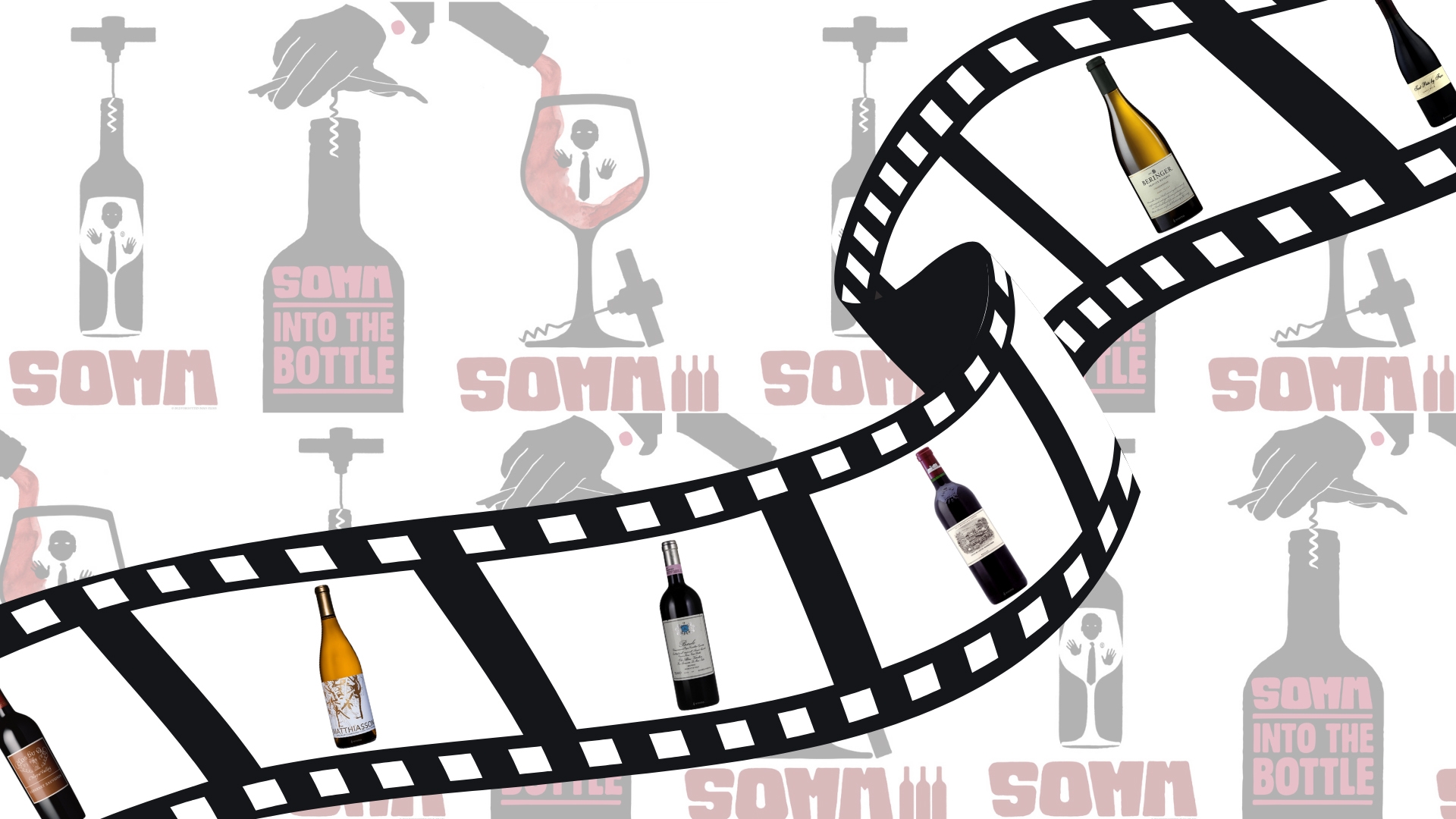 It’s an interesting exercise rewatching the three SOMM films in our current Covid state. The original SOMM film shows a group of Master Sommelier candidates regularly tasting wine, with far less than six (socially distant) feet between them. SOMM: Into The Bottle opens with a couple walking through a restaurant. Not a face mask or a table partition in sight. That’s the glorious thing about film; it captures a moment in time. And fortunately for wine fans and the SOMM films specifically, it also gives us a peek at some of the rarest or most sought after bottles of wine ever made.

To reconnect with the time and place that the SOMM films so expertly transports us to, we looked up some of the bottles featured in the films. Most of the wines and the specific vintages are incredibly limited, currently housed in the world’s most prestigious collections or still in its winery cellars. However, some of those wines in recent vintages are attainable and affordable.

Read on for eight bottles from all three SOMM films available to buy on Vivino right now.

Note: Prices are in US dollars. Availability may vary depending on the state of residence.

Truthfully, there are very few specific producers mentioned in the first SOMM film. There’s a lot of banter about Vacqueyras, Sancerre, and Barolo, but no labels visible on screen.

To begin, we’re going to cling to the Clare Valley Riesling descriptor made famous by Ian Cauble. Less than 10 minutes into the film, Cauble and Dustin Wilson taste wine together. Wine number one has aromas reminiscent of a “freshly opened can of tennis balls” or “fresh new rubber hose”. While neither descriptors are common to general wine drinkers, they’re precise in describing the dry and austere wine. Our choice wine to express this is the highest-rated Clare Valley Riesling on Vivino. The current vintage available for purchase is 2015.

About halfway through the film, the Master Sommelier candidates each sit for another tasting. This time, Chardonnay is focus with a version from the New World placed next to a white wine from Hermitage. The New World expression was Beringer Private Reserve 2008 from the Napa Valley, a bottle commonly found on restaurant wine lists. The current vintage available for purchase is 2018.

SOMM: Into The Bottle

The second SOMM film takes viewers on a journey through ten chapters. Each chapter highlights the story of a bottle and what makes it special. The first chapter, The Winemaker, shows Steve Matthiasson dealing with the wreckage following the 2014 South Napa earthquake. The 6.0 magnitude quake rocked the Matthiasson winery in the early morning hours of August 24, destroying a portion of the 2013 vintage that was in barrel. Matthiasson Linda Vista Vineyard Chardonnay will forever have a legacy for being affected by the earthquake. The current vintage available for purchase is 2020.

In chapter seven, The Barrels, the film explores the tension created by winemakers in Barolo for choosing to use new French oak. In 1985, Elio Altar released one of the first Barolo wines that incorporated new French oak, dramatically changing the approachability of Barolo wine. Previously, wines made from the Nebbiolo grape would take decades to soften and be drinkable. But with the use of oak, the grape’s high tannin levels would soften sooner. Altar is considered one of the most influential Barolo producers in modern history for his then-controversial practices. The current vintage available for purchase is 2014.

In the film’s final chapter, The Memory, Master Sommelier Fred Dame recalls opening a bottle of 1870 Château Lafite Rothschild. In 1855, Lafite was one of the four original Bordeaux estates to receive 1st growth classification. The 1870 bottle is perhaps one of the rarest bottles of wine on the planet. It’s priceless in the eyes of many. The 2006 vintage is listed for approximately $1,200. And while that’s undoubtedly unattainable for many. It’s a steal of a deal in the context of the Rothschild history.

SOMM 3 is an ode to characterizing wine by taste and memories, not point scores or prices. It does this through several references to arguably the most famous wine tasting to have ever happened, the 1976 Judgment of Paris. The tasting pitted California Cabernet Sauvignon against red Bordeaux in addition to California Chardonnay against white Burgundy. California took top honors for both red and white, and the 1972 vintage from Clos du Val was among the group of wines that made waves across the globe. The current vintage available for purchase is 2014.

The film weaves together a narrative between the 1976 tasting to a present-day tasting. In an attempt to prove that good Pinot Noir can come from anywhere, Dustin Wilson of Verve Wine stages a blind tasting with some of the industry’s most notable sommeliers. Among the six wines, By Farr Tout Près Pinot Noir was the only one from Australia (Geelong) and the only wine to be called correctly (although that wasn’t the purpose of the exercise) by Master Sommelier Michaël Engelmann. The current vintage available for purchase is 2018.

And finally, a third tasting is staged, also in the present day, with three industry icons: writer and critic Jancis Robinson, Master Sommelier Fred Dame, and Steven Spurrier, the organizer of the 1976 Judgment of Paris. Together, they share the bottles that made them fall in love with wine. The bottle from Jancis is a Burgundy. But not just any Burgundy. A 1959 Chambolle-Musigny Premier Cru from Domaine Comte George de Vogüe. The current vintage available for purchase is 1993.