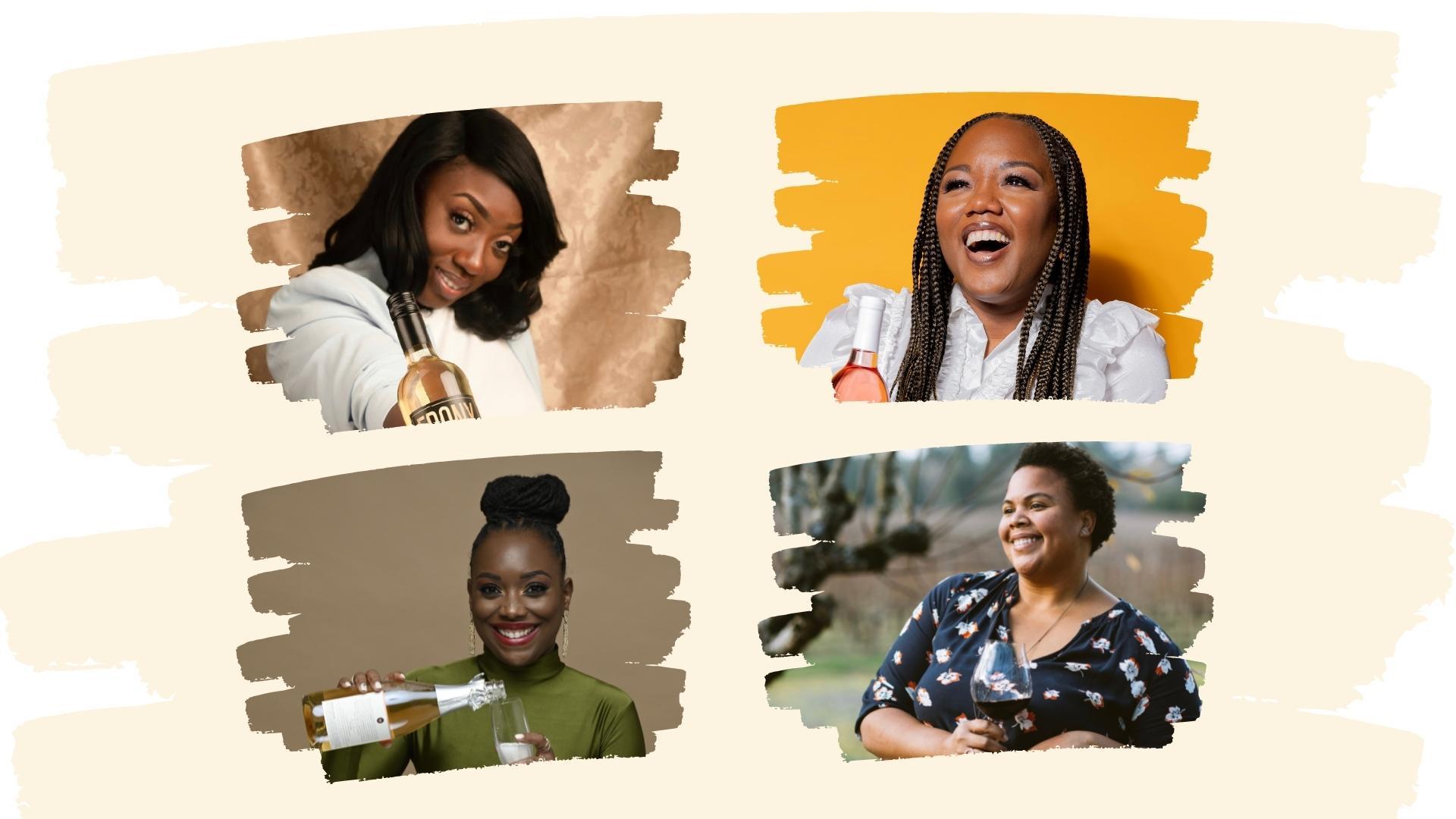 “Black women in wine” has never been a familiar phrase in the industry. Though roles in wine vary greatly, it’s been reported that a mere 0.1% of winemakers are Black, and even fewer are Black women. By comparison, the tech industry— known for its diversity challenges— has 3% of computing jobs going to Black women. That’s roughly 30 times the number of Black winemakers.

According to a 2020 study of Black wine entrepreneurs (in which 78% identify as female), one-in-five respondents cite racism and bias as the number one obstacle to growing a business. 78% cite racism/bias as a greater challenge for entrepreneurs in wine than in other industries.

The disparity is well-known, prompting somewhat of an awareness shift, particularly over the last two years. Thanks to the (sometimes) uncomfortable and challenging work to highlight diversity and foster mentorships and scholarships, Black women in wine are increasingly becoming grand forces of inspiration.

Bias in the Industry

“Let’s be honest, I still have challenges,” says Chrishon Lampley, founder of Love Cork Screw. “I’ve spent the past decade establishing credibility in this industry and earning a seat at the table, but the truth is it’s still an uphill battle.”

Since its inception in 2013, Love Cork Screw has sold over 1 million bottles of wine and acquired over 1,800 retail placements in stores like Target, Walmart, Whole Foods, and Total Wine & More. But with significant gains comes constant worry. “Every day, I am scared of losing placements on shelves. I always have to do twice as much as my counterparts to even be considered,” says Lampley. “It’s a daily struggle. However, I cry for a minute, then pick myself up and work harder.”

For Chevonne Ball, certified sommelier and founder of Dirty Radish, a travel experiences and wine curation company, being looked over as a Black woman in the industry is all too familiar. “Working in service, there were a lot of microaggressions that I just dealt with. It wasn’t until getting out of that work that I realized how much I tolerated it up to that point.”

After moving to Lyon, France, to study gastronomy and viticulture in 2009, Ball returned home to the Pacific Northwest to help people find a passion for French wine. Even with her expertise, she was often met with an underlying demeanor. “There were moments when I had to remind people that I’m a ‘server’, not a ‘servant’. There were many times when there was a specific tone that I could hear with people where they wouldn’t speak to others that way,” says Ball. “Even now, when I say I speak French, there is skepticism. I know that, so I push myself to be the best in that space, as best as I can be.”

Fortunately, these challenges have not stopped these women from making their mark in the industry.

Since eclipsing the 1 million bottle mark and achieving national distribution, Lampley was featured in Times Square in New York. “I flew to NYC with a backpack and stood in the middle of the street and cried when I saw my hard work pay off in such an amazing way,” she says.

For Aamira Garba, owner and winemaker of LoveLee Wine, her success comes in the form of accolades. Her California-made wines earned two bronze medals from TEXSOM. Additionally, LoveLee Wine was named “Brand of the Year” and “Who’s Next” at The Hue Society’s annual Wine and Culture Fest. “It makes me feel amazing that people see me and that they respect the passion I have for wine and wine culture,” says Garba.

These women find themselves in positions most people dream of, running their own businesses and experiencing long-term success. That comes from resilience, vulnerability, and community support.

“I openly share the journey I’ve taken to get to where I am, and folks always tell me how inspired they are by my story,” adds Garba. “There’s great wine everywhere, thousands of labels. But my story is unique because it’s mine, and people feel that.”

Camillya Masunda is the founder and CEO of Ebony Wine & Spirits, Charlotte, North Carolina’s only Black-owned wine and spirits company. She created the company out of a love and celebration for Ebony unity, history, heritage, and culture across the globe.

Masunda credits her success to her supporters. “I attribute our growth to our amazing wine and the people who love and celebrate it. I couldn’t do anything without our global community. We appreciate our supporters and welcome new wine lovers to experience Ebony Wine; they will not be disappointed.”

Each of these women’s journeys has been different and is flourishing in its own way. When asked to provide encouraging words for future Black women in wine, all four women’s advice thread a theme of passion and fearlessness.

“Be proactive—network with other Black wine owners and vintners. Ask questions and do the work. Immerse yourself in the industry and be prepared to have a thick skin and work harder than any of your peers,” says Lampley, who is soon releasing a Chilean Sauvignon Blanc called “Be the Light” inspired by poet Amanda Gorman.“Trust in your vision and stay the path,” she adds.

For Ball of Dirty Radish, who has plans of bottling a Pinot Meunier with Oregon’s Eyrie Vineyards in the coming year, in addition to continuing events and travel consultancy, she says, “don’t be intimidated by what you don’t know. You’re never going to know everything, so stop feeling like you don’t know enough; no one knows everything.”

Garba’s LoveLee Wine portfolio has plans for national distribution by the end of 2022. She attributes having passion as her most successful trait. “A passion for wine will keep you going on the tough days. This isn’t a business that you just start and be successful overnight,” she says. “You have to love it, the grapes, the people, the culture. And then network, share information, and be kind. Gone are the days when you could be an arrogant jerk in this space. Humility goes a long way.”

Finally, Masunda, who plans to launch spirits in the near future, encourages others to “go for it, take the leap. It will never be a perfect time.”

5 Things To Know Before Starting A Wine Company

Winemakers Discover the Secret To Virtual Success as the World Reopens