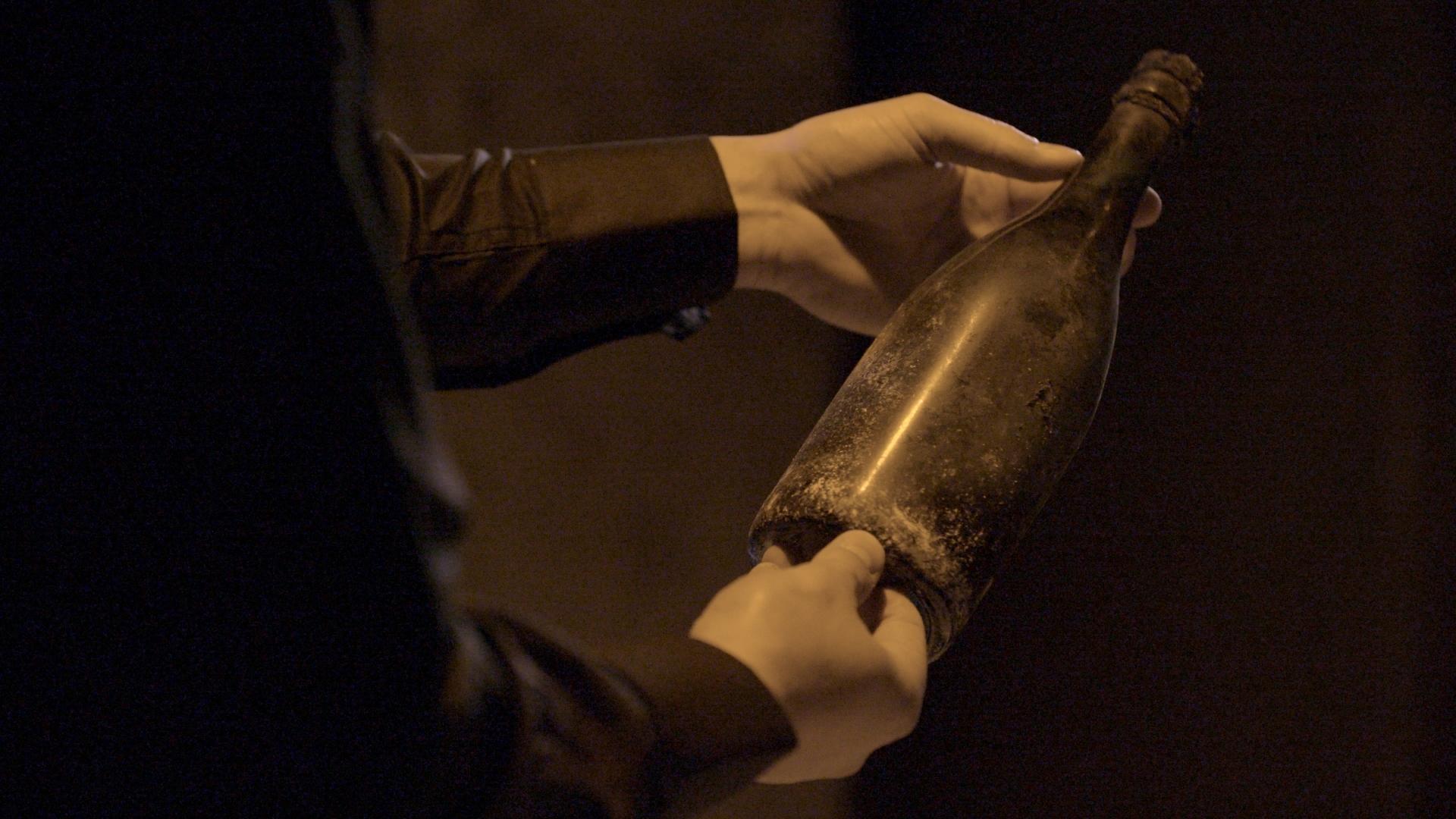 As Perrier-Jouët’s cellar master Séverine Frerson sits in the cellar, facing SOMM TV’s camera in Auction Lot 288, she divulges one of Champagne’s most critical ingredients.

“I usually say that time is a fourth grape variety,” says Frerson, referring to the three primary grapes of the region, Chardonnay, Pinot Noir, and Pinot Meunier. “Because at each step of the process, we need time. Time to reveal the essence and concentration of the wine… the notion of time is very important.”

Whether it’s the days and weeks to press, ferment, and blend, or the months and years it requires to rest and age in the cellar, time is a measurable – and sometimes immeasurable – component in the making of mind-blowing and industry-shaking Champagne.

In the instance of Perrier-Jouët 1874, a feature lot in Christie’s auction in December 2021, the time measurement is decades. Almost fifteen of them. A century and a half of a single bottle, resting underground, undisturbed and having survived world wars, stock market crashes, and pandemics. And now, the focus of Auction Lot 288, the most recent film release available on SOMM TV.

Aged Champagne and the 1874 Vintage

There’s no definitive amount of time it takes for a bottle of Champagne to become ‘aged Champagne’. SOMM TV Podcast host Jason Wise discussed the topic in a recent episode with Auction Lot 288 narrator Shakera Jones.

Together, they concluded that many would consider aged Champagne to be a bottle more than 12 years old. In that regard, they’re speaking specifically about vintage expressions, wine made entirely from a singular vintage. Non-vintage expressions combine a portion of wine from the current vintage with a selection of reserve wines. And while it is possible to lay them down for a few years and still be enjoyable, bottles of non-vintage typically start losing their bright and lively characteristics after about five years.

One of the determining factors of whether a Champagne can age for years, let alone decades, is the environmental conditions of the vintage.

In this clip from Auction Lot 288, Perrier-Jouët ambassador, Sebastien Lebon, shares the house’s records of the 1874 vintage.

How Long Does It Take to Make Champagne?

The amount of time it takes to make Champagne depends entirely on the intended style. The two most common categories of Champagne are non-vintage and vintage. Non-vintage expressions must age for a minimum of 15 months. Within that time, the wine must age on lees (the dead yeast cells left over from fermentation) for at least 12 months. This time is integral to the wine’s profile, as the lees contact is what gives Champagne its round and textural mouthfeel, adding elements of creaminess or nuttiness.

But this is far from the finish line for méthode champenoise, or the traditional method if outside of the Champagne region.

Once the Champagne completes lees aging, the lees is removed via riddling. Bottles are placed on racks and slowly, once every two days, are given a slight turn. The turn gradually increases the inversion, allowing the sediment to push towards the neck of the bottle. If done manually, this process can take 8 to 10 weeks. Some Champagne houses have turned to mechanised riddling, lessening the time.

Following riddling, disgorgement sees the removal of the crown cap and lees without losing much of the liquid. Dosage is added (a varying amount of sugar) along with the final cork and crown cap.

Bottles must then rest 2 to 4 months, so the dosage liqueur blends perfectly with the rest of the wine. Many producers opt to further age non-vintage Champagne, totaling 2 to 3 years. For vintage versions, it’s not uncommon to see 4 to 10 years of aging.

How Champagne Evolves with Time

Wine is a living thing, continuously evolving throughout its production and beyond. The longer it ages, the more drastic its aromatic and flavor profile differences.

A youthful Champagne, only 2 or 3 years old, exudes light and fruity notes of citrus, pear, and white blossom with noticeable minerality.

In contrast, a mature expression, between 6 and 8 years old, will showcase rounder, more intense aromas of ripe fruits, possibly candied or dried, alongside honey or caramel notes.

As a Champagne reaches the later chapters of its life, the complexity of dense aromas is apparent. Some aged Champagne characteristics include gingerbread, quince, toast, and nuts.

Perrier-Jouët 1874, with a century and a half of age, is firmly in that realm. In Auction Lot 288, Frerson explains that she hasn’t tasted this wine but shares notes from her predecessor about the vintage.

“He referred to this wine using Proustian expressions, with notions of Madeleine, marmalade, candied oranges, cigars,” she continues, “it’s a wine with a lot of character, with structure, and a lot of charm. It’s a wine of emotion.”

In Christie’s December 2021 auction, the 1874 vintage was expected to fetch between £10,000-£15,000. The winning bid was much higher and included a one-night VIP stay for ten people at Maison Belle Epoque. Plus, a guided tour of the house and the cellars, a tasting of the full range of current Perrier-Jouët cuvées and the 1874 vintage with Frerson, and a meal prepared by three Michelin-starred chef Pierre Gagnaire with pairings from the house’s Oenothèque.

Auction Lot 288 profiles the excitement of the live auction, with incoming bids coming from all corners of the globe. To experience the action, and see the winning bid, subscribe to SOMM TV and watch now.

For more on the film, watch the trailer here.