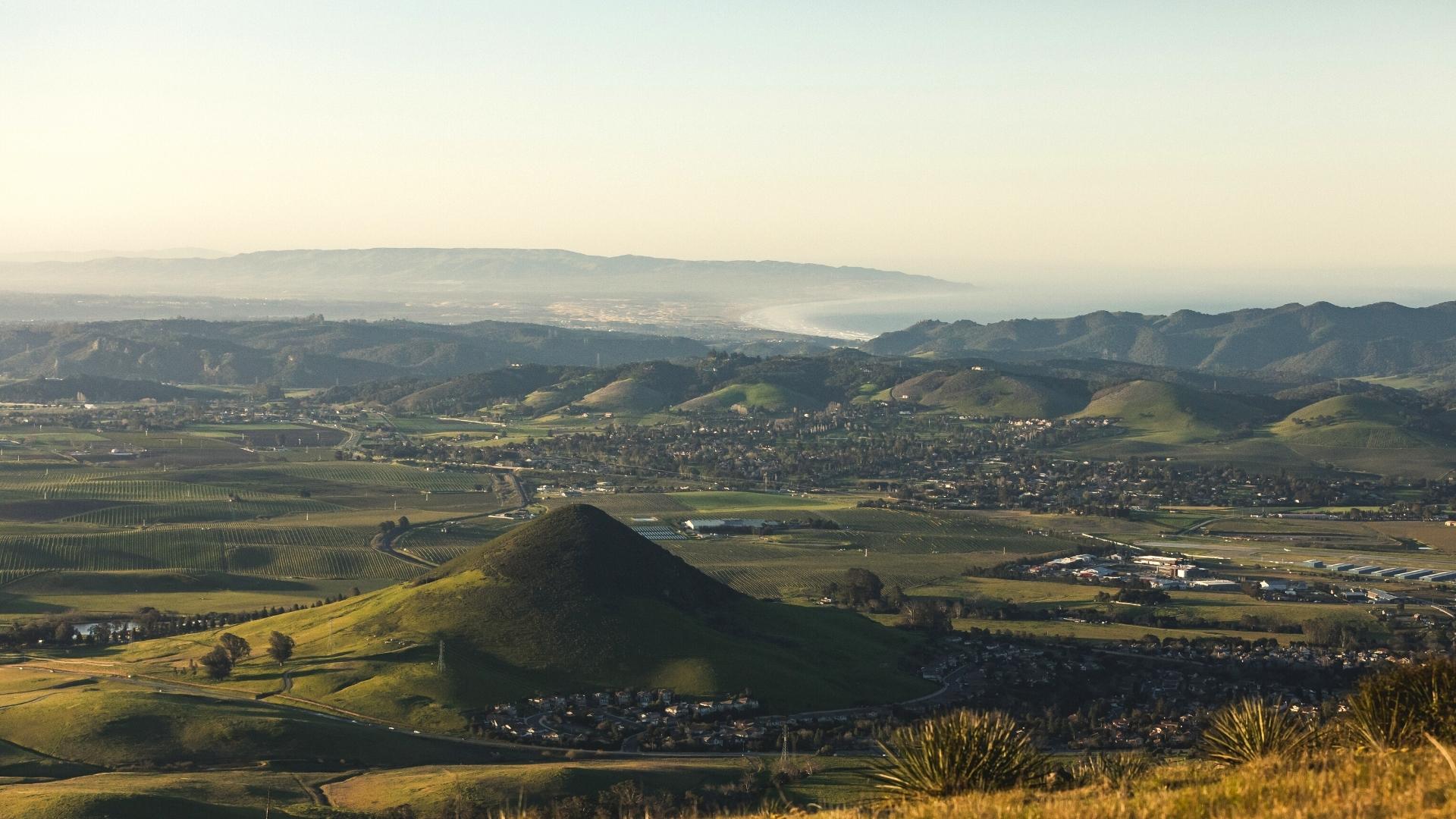 Nestled along the Pacific Ocean, on the central coast of California, lies the San Luis Obispo (or SLO) Coast AVA. A narrow strip of 60 miles (96 km) from San Simeon in the north to Nipomo in the south encompasses the new designation, becoming official in March 2022 by the US Alcohol and Tobacco Tax and Trade Bureau.

The AVA, which has 4,000 acres of vines, also includes the long-established Edna Valley and Arroyo Grande Valley AVAs. Producers who grow in these two areas can choose whichever appellation they feel best represents their wines. If opting for the new SLO Coast designation on labels, the two allowable names are “San Luis Obispo Coast” or “SLO Coast”.

This area, shaped by cool Pacific breezes and abundant sunshine, is “without question one of the coolest AVAs in the United States. It’s true coastal terroir instead of having a coastal influence,” says Aaron Jackson, winemaker at Aequorea Wines and Cambria native. He’s one of the integral members of the team who authored the petition for AVA approval.

The idea to form the SLO Coast AVA began as a grassroots project in 2013. “Seven of us sat on my front porch to plan. Initially, we wanted to create a coastal AVA with a focus on the northern coast, such as Cayucos and Cambria,” says Maria Stolo-Benetti, owner of Stolo Vineyards in Cambria. “But when we got more people involved, we realized that the area needed to be bigger.”

The goal was to have an AVA highlighting the area’s geography, geology, topography and proximity to the Pacific Ocean. With everyone united towards the plan, the SLO Coast Wine Collective, a group of 32 wineries, had “resounding positive encouragement and support,” says Stolo-Benetti. The petition was submitted in 2017.

The area is indeed unique. The region’s 78 vineyards extend along the coastal benchlands, hillsides and valleys between the Pacific and the western slope of the Santa Lucia Mountains. “This range stretches from Big Sur down through San Luis Obispo County, trapping the chilly coastal wind and fog against its slopes and channeling them through the AVA,” states an SLO Coast Wine Collective press release from March 2022. “The coastal range of the Santa Lucia Mountains divides the area. Mountains trap the coastal influence and protect us from warm temperatures,” adds Jackson.

“We produce cooler climate wines often with a large range of styles and not a ton of manipulation,” explains Stolo-Benetti.

There are two distinct geologies for viticulture in the SLO Coast AVA. In northern sections and central parts of the Edna Valley, most soils are based on the Franciscan Formation. Variances include thin rocky soils on hills and mountains to deep clay and clay loam along the lower-lying alluvial fans and terraces. The majority derive from sandstone, shale and sedimentary rock.

Towards the south, ancient marine seabed, sandstone, calcaire, and shale make up the soils. At Stolo Vineyards, its creekside location is more clay and loam. Across the road, however, the hillside location is shale and rock, indicating the diversity in soils throughout the AVA.

“This is a special area in that the overall cooler maritime climate allows the grapes to take a measured ripening process rather than ripening quickly,” says Dirk Neumann, owner and winemaker at Absolution Cellars. “The results are elegant, complex wines with focused acidity and fresh fruit notes. They showcase the coastal climate.”

Neumann sources grapes from vineyards in Monterey, Santa Barbara and San Luis Obispo counties. SLO soils, specifically, show a fair bit of minerality and salinity. “Every vineyard is unique, and parts of each have different soil types,” he says.

Diurnal temperature shifts, wind, and fog are pervasive conditions along the coast. “Wind can be a plus and a challenge, especially with thinner grapes such as Pinot Noir,” Neumann adds. “The good thing is that the wind keeps things moving in the vineyard. Since there’s more moisture, we need wind to dry things out.”

Chardonnay and Pinot Noir represent over 80% of vineyard plantings in the SLO Coast AVA. Syrah follows with approximately 8%. Twenty other varieties, in smaller amounts, make up the remainder.

Although Syrah is far less prominent in the region, it sees success because of the long growing season. “ Our grapes hang longer than other regions because of less rain. Our Syrah has a profile like those grown in the northern Rhone,” explains Stolo-Benetti.

The growing conditions in certain pockets also prove optimal for red varieties such as Grenache, Tempranillo, Zinfandel and Lagrein. “There have been vineyards in the area for quite some time, so the recognition as an AVA may prompt winemakers to experiment with other varieties,” Neumann adds.

“These wines highlight what small producers can do,” says Stolo-Binetti. “Because the AVA designation is based on distinct geographic or climatic features and their effect on viticulture, everyone here is looking forward to helping visitors gain a better understanding of the wines.”

For Neumann, whose tasting room for Absolution Cellars is in Morro Bay, right on the coast with ocean views, wines from the SLO Coast AVA “have elegance, complexity and subtlety.” He continues, “When I see the water and smell the ocean air, I know that the grapes appreciate it, just as much as I do.”