by Aga and James Hilferty 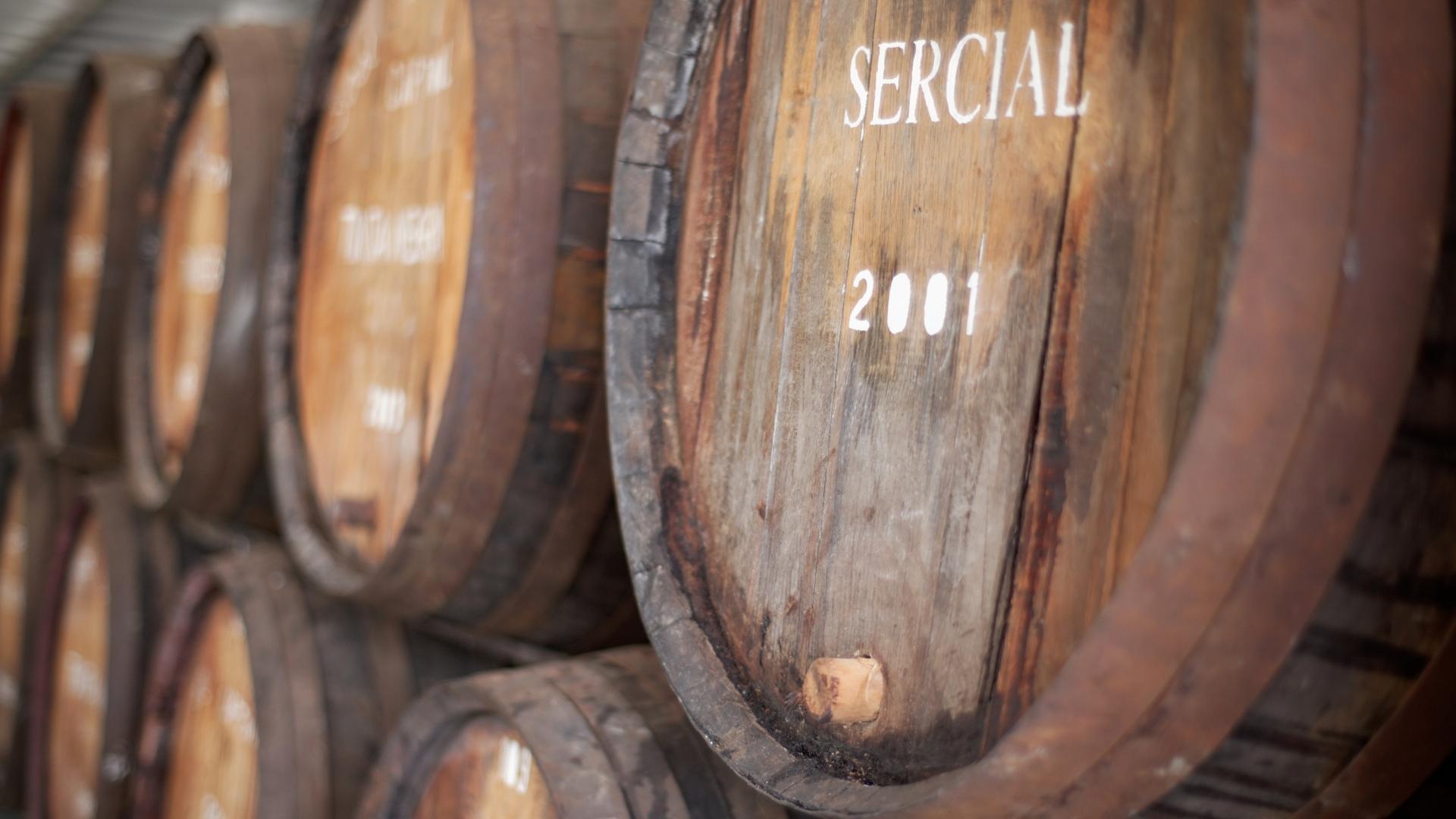 Madeira, an island synonymous with amber-colored fortified wine, lies around 370 miles (600 km) off the coast of Morocco, surrounded by the Atlantic Ocean. Madeira recently celebrated the 600th anniversary of its discovery, when back in 1419, Portuguese explorers stumbled upon this uninhabited beauty soaring high into the sky with verdant mountains. The island became a colony, with settlers from Portugal bringing vines to plant in its rich, fertile, volcanic soils.

Madeira wines are as unique and enchanting as the place. Their singular character is an effect of winemaking techniques that, although changed significantly from early days to modern times, remain true to the traditional flavor profile.

Let’s explore Madeira winemaking and what contributes to its seductive aromas and flavors.

A complex network of irrigation channels – levadas – helped connect the island’s dry southern parts to the wetter center and north. They are present to this day – 1,335 miles (2,150 km) in length.

Grapes became one of the main crops soon after colonization, with exports going to India, the colonies, England, and beyond during the Age of Discovery. For a wine to withstand such long journeys without spoiling, a fortifying spirit was often added. And, around the mid-1600s, it was universally agreed that the best tasting wine is a very well-traveled one, prompting the name Vinho da Roda – the ’round trip wine’.

Madeira’s true and unique style, wine forged by heat and brutal handling, was born against all odds. Madeira becomes a darling at British Courts and of American high society. After all, our Founding Fathers celebrated the signing of the Declaration of Independence with a glass of Madeira. Or, perhaps with a barrel, as Thomas Jefferson and George Washington purchased it by the cask, to secure plenty of supply of their all-time favorite nectar.

Producers soon started to look for ways to create this distinctive profile of Madeira without sending the barrels across the globe. Pantaleão Fernandes gets credit for inventing the first estufas in 1794. These tall, windowless buildings held barrels while fires burned day and night to accelerate the ‘baking’ process. Early days were troublesome, with a lot of burnt wine, as producers set them aflame at too high of a temperature, looking to speed up the evolution.

Soon after the invention, estufas were banned in Funchal, the island’s capital city, as careless folk sent plumes of smoke into the sky, causing health-hazardous conditions. Outside the capital a few years later, using trial and error, producers began to see the flavor profile of a 5-Year-Old Madeira in a short three months in estufas.

Those with more patience were aging wine in the canteiro process, also used today for most prized wines. Barrels of Madeira rest in various locations of warehouses on wood beam structures that give the name to the process.

The subtropical sun heats the barrels, imitating ship voyages, and salty Atlantic air preserves the signature saline tang. Some barrels sit closer to the roof, where the temperatures are higher – typically filled with younger wines to get them going. Producers then choose to move them to cooler sites to age for decades.

If you visit the island, check out the tasting rooms of Pereira D’Oliveiras, Blandy’s, and H. M. Borges in Funchal to experience firsthand the majesty of the history of Madeira winemaking. You will find barrels of various sizes and ages filled with this virtually indestructible ambrosia.

Writer’s note: So how does canteiro compare to vinho da roda? We found out during a recent visit to Barbeito in Câmara de Lobos. There, a gentleman took a barrel of Malvasia on his 932-day yacht trip. The wine was bottled upon his return. We tasted it side by side with the same wine stored at the Barbeito’s warehouse. The results – both were splendid. The traveler was darker and more viscous, with notes of roasted nuts and chocolate, due to the loss of 30% of volume. The one stored at the island was lighter, amber-colored, and filled with gorgeous almonds and caramel. Both are unique and complex, ready to continue their evolution for years to come. Each barrel of Madeira has a singular personality and a story to tell.

Younger, accessible Madeira is now made through the high-tech estufagem process, well advanced from the early days of wood burning. Large stainless-steel tanks, equipped with serpentine coils that run hot water or steam, house the wine for a minimum of 90 days to develop flavors. The tanks leave some headspace to interact with oxygen, mimicking the oxidation offered by the porous surface of barrels. Temperature is capped at a maximum of 122°F (50°C) to avoid the production of burnt compounds. Madeira is then chilled and aged further until release.

We’ve come a long way from the first trials and errors. Scientists have a deeper understanding of the chemical reactions that create the signature organoleptic identity of Madeira. A 2019 study at the University of Madeira identified 283 individual aroma volatiles. Yet, with variables such as humidity, diurnal range effects, wood type and age – Madeira is full of surprises, and as Filipe Azevedo from the winemaking team at Blandy’s says, “we only TRY to understand the science behind Madeira.”

So next time you enjoy a glass of this magical potion, contemplate its rich history and allow yourself to be amazed by the secrets it holds.