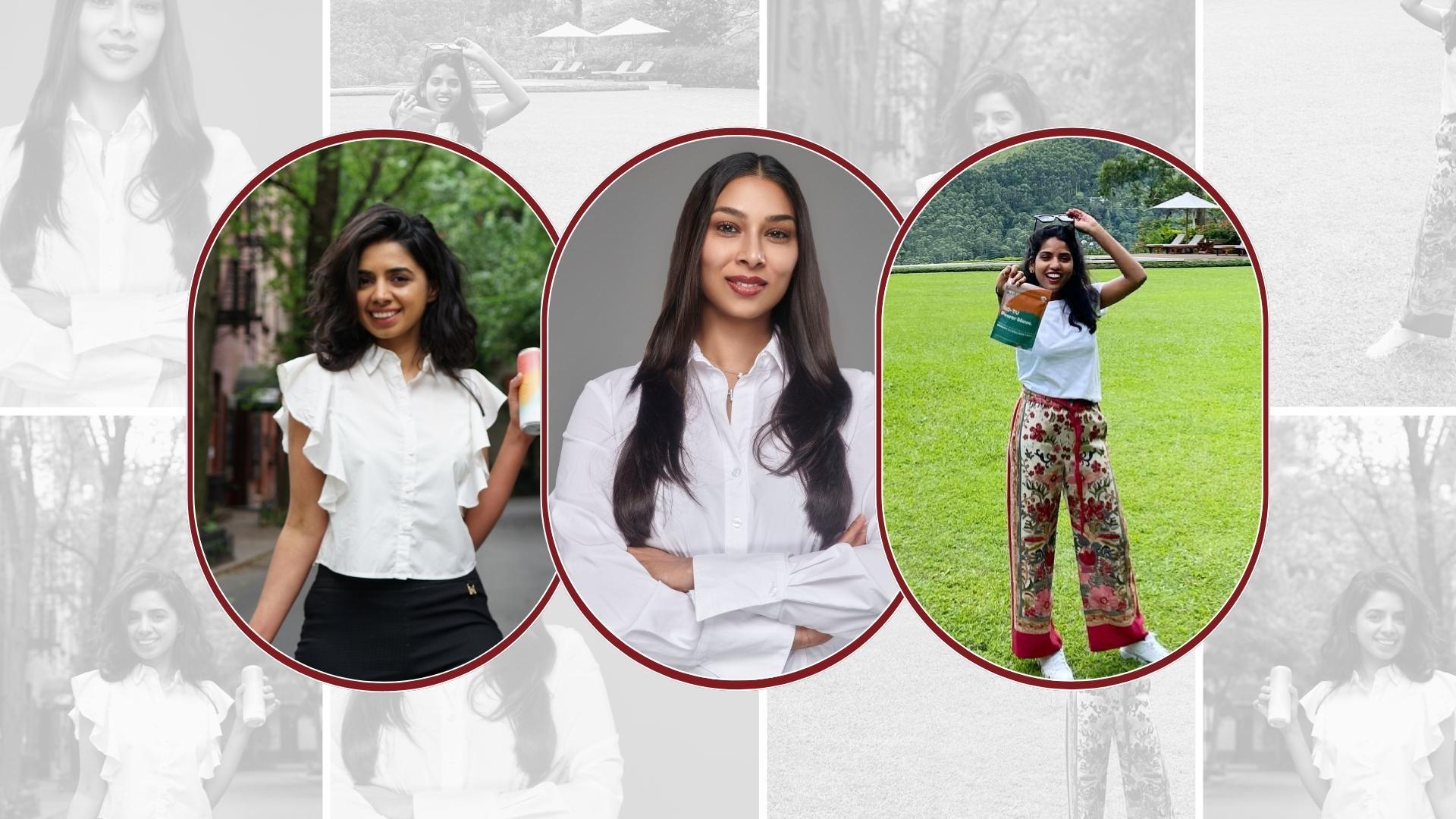 The no- and low-proof beverage market is small but mighty. In its 2022 beverage industry update, corporate finance firm KPMG found that the fastest-growing segment among liquid refreshments is plant-based beverages. Projections say the category’s global market size will reach $23 billion by 2027.

Consumers are opting for “better-for-you” beverages formulated for function. It’s a concept increasingly targeted to mindful Millennials looking to get their fix of energy, relaxation, or superfood boost somewhere other than (or in addition to) the traditional modes of caffeine or alcohol.

Qualities among the noisemakers of new brands: sustainably sourced, scientifically formulated, personality-packed brands led by women founders with mission — from a burnt-out marketing consultant who wants you to “drink your meditation,” to a supply-chain expert advocating for farmers’ rights.

For those looking for a more authentic connection to their superfood sipping, read on for three South Asian-inspired drinks reaching North American markets by way of India, Pakistan and Sri Lanka.

Sri Lanka-born Sajani Amarasiri relocated to the United States in 2009 to attend Duquesne University in Pittsburgh. Encouraged by a student advisor to “choose a niche,” she focused her studies on supply chain management. It wasn’t part of her original plan. “She said just do it because it’ll increase your chances of getting sponsors in the U.S.,” says Amarasiri. “At the time, I was like, ‘I don’t want to stay there. I’m going to go back [to Sri Lanka], but I was so grateful she did that because then it opened up more opportunities for me.”

Starting a beverage brand wasn’t part of her plan, either. “For me, it’s always been, how do I bring something from there [Sri Lanka] that adds value to this side of the world but also gives back to the people there? And then how do I take something from here and bring it back to Sri Lanka?”

She refers to Kola Goodies Turmeric Latte as “a South Asian ritual”. An immunity drink, she recalls her mother using it in everything from food to face masks. It holds also special significance for another reason. “When I was looking at turmeric latte brands at the time, there were no South Asian-founded brands,” she says. According to Amarasiri, Kola Goodies’ Turmeric Latte is ”the first Sri Lankan turmeric latte product and among the first South Asian-American turmeric products on the market.”

In addition to Amarasiri’s personal connection to the turmeric latte’s “superfood” ingredients (which also include ashwagandha, Ceylon cinnamon and ginger), what sets it apart is its direct sourcing from Sri Lankan farm cooperatives. In other words — its supply chain.

This takes considerable amounts more work than sourcing from other manufacturers. But more than a beverage brand, Kola Goodies inspires “to connect the cultures and bring cultural representation to the market, but still elevate the communities that it comes from … by creating that equitable sourcing, direct sourcing, and giving back more.”

In September, Kola Goodies made its national television debut during the 74th Primetime Emmy Awards. The spotlight followed winning Foxtrot market’s Up & Comers award, earning it shelf space in stores across Chicago, Washington, D.C. and Virginia.

Inspired by the mental and physical health benefits of mindfulness meditation and adaptogens, Aisha Chottani co-founded Moment with husband Faheem Kajee in June 2020. Since launching mid-pandemic, Moment has won BevNET’s New Beverage Showdown competition and appeared on an episode of Shark Tank. Its also inked partnerships with Victoria’s Secret and LuluLemon.

While crediting Moment’s nascent success to “a lot of hard work,” Chottanit feels it’s the brand’s authenticity that resonates with consumers and partners.

“Prior to starting Moment, I went through severe burnout,” says Chottani, a former McKinsey marketing consultant (and a Harvard Business grad). “I started realizing the importance of mental health. I actively took mine under control, which is how the whole idea of Moment came about.”

She began practicing meditation and seeking healthy alternatives to coffee and cocktails. She found herself investigating the science behind some ingredients and rituals she grew up with. “This is something that is very close to me personally. I’ve been having adaptogens all my life,” she says. Growing up in Pakistan, she recalls her parents using different mixes of adaptogens in their morning tea. “My parents and grandparents have been [using] these all their lives. This aspect of mind-body balance [is] really important.”

In many Eastern cultures, Chottani explains, “you believe in prevention at an early age. Even as a child, you’re consuming all kinds of ingredients to ensure you can prevent issues in your old age. Adaptogens are one of them.”

Moment incorporates the adaptogens L-theanine, found in green tea and ashwagandha. These are believed to have a similar effect on alpha brain waves as meditation, allowing focus and relaxation. “We have specifically used adaptogens that have been proven by science to make sure that we can provide real evidence-based value,” she says.

The attractively-packaged drinks come in a dizzying array of flavors, from the sparkling cherry hibiscus and spiced mango to the still tulsi lemon, inspired by nimbu-paani. Moment is available at Whole Foods, Amazon, and drinkmoment.com.

Maxine Henderson is the founder of Bollygood, a line of sparkling beverages inspired by Indian nimbu pani. The lemonade-like drink is made with lime and water and served from street vendors throughout India. It’s a drink she recalls cooling off with during summer visits to her grandparents in Kerala, India, where her parents emigrated from in the 1960s.

Based in Toronto, Henderson also names India’s Bollywood movies, colorful saris and spices, and Bharatanatyam dancing as inspirations for the label.

Bollygood is available in two sweet, tart and savory flavors, Lemon Ginger Mint and Lime Basil Cumin. The base of the nimbu pani recipe is either lemon or lime with herbs and spices, cane sugar, water and salt. Bollygood substitutes black salt (traditional in India) with pink salt, after taste tests with her family determined the North American palate may not be ready for Indian black salt’s sulfur aroma. (Henderson runs the company with help from her husband, former NBA player Alan Henderson, who also owns the diversity-focused Henderson Spirits Group.)

These NA sparklers are available on Amazon, QVC and at select retail locations.

Celebrate LGBTQ+ With These 3 Pride Cocktails