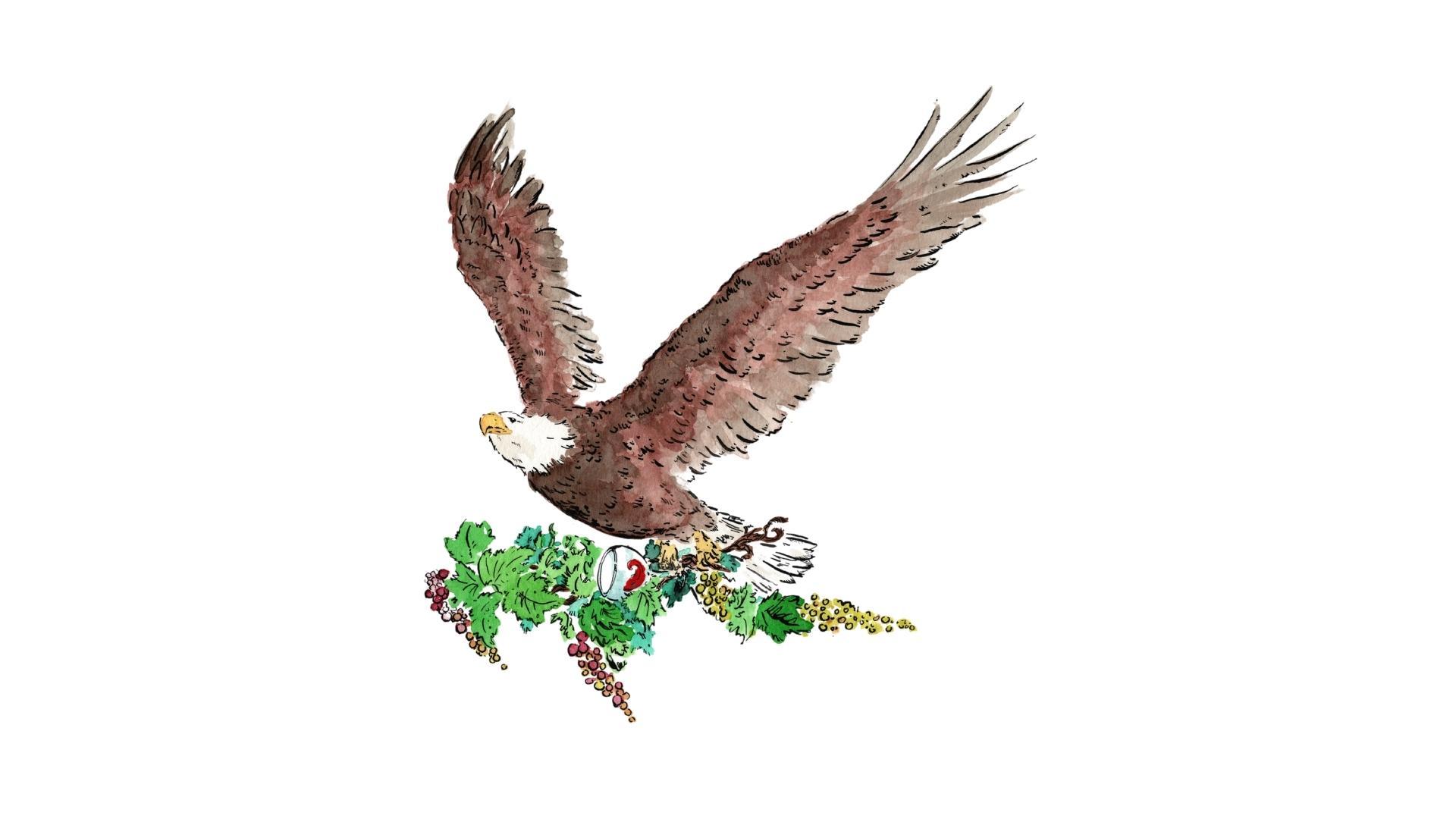 Military veterans have long been part of the wine industry, particularly in France and across Europe, where there are deep ties between military history, vineyards, and winemaking. However, veterans here in the United States have an arguably less recognizable stake in the wine world, even though their contributions and commitment to the industry and communities are significant.

When service members leave the military and transition back into civilian life as veterans, their veteran identity often remains with them throughout their post-military journeys. For veterans finding their post-military home in the wine industry, they bring an identity that includes a breadth of life experiences, a sense of commitment and community, and often a new sense of self as they find their place in the world.

The path from military to wine isn’t always linear, begging the question: how do veterans find their post-military home in the wine industry? And how do their military experiences and veteran identities impact or influence their careers in wine?

To answer these questions, five veterans who have found their post-military footing in wine share their experiences.

James and Mark Blanchard founded Blanchard Family Wines ten years before James’ retirement from the Air Force. Blanchard credits his initial interest in wine with exposure to the wine community near his first duty station at Vandenberg Air Force Base near Santa Barbara.

Living near wineries and the local wine community, all while serving as a pilot, spurred a curiosity that ultimately reconnected him with his brother and led them to start their Healdsburg winery under the mentorship of Jene Chapanar, a long-time winemaker in Sonoma.

The brothers opened a second location in downtown Denver just a few days after James’ retirement in December 2018. Their third location, a tasting room in Fort Collins, opened in 2022. Both Colorado locations also feature a selection of wines from other small Colorado wineries, a testament to their support of the state’s local wine industry.

Blanchard Family Wines isn’t just a story about family, shared dreams, and hard work. It’s a story about community and contribution – a common theme for many veterans. “We sponsor dozens of charities a year as a company. We couldn’t do that if we didn’t have a successful company. Service continues while we aren’t in uniform because we’ve created something we’re passionate about,” says Blanchard.

That passion is evident in Blanchard Family Wines’ continued success and growth in creating and sharing quality wines from California to Colorado.

Jason Mergenov’s interest in wine also stems from his exposure to wineries and the wine community near his first, and eventually his final, duty station, Vandenberg Air Force Base.

After his 2013 retirement, Mergenov utilized his G.I. Bill (Veterans Affairs education benefits) at Allan Hancock College in Santa Maria, California, to study grape growing and wine making before founding Rockets Red Wines. “For me, it’s all about hands-on, everything I do…if I can’t do that, it stops becoming handcrafted and small batch. I’m in it for creating a great product and for love of the wine,” he says.

Mergenov has made it his mission to carry the mast of PTS (Post Traumatic Stress) and suicide awareness within the veteran community. Mergenov bravely shares his challenges, successes, and experiences with his audience. He’s someone other veterans in wine know “has their six,” a military phrase coined in World War I as code for watching your buddy’s back.

“Because of my military experience and the trauma I’ve experienced, I’m giving back as much as I can to help veterans,” he says about his military experience impacting his journey in wine. The forthcoming Rockets Red Resilience Pinot Noir, with the “resilience” name focusing on veterans’ resilience from PTS and military-related trauma, will have a portion of proceeds go through The Home Base, programs for veterans and their families, “which literally saved my life,” he says. “If I can use my wine to get that message out, that’s what I want to do.”

Founded on the idea that bravery happens every day, Corey Christman says Bravery Wines’ “…unspoken goal is to celebrate first responders and military members, but let’s also celebrate people who live a life of purpose — moms, dads, people we’ve never heard of who help people all day, every day, without asking for anything in return.”

That goal seems fitting for a person who is certainly no stranger to bravery, having served as a Special Agent in the Air Force before retiring and pursuing a career in wine. After retiring from the Air Force, Christman took winemaking and enology courses at Washington State University before being “called back to the Finger Lakes”, where Bravery Wines was eventually born.

Christman’s dream launched in 2020, and while a challenging year to start a business, it seems almost on-brand for Bravery Wines to launch at a time when everyday brave heroes kept our country afloat. Like many vintners before him, Christman started his wine career in the vineyard, working harvests and learning on the job. The encouragement and first-hand education he found in his Finger Lakes community, namely the Martini family and the Anthony Road Wine Company – who are still his business partners today – ultimately supported his vision for a wine brand to come to fruition.

A portion of every Bravery Wines purchase is donated to the Yellow Ribbon Fund, an organization founded in 2005 to support the families of injured service members. As his brand grows, Christman plans to expand his support to other community organizations.

After the September 11th attacks, Hunter Rudd felt a calling to serve. He dropped out of college to enlist in the United States Army, eventually becoming a Special Forces Communications Sergeant and Special Forces Intelligence Sergeant. He spent nearly six years in combat before leaving the military in 2013.

Eventually, Rudd joined Duke University’s MBA program, where wine – once an “on-occasion drink” – became much more significant. At Duke, he found a passion for understanding and appreciating the global world of wine. In doing so, he discovered a lopsided industry. “The wine industry has been perverted to preference big business over the independent, passionate professionals who work to produce great wines,” he says.

To combat this, Rudd founded Somm Says, a gamified wine tasting app for consumers to learn about wine by playing a virtual tasting game against a sommelier. “As a Green Beret, our motto was de opprosso liber. Loosely translated to mean, ‘free the oppressed,’” says Rudd, a nod to resisting the forces that “continue to work to separate wine consumers from the sommeliers, winemakers, and other wine professionals that seek to get great wines to them.”

By committing himself to advocate for consumers, especially those new to wine who may not know how to look past million-dollar marketing campaigns and celebrity driven-brands, his business puts communities – people – first.

Somm Says is a testament to Rudd’s drive to increase quality wine accessibility among consumers, but his passion for giving back doesn’t end there. Rudd believes his fellow veterans in the wine community should also continue giving back. “Our sense of collective purpose to support our civilian peers will support our longer-term professional goals in the wine industry,” he says.

When Chris Ryan enlisted in the Air Force during his senior year in high school, he joined a family legacy of military history. He worked with munitions systems and served in South Korea, Texas, and Florida, building and maintaining a variety of munitions, from bombs and missiles to guidance systems and high-caliber bullets. After leaving the Air Force, he, like many veterans after military service, had to re-establish who he was and find a new purpose.

Ryan’s military transition into wine wasn’t linear. After the Air Force, he became a certified personal trainer and spent time in business development before realizing the limited growth opportunities. A friend suggested he try standup comedy, and within two months, he was commuting to New York City to perform and fine-tune his comedy skills.

His penchant for laughter led to copywriting and screenwriting gigs, acting and comedy tours, and even a stint on a reality show. But none of this success was without hardships. At one point, Ryan lived in his car and even experienced homelessness. Eventually, a bartending job on Sunset Blvd helped him hone his wine and spirits knowledge. “The passion would come much later,” says Ryan. After several positions in the service industry, including Carmines in Times Square and Waldorf Astoria Beverly Hills, his path eventually led him to another side of the wine industry. Ryan now works as the copywriting and community engagement manager for Schrader Cellars, To Kalon Vineyard Company, and Robert Mondavi Winery.

Ryan credits his wine community for his success, noting that his good friend, Philip Castelluzzo believed in him “when many others didn’t.” He now hopes to “inspire, teach, and motivate” others, with a reputation for already being genuine, helpful, and willing to share a professional connection, words of encouragement, or a good laugh.

Supporting Veterans in the Wine Community

Every veteran’s transition from the military is different, but the commonalities that help support veterans’ post-military careers – particularly in wine – are unmistakable. Despite differences in individual military experiences, backgrounds and identities, expertise and education, wine region, goals, etc., the need for a community of support is a critical common theme. Furthermore, the common stereotype that veterans often continue “to serve” after the military rings true here, as each veteran interviewed had the distinct desire to continue serving in their own capacity within their new, post-military careers and communities.

Community, passion, and a desire to give back are as present in these veterans’ stories and missions as tannins are in grapes. Instead of saying “thank you for your service” to veterans in the wine industry or who want to be in the industry, ask how you can support their goals and post-military transition. The wine community is all of us, and community support is an impactful way to show thanks.