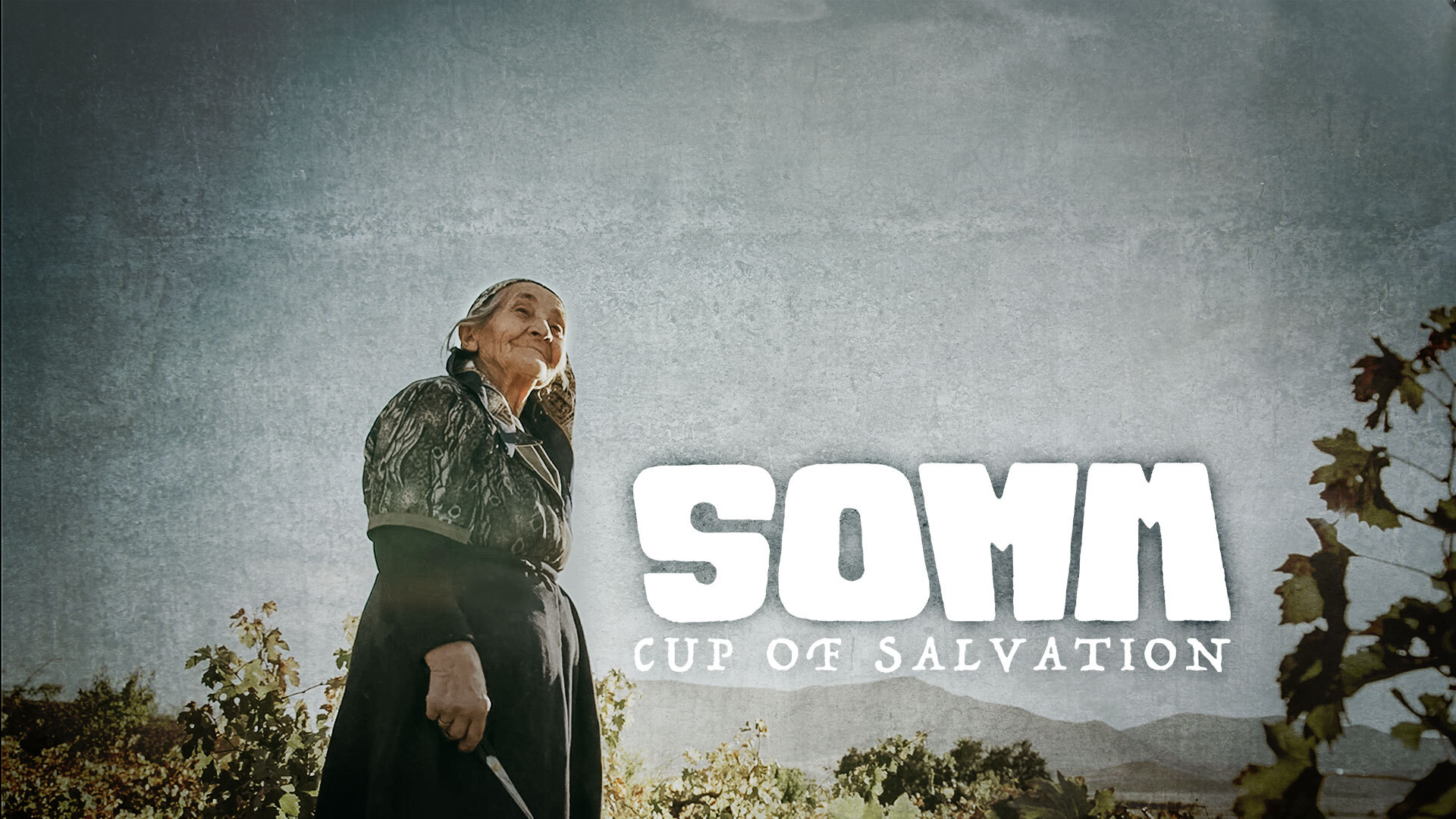 For nearly a decade, the SOMM films have taken the wine world by storm. Creator and film-maker Jason Wise has delivered three uniquely individual documentaries about different facets of the industry. Whether it’s history, hospitality, vineyards or winemaking, we’ve seen it all. Well, almost. Buckle up wine lovers because SOMM 4: Cup of Salvation is on its way, and it’s unlike anything we’ve seen before.

The frenzy began in 2013 with the original SOMM film. It followed four Master Sommelier candidates on their journey through the intense examination process. Those candidates included Ian Cauble and Brian McClintic, plus current SOMM TV cast members Dustin Wilson and DLynn Proctor. The film was named best documentary feature at the 2013 San Luis Obispo Film Festival, and it quickly became a must-see for anyone looking to pursue wine education.

SOMM: Into The Bottle followed in 2015 and debuted opening night at the Napa Film Festival. It explores the result of wine itself and aspects that make each bottle special. The film’s chapters include The Winemaker, The Vintage, The History, The Wars, The New World, The Cost, The Barrels, The Point Scores, The Sommelier, and The Memory.

SOMM 3 debuted in 2018 and highlights two tastings; one in New York with a group of well-known sommeliers, led by Dustin Wilson, and another in Paris with notable individuals Jancis Robinson, Steven Spurrier, and Fred Dame. Each tasting is reminiscent of the 1976 Judgment of Paris and dives deep into the notion that wine is subjective. It’s not always about scores and prices but more so about memories and experiences.

We recently caught up with Jason Wise (which is no easy feat) to find out what’s coming down the pike for the fourth film. He was tight-lipped but passionate and enthusiastic about offering viewers an unexpected story about wine. Read on for the exciting details.

So Jason, first things first, you’re confirming that the next SOMM film is coming. Can you tell us exactly when?

SOMM 4 will come out in 2022, currently slated for the spring. It’s a massively ambitious project.

*Editor’s note: Since this interview, the SOMM 4: Cup of Salvation release date has shifted. Its current release will be 2023.

I’ve heard that filming has been extensive. Can you tell us where you’ve been shooting or perhaps even how many countries?

The title is SOMM 4: Cup of Salvation. What’s the story about?

Without giving anything major away, the film deals with the origins of religion and wine. The story spans over 8,000 years and includes locations all over the world.

How did you come up with the idea?

The Cup of Salvation is the film I would have made in the beginning if anyone had let me. It’s a story that takes place throughout the Middle East and across millennia, but it’s as important today as it ever has been.

So the story was in your mind before the original SOMM film?

I’ve been sitting on the idea for this film for over 25 years but didn’t know it would be a wine-focused story, and that wine would be the key to unlocking it.

Can we expect to see any familiar SOMM film faces? Or are there new cast members?

Yes, many cast members are returning for the fourth film, including DLynn Proctor, Steve Matthiasson, Steven Spurrier, Carole Meredith, and many new faces.

Tell us how Covid played into production?

Covid turned the film on its head. But more so, a war broke out in a country we were filming, and that was much more challenging.

So, it’s safe to say this was a little more challenging to film than the other projects.

Yes, considerably harder. Things happen in this film that have never happened before. And because of that, it took a lot of convincing both governments and individuals to bring cameras into their countries.

For the release of SOMM 3, screenings were held in cities across the world. Will that happen again?

Absolutely. We plan to show the SOMM4: Cup of Salvation across the world.

Will people need to subscribe to SOMM TV to see the film – or will it be available elsewhere?

SOMM TV subscribers will be rewarded for being members, and we will also make the film available as widely as possible.

Need your SOMM film fix now? Click through the gallery below to view SOMM 4: Cup of Salvation production photos provided by Jason Wise and his team.