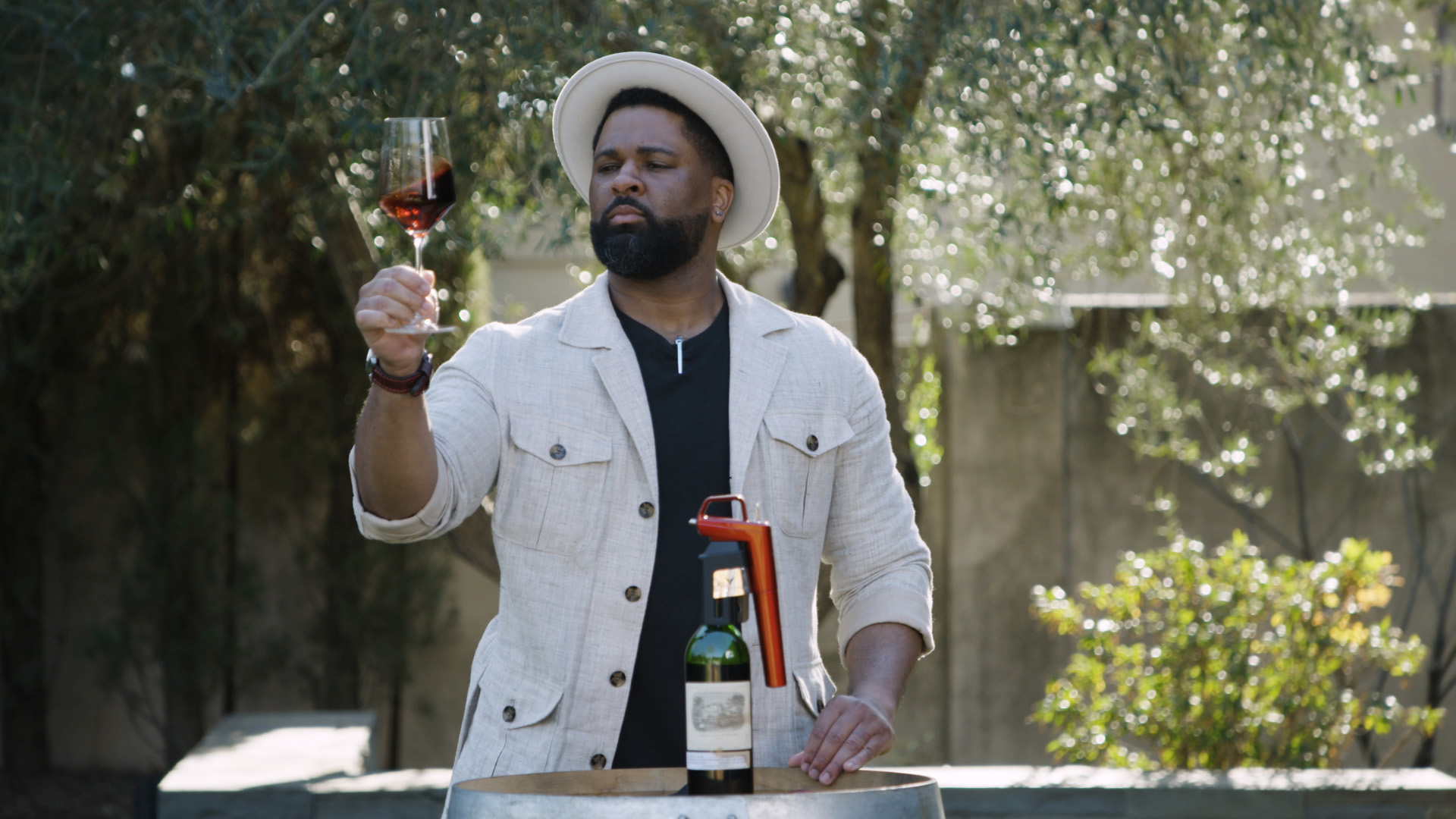 Anticipation is high as we eagerly await the release of SOMM 4: Cup of Salvation in 2022. And with it, we welcome the return of DLynn Proctor to our screens. Since the release of the original SOMM film in 2013, Proctor has been a mainstay in the world of wine.

Even before the film’s release, Proctor was on the road to being one of the influential voices in the industry. He had a bevy of accolades under his belt, including Best Sommelier in America by Wine and Spirits Magazine in 2008. He was also a finalist in The Chaîne des Rôtisseurs Société Mondiale du Vin ‘Best Sommelier in America Competition’ in 2008 and 2009.

Over the past decade, he has solidified himself as an industry leader with a hand in nearly every facet of the industry, from fine dining to rare wine brokerage to international education.

Today, the majority of his focus is on Fantesca Estate & Winery. He’s also the co-founder of Wine Unify. As part of our Where Are They Now series, he brings us to speed on his numerous projects.

It takes a very quick search on Google to see that you’re involved in a lot right now. Let’s start with Fantesca, what are you doing there?

My main focus is always Fantesca and the Estate. Sales, marketing, and strategy consume my day in a good way. Our guests are our heartbeat, and I stay engaged with them and their travels or wine needs. A good amount of my time is spent shipping wines to collectors worldwide. I also deal with celebrities, which is fun, as I enjoy teaching them whatever level of knowledge they may need. I also like watching their excitement as they build their cellars and share with friends.

And moving from that, which project are you most passionate about?

After Fantesca, Wine Unify holds my heart the most. My focus there is underrepresented people of color and women in the beverage and hospitality industry. My early struggles shouldn’t be theirs now, so I will do anything I can to move them forward through Wine Unify.

In only twelve months, we have awarded 70 scholarships to people of color who want to advance or break into the industry. Some of our initiatives include providing glassware or Coravins for tasting. Additionally, mentorship, gift cards to purchase wine, and fully funded WSET courses (I, II, and III) are available. These kind of offerings keep me and Wine Unify motivated.

How did Wine Unify start?

An organisation long in the making. Simply put, Wine Unify was founded on the belief that education is the cornerstone to progress in any field. Yet many ethnic and racial minorities experience significant barriers to entry – be it financial, mentorship, or a general feeling of exclusion. We’re seeking to change that by fostering wine education for underrepresented minority groups and amplifying the voices of the people of color who are already thriving within the wine industry.

With this intention, we offer outreach, awards, education, and various other elements within our initiatives. We are fortunate for the positive results, thus far. But have generations worth of work to do for those that come after us.

And what about Jean-Charles Boisset, how did his involvement with the JCB Unity wine come to be?

I’ve been able to call JCB a friend for a long time. He’s a person, and entity, that has affected change through his wine endeavours. When Wine Unify announced the first Welcome Recipients, JCB was gracious enough to reach out and ‘up and the ante’, to create a wine blended from some of his best vineyards and release it as Unity. We are grateful JCB added a boost, both globally and by way of donation, to what we are all trying to accomplish.

You’re also listed as a wine educator through the San Francisco Wine School. Tell us a bit about your approach to educating about wine.

I’m not sure if I ‘educate’ as much as I used to. At least not based on any curriculum. I story tell and share experiences. Experiences with families, vineyards, dining experiences, and table-sits with winemakers. That’s what I share; that’s what I want to impart. The listener can use that knowledge and look up and apply whatever they need to from it. I think that’s my current contribution to education. I learn and absorb by really doing the same thing; listening to stories of great vintners and producers and traveling to these places to soak it up.

I’ve had a long run with David Glancy and Kristin Campbell at the San Francisco Wine School. Currently, we work together referring students and what they need to people and companies that can utilize them.

Many up and coming Black sommeliers give you credit for showing the industry that there is space for Black people to excel in wine. How do you feel about being a mentor?

That’s a big statement. I hope to be a person that they’ve seen be consistent in the wine business and hopefully consistently excel.

Who are the people that did that for you? Did you have mentors to look up to through your wine journey?

For me, I watched and looked to Alicia Towns Franken and Andre Mack, and still do. We are fortunate they sit on the boards and serve as mentors at Wine Unify, as they have so much wisdom to share.

You’ve unofficially become pop culture’s somm, helping bring wine to the masses via the Netflix movie Uncorked (as associate producer) and appearances on Kevin Hart’s Hart to Heart. What’s been your biggest challenge entering the tv and film industry as a wine professional?

Thankfully, that stage was set with Christina & Jason Wise creating the first SOMM film. Now with (soon to be) four SOMM films, a host of shows and series on SOMM TV, and the biggest names in entertainment, Hollywood, fashion, and athletes, and us venturing into our own endeavours, the mainstream has to pay attention and accept what we do as pertinent and exciting.

Let’s revisit the original SOMM film for a second. Because most of the film shows you and your cast mates (like Ian and Brian) tasting blind and calling wines. Are there occasions where you still do that?

In a word, never. I no longer blind taste. I simply enjoy and appreciate. Families aren’t concerned with what we think is flawed or what fruit profile we call out when we taste. They are trying to tell the story of mother nature through generations.

Ok, so you’ve arrived home at the end of a long day and you reach for a drink. But it can’t be wine. What is it?

And finally, tell us a bit about your personal wine collection. How big is it? Which bottle holds the biggest amount of space in your heart and why?

I’ll just say I have a bunch of wine still in Dallas. My Grange collection is something I appreciate the most. The evolution of winemakers: Max, Ditter, Duval, and Gago. Wow.

And you didn’t ask, but Cros Parantoux is the greatest vineyard on earth. Ok, well, my favourite vineyard.