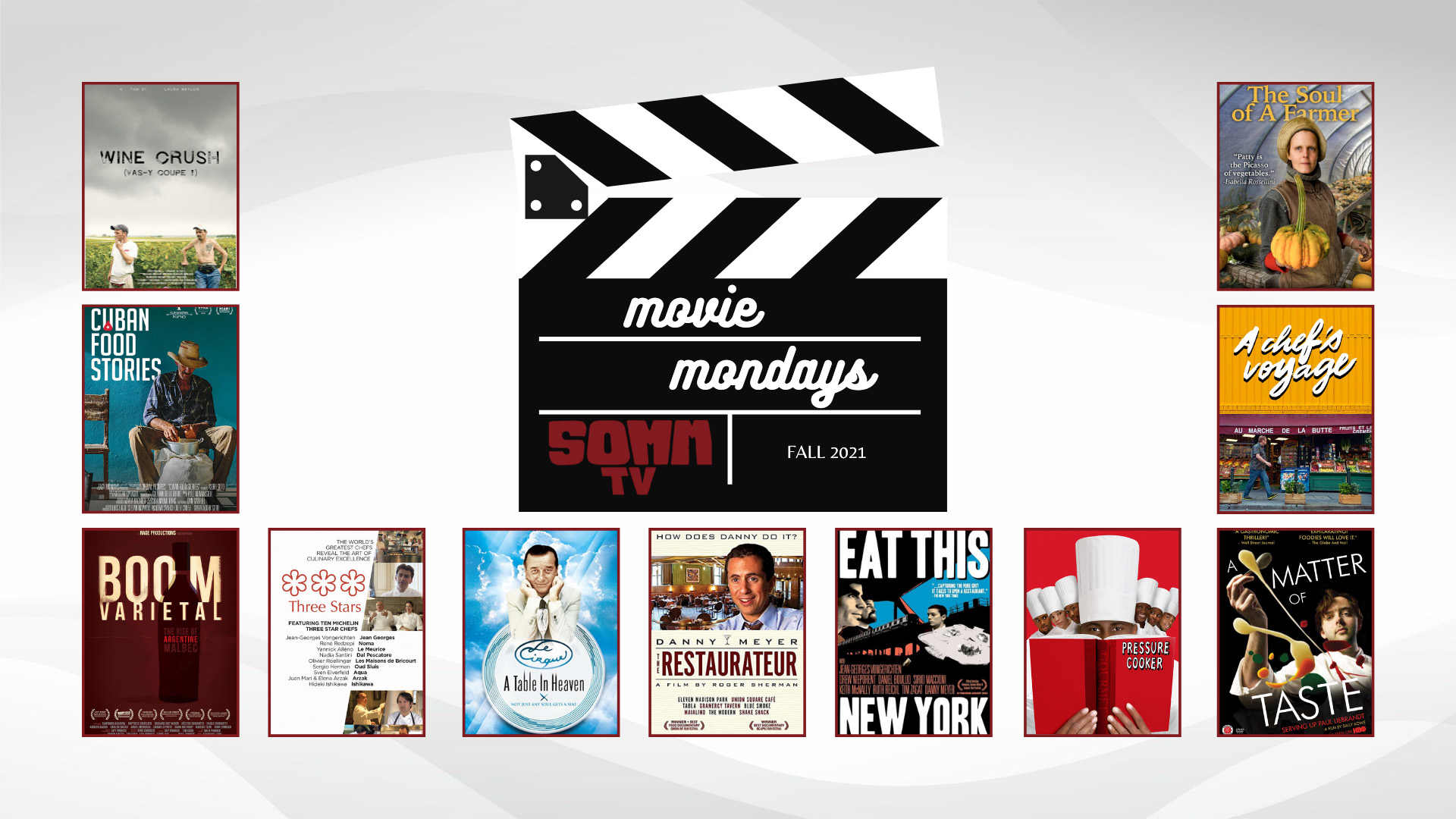 There’s a reason that pictures of food and wine memes fill our social media feeds. People love seeing thirsting over culinary feats on screen. This fall, SOMM TV takes it one step further and turns up the flavor with Movie Mondays. Each week, a food and wine movie will be available on the streaming service, filling our culinary desires. Each of the eleven films follows a unique story, from farm-to-table growers to world-renowned chefs to vineyard workers.

Every Monday, pour a glass of wine and set out the snacks. Then, find a cozy spot on the couch and feast your eyes on these cinematic gems.

The Restaurateur follows Danny Meyer, arguably one of the most successful restauranteurs in America, during the grueling construction of two world-class restaurants. The eleven-month timeline shows the creation of Eleven Madison Park and Tabla. Meyer reveals his philosophies behind both business and restaurants during the difficult process. The film also jumps to 2009 to show how each restaurant evolves, with EMP receiving four coveted stars by The New York Times.

Boom Varietal is a documentary that follows the boom of Argentine Malbec. It also explores its importance in today’s pop culture.

Two best friends from Minneapolis struggle to open a restaurant in the world’s food capital, New York City. Some of the city’s legendary chefs and restaurateurs, such as Daniel Boulud and Rocco DiSpirito, reflect on their lives in the business.

Cuban Food Stories is a documentary that follows the various culinary delights made in Cuba, often showing how they’re made.

A Chef’s Voyage follows Chef David Kinch as he and his team embark on a collaborative journey through France. From their three Michelin Star restaurant in California to working with three legendary chefs at their iconic restaurants in Paris, Provence, and Marseille.

After closing Le Cirque in 2005, famed restaurateur Sirio Maccioni opened a new Le Cirque with his three sons. The film follows them on their journey, which takes several months longer and $4 million more than planned. And even after opening, viewers see the emotional impact of two New York Times reviews over the next few months.

November 15 / A Matter of Taste: Serving Up Paul Liebrandt

At just 24, Paul Liebrandt was the youngest chef to receive three stars from the New York Times. This film showcases the creative process, the arduous work and dedication it takes to be a culinary artist and succeed in the cutthroat world of haute cuisine. It also explores the sometimes intricate relationships between food critics, chefs, and owners.

November 22 / The Soul of a Farmer

The Soul of A Farmer captures the struggle of Patty Gentry and every small-scale organic farmer committed to growing farm-to-table produce. The film shows the strain between making a living and growing what chefs use to create their masterpieces.

Every harvest, two diverse French worlds weave together as a crew of laborers makes the yearly trek to Champagne to pick grapes for a famed winemaker. Wine Crush follows the story of a son who begins to take control resulting in an uncertain future for harvest traditions.

This feature documentary looks behind the scenes at top-class restaurants. Three Stars offers exclusive interviews with celebrity chefs from France, Spain, Germany, the Netherlands, Denmark, the USA, and Japan.

Pressure Cooker follows Wilma Stephenson, who runs a “boot camp” teaching Culinary Arts at Frankford High. Along the way, Stephensen disciplines her students into capable chefs and responsible students. But behind her tough exterior is a teacher who cares passionately about getting the best out of her kids.