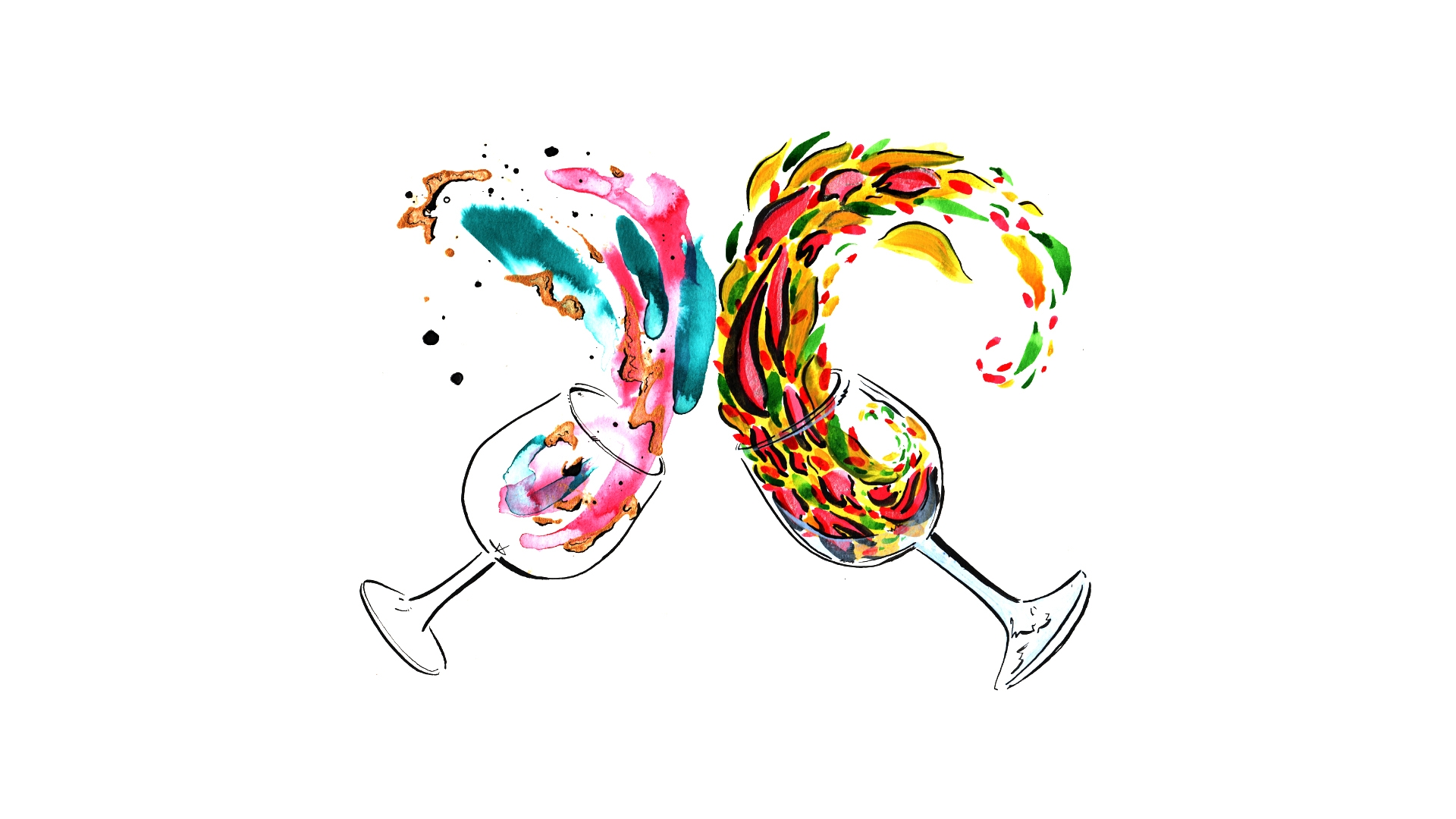 Beaujolais Nouveau can spur a spectum of emotions. For those new to wine, there’s possible confusion surrounding what sets it apart from other styles. Or perhaps excitement leading up to its annual release, the third Thursday of November.

Drinkers that are more familiar with the wine, or perhaps tasked with selling it into stores, might opt to drink any other kind of wine when given a choice. It’s purposely fresh and fruit-forward thanks to carbonic maceration (more on that below). But in contrast, critics say it lacks a depth of character.

Beaujolais Nouveau is fast to make, quick to market, and promptly pushed aside following its quintessential pairing holiday, Thanksgiving. It’s a wine that breaks almost all of the rules when it comes to traditional wine. Whether you think that’s good or not, today we’re discovering the six most novel things about this uniquely made, sometimes-controversial French red wine.

1. Its History Is Older Than You Think

Beaujolais Nouveau Day is celebrated every year on the third Thursday in November. That’s the official release day for the wine set by the Institut National des Appellations d’origine (INAO) in 1985. However, the original purpose of the wine dates as far back as the 1800s.

Vin de primeur, or “early wines”, are bottles released to market the same year as harvest. This sentiment transpired following an annual celebration put on by Beaujolais growers to celebrate the end of harvest by toasting with a taste of the year’s young wine. The celebration grew, and soon, local bars and restaurants would buy barrels of the wine to serve to their customers.

The celebration was informal for decades. That is, until 1937 when Beaujolais AOC became official. New rules mandated that merchants could only sell the wine after December 15th in the year of harvest. The rules were relaxed in 1951, and the allowable date moved earlier to November 15th. More than 30 years later, the INAO declared a uniform release date, the third Thursday of November, which later allowed for significant global expansion of the regional celebration.

2. The Novelty Will Likely Never Go Away

It’s only been in the last couple of decades that the Union Interprofessionnelle des Vins du Beaujolais (UIVB) saw the potential in marketing Beaujolais Nouveau globally. It started in Paris in the 1960s, and there were races to see who could get bottles to the city the quickest. By the 1970s, races spread nationwide, continuing across Europe in the 1980s and then to Asia in the 1990s. In North America, the wine’s hype hit New York in 1972, becoming the first U.S. city to import Beaujolais Nouveau.

The third Thursday of November is, historically, the date the wines could begin shipping. However, the rules eased in the 2000s, allowing wines to ship ahead of time. With the relaxation of the regulations, wines arrive at retailers early with instruction not to sell until the celebratory day of release.

Part of the reason Beaujolais Nouveau can go from harvest to store shelves in only a matter of weeks is, in part, because of what it’s made of and how it’s made.

The wine is comprised solely of Gamay. It’s a thin-skinned grape resulting in a light body, low tannin levels and juicy red fruit flavors. Generally, most wine made from Gamay is for consuming in its first year. It’s a straightforward wine that does not require barrel or bottle aging.

The unique winemaking practice used to make Beaujolais Nouveau is carbonic maceration. After hand harvesting, whole berries go into a large sealed container. Carbon dioxide then gets added, allowing fermentation to begin inside the uncrushed grapes. Grapes at the bottom of the container slowly break under the weight of the grapes that are starting to ferment, emitting additional carbon dioxide. This anaerobic fermentation method (i.e. without oxygen) produces a fresh, fruit-forward wine with very low tannins.

Beaujolais Nouveau labels often display the festive nature attributed to the wine. It’s not difficult to spot a bottle across an aisle or two with vibrant artistry, oftentimes with purple, pink, and red splashes.

But after buying and before tasting, its aromas also provide distinctive clues. Carbonic maceration produces unique characteristics, such as banana, pear drop, or candied fruit. While red fruits such as raspberry, cherry, and red currant are still dominant, the other aromas are immediate identifiers for those tasting blind.

5. It’s Not the Only Nouveau-Style Wine

Though not as successful as Beaujolais Nouveau, several other winemaking regions have begun marketing nouveau-style wine.

In southwest France, Gaillac AOC also uses Gamay to produce its primeur wine. Producers opted to piggyback on the third Thursday of November for its release.

In other parts of Europe, primeur wines are being marketed in Italy (vino Novello), Spain (vino Joven) and even the Czech Republic (Svatomartinské víno). Generally, these wines use different grapes and alter their requirements for carbonic maceration and release dates.

The light body and fruit-forward profile of Beaujolais Nouveau – or any Gamay – lends itself to drinking with a slight chill.

It’s recommended that most red wines are drunk at cellar temperature, between 53-65°F (12-18°C). Lighter-body wines, such as Gamay or Pinot Noir, should be at the bottom end of the spectrum, around 55°F (13°C). At this temperature, the flavors are more vibrant and refreshing.