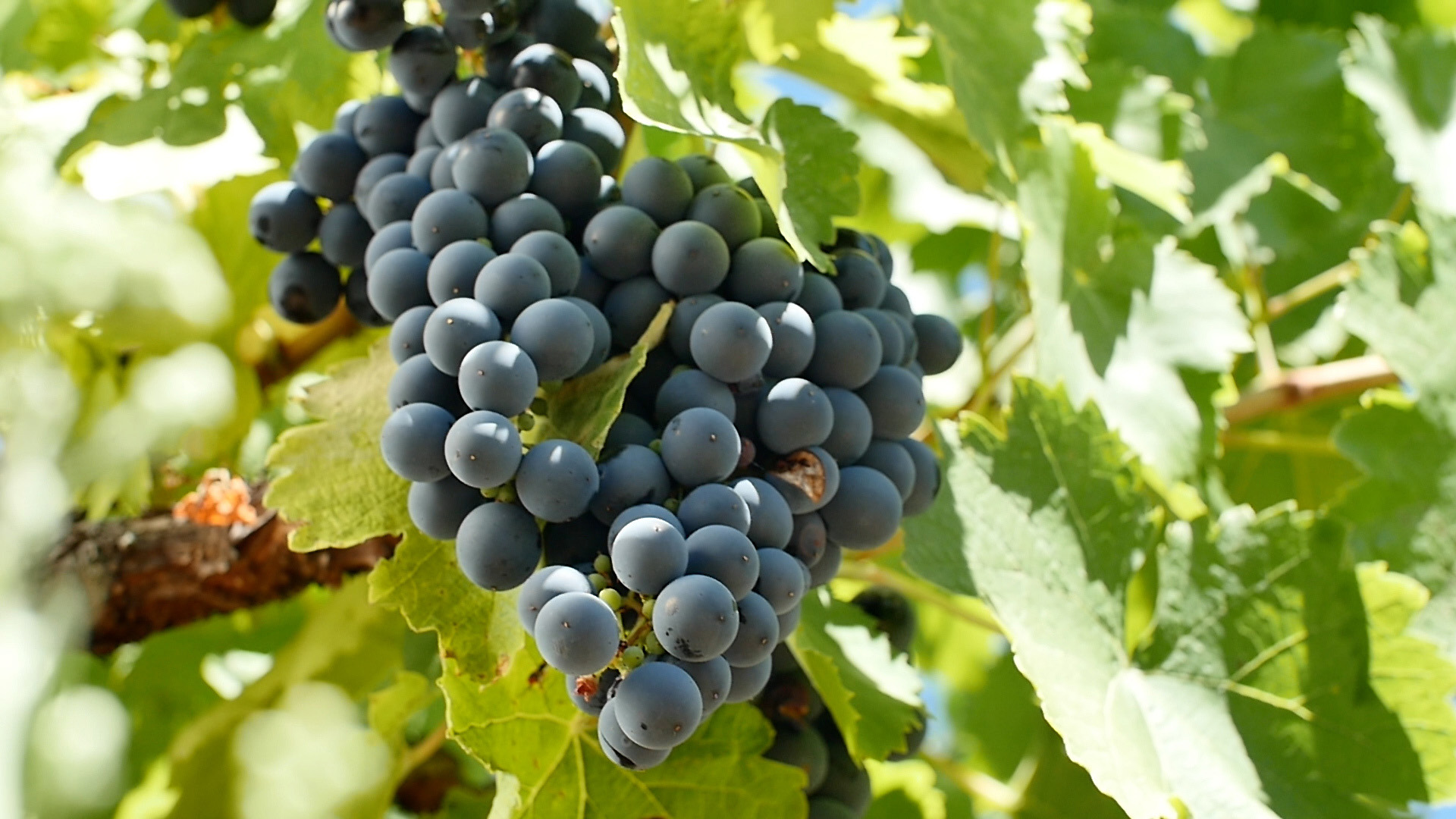 The Gamay grape variety is widely known as the grape of Beaujolais. The region holds a distinct identity when it comes to history, terroir, and winemaking styles. However, administratively, it’s part of the same region as Burgundy. Approximately 90,000 acres of Gamay grow worldwide, with more than 75% planted in Beaujolais, which sits just south of its famous Burgundian neighbor.

Gamay tends to ripen early and thrive in cooler climates with granite soils. Outside of France, Gamay also grows in Canada, Switzerland, and Oregon.

The Origin of Gamay

Because of Beaujolais’ proximity to Burgundy, it’s not surprising that Gamay is a member of the Burgundian family of grapes. It is a descendent of Pinot Noir and the obscure white grape variety Gouais Blanc. The grape was first planted in Burgundy in the early Middle Ages and caused quite a scandal for having a more robust and much fruitier palate than Pinot Noir.

Generally, Gamay is easier to cultivate and produces higher yields than Pinot Noir, which led to a growing demand for the grape. However, in 1395, the Duke of Burgundy forbade planting the variety. He declared Gamay wine to be harsh and decreed Pinot Noir the more elegant choice. This banishment led many Gamay producers to move south. As it turned out, the grape flourished when planted in the blue granite soils of Beaujolais.

Gamay wine has a light body, is fruit-forward, and easy to drink. The fruit characteristics of Gamay are often more prominent in the aromatics than on the palate. The wine expresses bright red fruit notes of cherry, raspberry, and strawberry, in addition to aromatic floral notes of violets and peony, with hints of spicy, woodsy soil.

Gamay wines with aromas and flavours of bubblegum and banana are a result of carbonic maceration. This process softens the grape’s high acidity due to the vine’s shallow roots growing in alkaline soils. This environment heightens the stress on the vines over the growing season, which can raise acidity levels.

What Is Carbonic Maceration?

Carbonic maceration is a winemaking technique used to extract color but little tannin from grapes. The result is a light-bodied red wine that is fresh and fruity. The process uses whole clusters of grapes in a sealed, carbon dioxide filled tank, which initiates fermentation within each individual grape. The grape skins burst when the juice inside reaches approximately 2% alcohol.  The weight of the grapes also leads to a natural pressing and releases more juice from the grapes near the bottom of the tank. After the berries burst, the skins and stems are separated from the juice. Finally, fermentation finishes with either native or added yeast.

The Role of Gamay in Beaujolais Nouveau

Made entirely of the Gamay grape variety, Beaujolais Nouveau ages for only a few weeks after being harvested. It’s released to the public on the third Thursday of November, cleverly marketed as Beaujolais Nouveau Day. Light, fruity, highly crushable, the wine is meant to be enjoyed upon release.

Historically the wine was enjoyed by cellar workers to celebrate the end of harvest.  Today, distributors race to share what they can with buyers from around the world.

Gamay is an ideal wine to serve at Thanksgiving. It’s a versatile pairing wine due to its high acidity and low tannin. Try pairing Gamay with a variety of meat dishes, especially with herbs and spices. Roast chicken with Herbs de Provence or steak with Chimichurri will enhance the fruity characteristics of Gamay. Consider a light-bodied, slightly chilled Gamay to complement a cheese or charcuterie plate for a more casual occasion.

For Gamay in the form of Beaujolais Nouveau, try pairing it with roasted delicata squash with cranberry and cinnamon or butternut squash soup. The lively acidity and red fruit notes work to complement and deepen the flavors of squash dishes. There is a saying in wine and food, “what grows together, goes together,” which is particularly true of the growing season for squash and the drinking window of Beaujolais Nouveau wines.

6 Things to Know About Beaujolais Nouveau