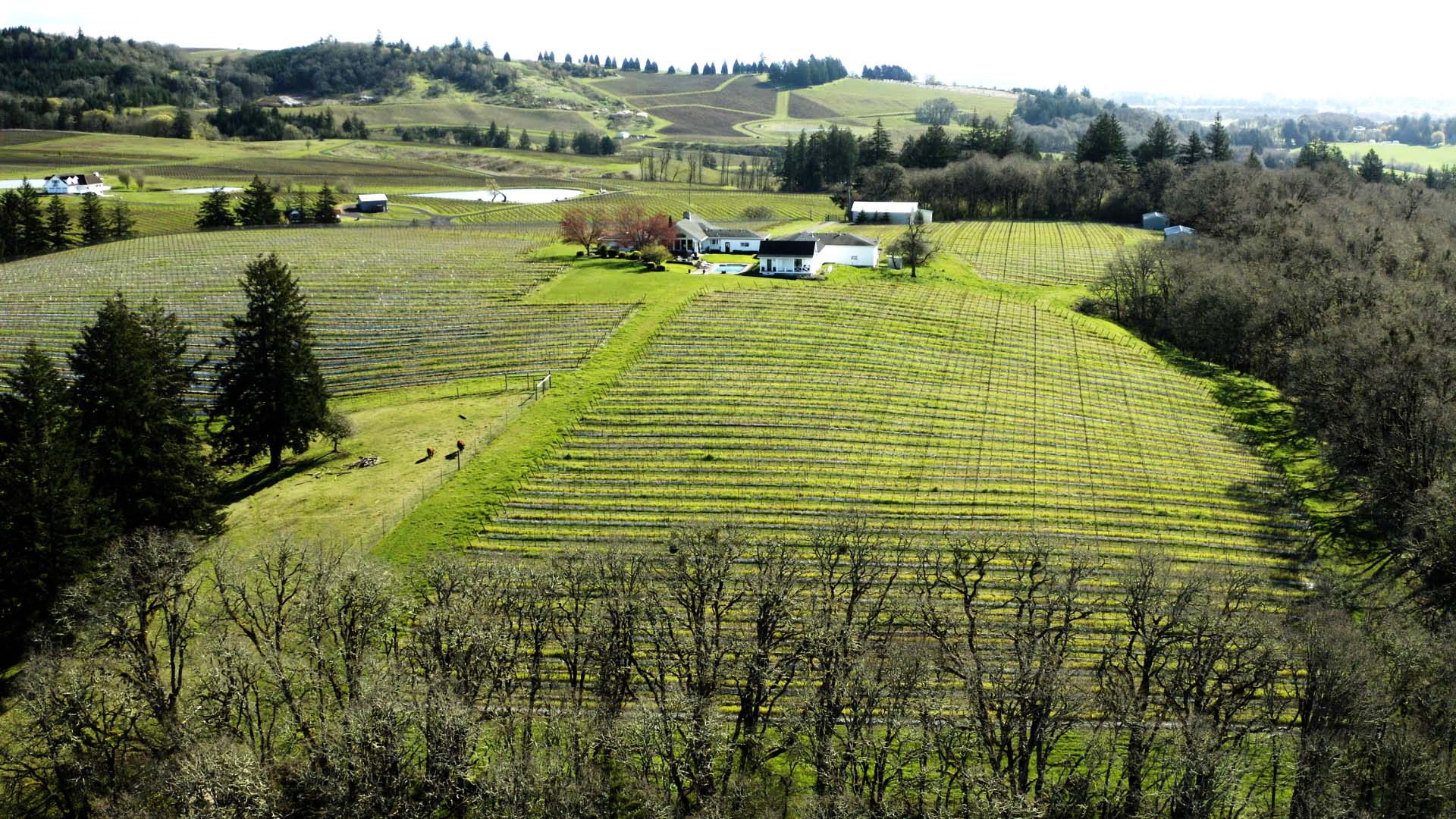 Many people are champing at the bit to travel, tour and taste. And without being too optimistic, dare we say, go for it! Oregonwine.com lists open tasting rooms (both indoor and outdoor) throughout the Willamette Valley and beyond. As long as guests abide by the region’s detailed health and safety guidelines, Oregon Wine Country is ready to welcome you with enthusiasm!

The timing is spot on since May is Oregon Wine Month. So break out the suitcase and start filling your itinerary. This essential guide includes where to go and what to drink while touring wine country in the Beaver State.

There are three main wine-producing regions in Oregon. Each has a slightly different climate because of each area’s proximity to the Cascade Mountain Range.

In the northern part of the state, the Columbia Valley region straddles the north and south sides of the Columbia River. The river serves as a natural border between Washington and Oregon, meaning both states claim part of the region as their own. The area sits inland and sits in the rain shadow from the Cascade Mountains to the west. Temperatures are consistently warm during the summer with little rainfall, making irrigation with river water pretty common.

On the west side of the Cascade Mountains sits the Willamette Valley. It extends from Portland down past Eugene, spanning approximately 120 miles from north to south. The valley accounts for nearly three-quarters of wine production in Oregon and boasts a moderate climate with cooling breezes from the Pacific Ocean.

And finally, Southern Oregon combines two separate AVAs (American Viticultural Areas) into a single unifying region. The Umpqua Valley AVA and the Rogue Valley AVA are separated by mountains and are home to several diverse micro-climates. Because of this, both cool-climate and warm-climate grapes can grow here.

Without a doubt, Pinot Noir is the most common grape that grows in Oregon. It accounts for half of the total acreage planted under vine and dominates most areas of the Willamette Valley. The region’s proximity to the Pacific Ocean, combined with a consistently dry climate with long sunny days, makes it ideal for growing the notoriously finicky grape. Pinot Noir from the area radiates the elegance and structure of old-world counterparts, like Burgundy, but with a fruit-forward style often found in new-world wine.

The most popular white grapes that grow in Oregon are Pinot Gris and Chardonnay, which isn’t surprising considering both enjoy proximity to and thrive in similar climates as Pinot Noir. Pinot Gris from Oregon is almost always light and dry with refreshing and zesty flavors. For Chardonnay, oak aging is at the winemaker’s discretion, making both oaked and unoaked versions easy to find.

In slightly warmer areas of the state, like the Columbia Valley that sits inland and the Rogue Valley, which sits close to the California border, heartier red grapes like Syrah and Cabernet Sauvignon are grown with finesse. Red wines from these areas are full-bodied with ripe and plummy fruit flavors. Oak aging is typical for these wines, which can also mean they’re great for cellaring.

The American Viticulture Areas of Oregon

Documents show that winemaking in Oregon began in the 1840s. But a significant industry wasn’t established until the mid-1960s. In 1965, Pinot Noir was planted for the first time by David Lett of Eyrie Vineyards. Over the past two decades, the grape’s success has put Oregon wine on the world map leading the region to identify 21 official American Viticulture Areas.

Looking further than the three primary wine-growing regions, Oregon is home to a couple of other smaller areas. Columbia Gorge AVA was established in 2004. It is north of the Willamette Valley and straddles the Oregon-Washington border. Additionally, Snake River Valley AVA is on the eastern edge of the state and reaches across the border into Idaho. It was officially acknowledged in 2007.

When planning a travel itinerary around wine, it makes sense to start close to the region’s epicenter and move outwards. In this case, that means flying in and out of Portland. Visitors can easily land at midday and be at their first winery within an hour.

For trips spanning three days or less, it’s best to stay within the Willamette Valley. Begin in the far north and venture throughout one of the area’s newest designated AVAs, Tualatin Hills. It’s less than an hour drive west of Portland and currently home to 10 wineries, including David Hill Vineyards & Winery, third-generation farmers.

Moving south (and still less than an hour’s drive from Portland), add the Chehalem Mountains AVA to your itinerary. You can visit one of Oregon’s pioneering wineries, Ponzi Vineyards, founded in 1970. You’ll find well-known and internationally acclaimed wineries such as Domaine Drouhin and Sokol Blosser in the nearby Dundee Hills AVA.

Of course, a trip would not be complete without a visit to the place that started it all. While their tasting room is currently closed, you can still visit The Eyrie Vineyards in McMinnville and shop in their boutique. In the vineyard, second-generation winemaker Jason Lett tends to the same grapes that his father planted nearly 60 years ago.

Wineries to Visit Outside of the Willamette Valley

For extended trips to Southern Oregon regions, check out wine routes provided by Rogue Valley Wine Country and Umpqua Valley Winegrowers. Because there’s such an array of grapes that grow in the area, visitors can tailor their tours to fit their favorite style of wine.

And finally, if you’re looking to venture east from Portland to the Columbia Valley. Consider visiting The Rocks District of Milton-Freewater. It sits within the Walla Walla Valley AVA and resides entirely on the Oregon side of the Valley. Here you can taste swoon-worthy Syrah expressions from places like Force Majeure and Brook & Bull.