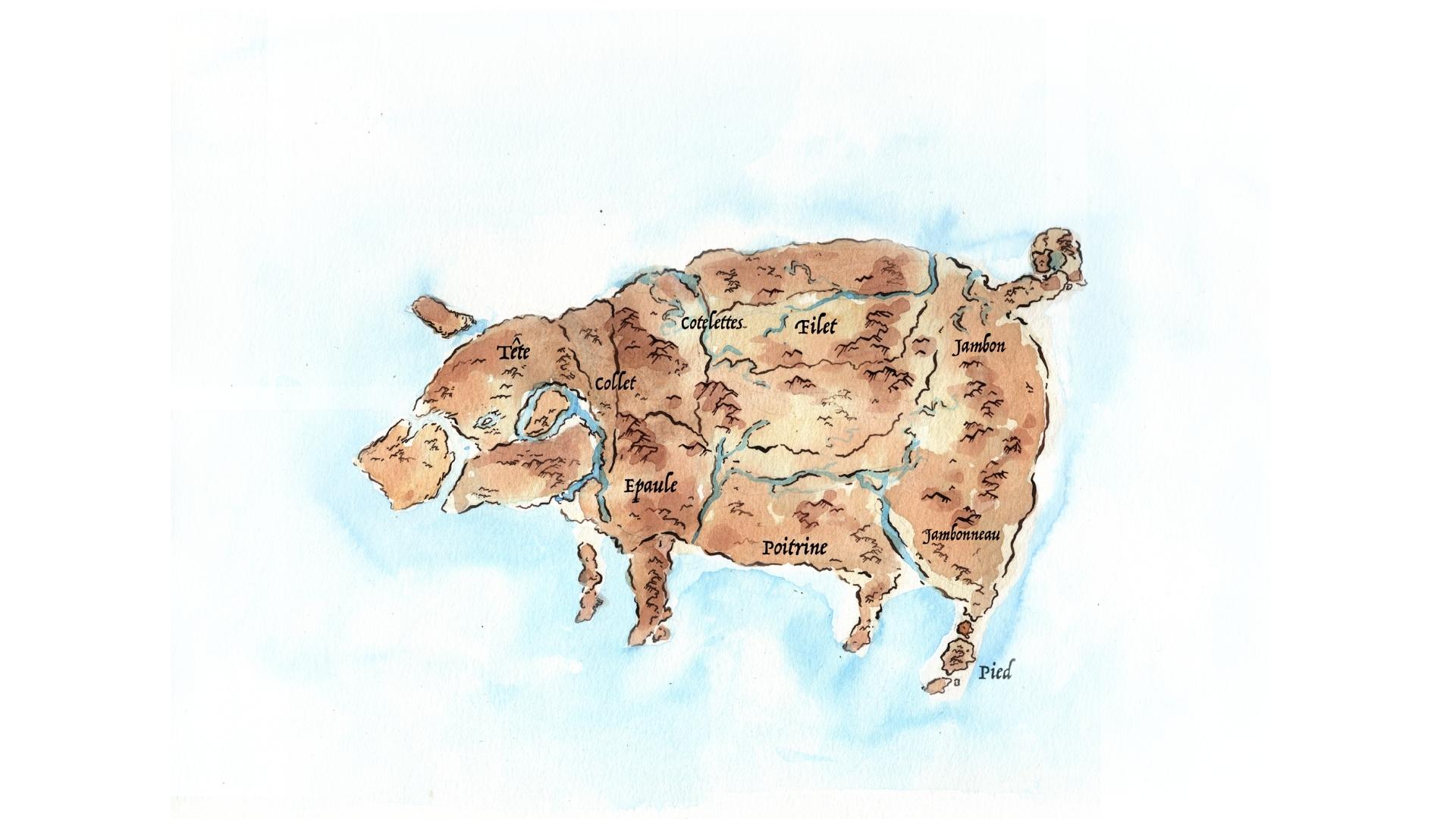 True butchery, once a cornerstone of small towns across America and the world, is quickly becoming a lost art. In many of our grandparents’ generation, if you asked, “do you know a local butcher?” the likely answer would have been yes. That butcher would have known each customer’s preferred cuts and preferences and spent time discussing the best cooking methods. Consequently, a relationship developed where the butcher would come to know the entire family. Each week, a conversation would transpire between customer and butcher about braising and baby Johnny’s first steps.

The upcoming documentary, The Whole Animal, from the award-winning team behind the SOMM film series, explores the ancient profession of butchery. Premiering on SOMM TV on Friday, June 3 (7 pm ET, 4 pm PT), viewers will journey across continents to honor the butcher and the animals who grace our tables.

Historically, long before a cut of meat was wrapped and handed to a customer, the local butcher played a large part in selecting what made it into the shop by personally inspecting each half or quarter of beef.

My grandfather worked as an apprentice butcher in 1940 and later opened Carl’s Market on the Oregon Coast, near the summer home of James Beard. My father recalls driving several hours to Portland as a child, where he and Papa would meet with the processers to make the selections. They would hand my dad a small hat and apron, and he would watch my grandfather use a keen eye to select beef on the higher range of each choice or prime grading. Beard would occasionally stop by on his trips to the beach to talk with my grandfather, view the selections, and place his order.

Bryan Flannery of Flannery Beef recalls similar experiences in the early days of his family-run business, detailing the competitiveness of butchers making selections in the 1960s in San Francisco. Today, Flannery Beef is one of America’s most respected and celebrated family-run butchers. They provide high-quality dry-aged beef to many Michelin-starred restaurants and showcase their expertise throughout The Whole Animal film.

With the advances in mechanization and refrigeration, most meat is delivered to grocery stores packaged and boxed. Unfortunately, there is a misconception that meat cutters of today are equivalent to butchers in the 1950s. As a result, today, an ever-widening gap exists between the meat that reaches our tables and the butcher or farmer whose hands played a part in that journey.

In recent years the snout-to-tail movement has worked to bridge the gap and bring more awareness to the connection between pasture and plate.

Evolution in modern culture has contributed to the shift to quick food. Seventy-five years ago, the favored cooking methods were long and slow. Beef brisket or seven bone roast were quickly seared, combined with onions, garlic, and vegetables, and put in the oven to roast for hours. Pre-cut ribeye and New York steaks are more popular in today’s fast-paced world. Ground beef is a staple for throwing together burgers or tacos when pressed for time. Only on special occasions do people savor the cuts that require hours to become fall-apart tender and fill a home with smells that make the stomach rumble.

Whether you have all day to let a flavorful roast develop, or are gathering friends for an evening grill, the following recipes are a nod to simpler times. After all, a focus on quality ingredients is delicious in any era.

French cuisine has long been synonymous with gastronomy and uses high-quality, simple ingredients to create rich and complex dishes. Traditional braising recipes incorporate liberal uses of butter, herb, and sauces to create smooth and complex flavors. As a result, the meat all but melts in the mouth.

Boeuf Bourguignon (Beef Bourguignon), particularly this recipe from Julia Child, is a classic example of a savory French stew featuring beef slow-cooked in beef broth and red wine and infused with onion, garlic, and savory herbs.

Grilling is not to be confused with BBQ – which depending on where you are in America, can spark a heated debate on the merits and nuances of wood, meat, rub, and vinegar or tomato-based sauces. Grilling is a form of cooking that uses dry heat applied to the surface of the food.

When it comes to grilling, South America comes to mind, with Argentinian chef Francis Mallmann at the forefront. Taking inspiration from watching the gauchos and Indians cook during his childhood in Patagonia, Mallmann uses every aspect of a wood fire, from the flame to ashes, in his grilling methods.

Chimichurri is best prepared at least a day in advance so the flavors have a chance to blend. Transfer it to a jar with a tightfitting lid, and keep in the refrigerator for two to three weeks.

For more meat-inspired cooking, watch the trailer for The Whole Animal film, and be sure to subscribe to SOMM TV for the film’s premiere on June 3.