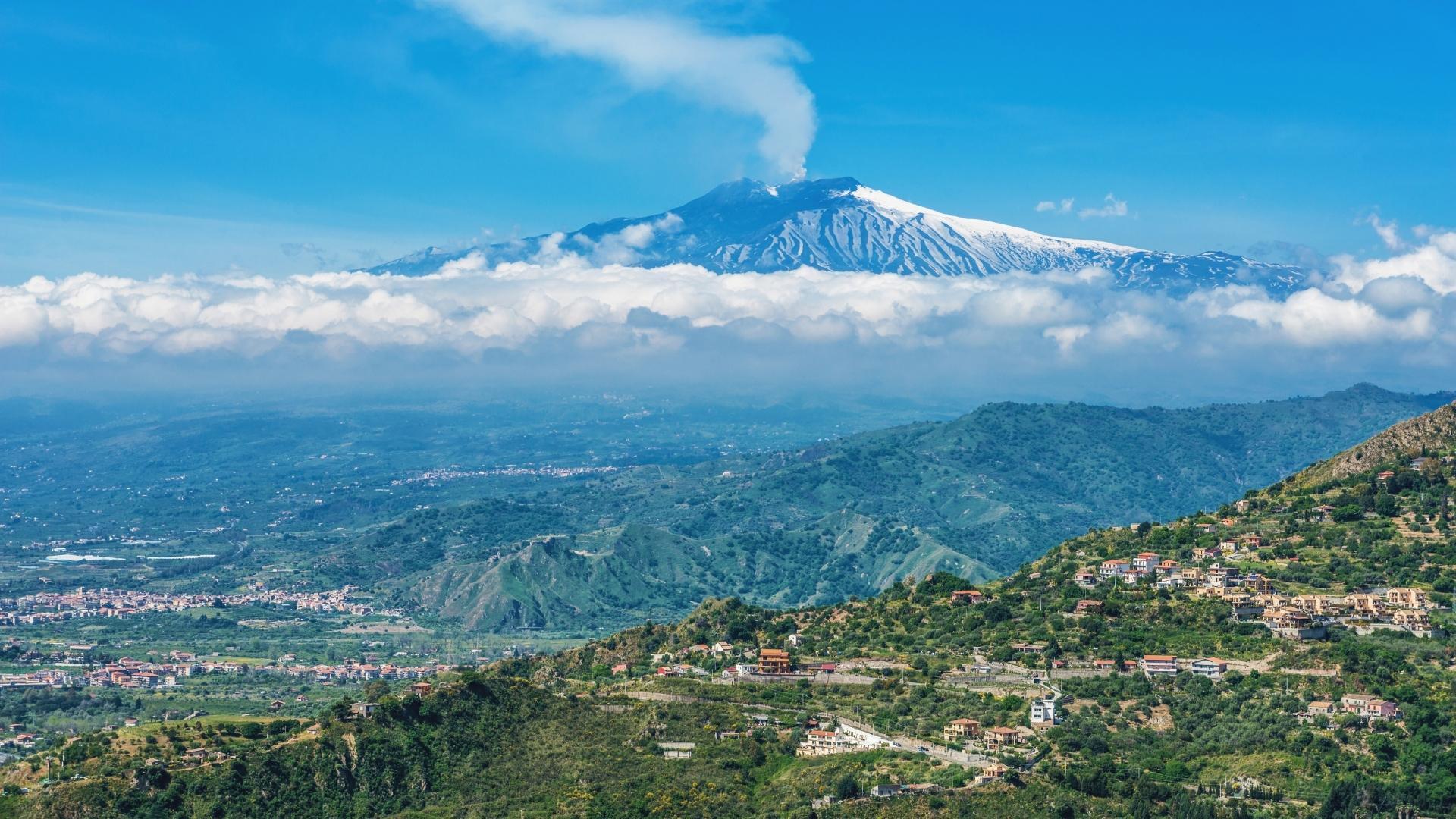 The wine world harbors much majesty and enticement, particularly regarding terroir and how a sense of place translates in the glass. Around the globe, breathtaking landscapes, dramatic history, unforgiving terrains, and diverse soil types help tell a story through wine.

In Italy specifically, the winemaking area around the Etna volcano on the island of Sicily holds considerable fascination.

The region’s cool, high-altitude continental climate is distinctly different from the warm Mediterranean temperatures in the rest of Sicily. Some consider it an island with an island with wide diurnal temperature swings and high levels of luminosity from the sun. The growing season is long, sometimes extending well into late October. As a result, Etna producers have the ability to create savory, elegant, mineral-driven wines.

Although the grapevine has been in Sicily for more than 1,000 years, world-class quality winemaking in Etna is relatively new. A new generation of winemakers has brought back centuries-old farming methods and are recovering ancient native grape varieties. Producers are rediscovering traditional winemaking techniques while adding a new sense of youthful energy and excitement to the region.

Etna enjoys a distinctive ampelographic heritage, with most vineyards planted to the native Nerello Mascalese and Carricante grape varieties. Nerello Mascalese is a late-ripening red variety that grows almost exclusively on the slopes of Etna. It makes pale-colored, structured wines with juicy acidity and intense aromas of red fruits, flowers, herbs, and spices. Carricante is a local white variety with firm acidity, aromas of citrus and flowers, and a pronounced minerality that, with age, transforms into flinty, petrol notes reminiscent of German Riesling.

Vineyards are planted at high density (up to 10,000 vines/hectare) in the traditional alberello etneo system. This system uses individual chestnut poles to support bush vines to help regulate yields, increase ventilation, and promote even ripening.

“Alberello etneo encourages the plant to push the roots deep into the soil, reaching layers rich in water and nutrients,” says Benedetto Alessandro from Generazione Alessandro, a family-run winery based in Linguaglossa. “It also protects the plant from extreme weather conditions, particularly frost, and allows it to grow with a 360° exposure to the sun with greater ventilation.”

In other parts of the vineyard, many producers are restoring old dry-stone walls. These traditional terraces take advantage of the steepness of the terrain and limit soil erosion. “The landscape in Etna is quite abrupt. The terraces allow us to work in areas that otherwise would be too steep for cultivation,” says Alessandro.

The Impact of Altitude and Volcanic Soils

Despite Sicily’s temperate latitude and proximity to the sea, most Etna vineyards grow at elevations between 350 to 1,000 meters (1,000 to 3,000 feet). Stef Yim, a former Los Angeles-based sommelier, began his Etna winemaking career in 2014 with the vision of making wines that express different elevations. Today, at Azienda Agricola Sciara, he labels his wines “750”, “980”, and “1,200”, nodding to the average altitudes of the grape’s individual parcels.

While high elevation gives the wine freshness and balance, it also provides producers with an environmental safety net. “Due to the trends of increasing temperatures across the globe, being at high elevation is an important factor to counter this issue,” explains Yim.

The uniqueness of Etna wines also revolves around its volcanic soils composed of layers of lava, ash, lapilli, and pumice. Deposits from different eruptions have accumulated over the years, resulting in an incredibly diverse patch of soil compositions based on the age of the corresponding lava flows.

According to Benedetto Alessandro, the various soils significantly impact where grape varieties grow. “Pumice-heavy soils are much more porous and create greater hydric stress in the vine. Hence, they are mostly planted with Nerello Mascalese. Soils composed of volcanic ash are deeper and more water retentive, making them for white varieties like Carricante.”

Etna has a large number of centenarian, ungrafted vines, thanks to the large volcanic presence in soils. Fortunately, the phylloxera louse does not thrive in these sulfur-rich environments. Many old vines – some up to 130 years old – combine aromatic purity and mineral depth. “In general, free-standing (old) vines are less vigorous and have lower yields. The vine produces smaller bunches and berries but manages to reach optimal ripeness, thus creating wines with great complexity,” says Alessandro.

The Etna landscape is dotted with buildings known as palmenti – multi-floored buildings widely used to make wine in the past. They often included a system of vats and gravity-fed channels used for crushing, fermenting, pressing, and aging wine.

In 1997, EU laws began prohibiting palmenti for hygienic reasons. However, many producers continue to showcase them as tasting rooms or museums.

“The palmento is the beating heart of Etna,” says Simone Foti from the iconic I Vigneri winery, one of the pioneers in Etna’s renaissance. “Ancient winemakers understood well how to adapt to the viticultural conditions of the area. That includes the use of local lava stone in the construction of the buildings.”

In this clip from episode 10 of Sip Trip, available on SOMM TV, Jeffrey Porter explores Etna and further explains the historical importance of the palmento.

Editor’s note: In this video, Porter references 1989 as the year palmenti became illegal. However, all notable references cite the EU law passing in 1997.

A Template Using History and Climate

Many producers are experimenting with alternative vessels for fermentation and aging. Stef Yim uses a mix of barriques, terracotta amphorae, and glass demijohns to make low-intervention wines with no filtration or chemical additions.

“I like to experiment with different ways of elévage, and I don’t prefer to go by formulas,” he says. “The year’s climate conditions determine the structure and balance of the wine and hence influence the types of materials I will raise the wine in.”

The new generation of producers is restoring age-old viticultural and winemaking traditions and also preserving the landscapes and local culture. “Wine is a beautiful means of conserving our land and our way of life,” says Salvo Foti (Simone’s father) from I Vigneri. “We are stewards of Etna, and we can value it through this product that is inextricably linked to our humanity.”