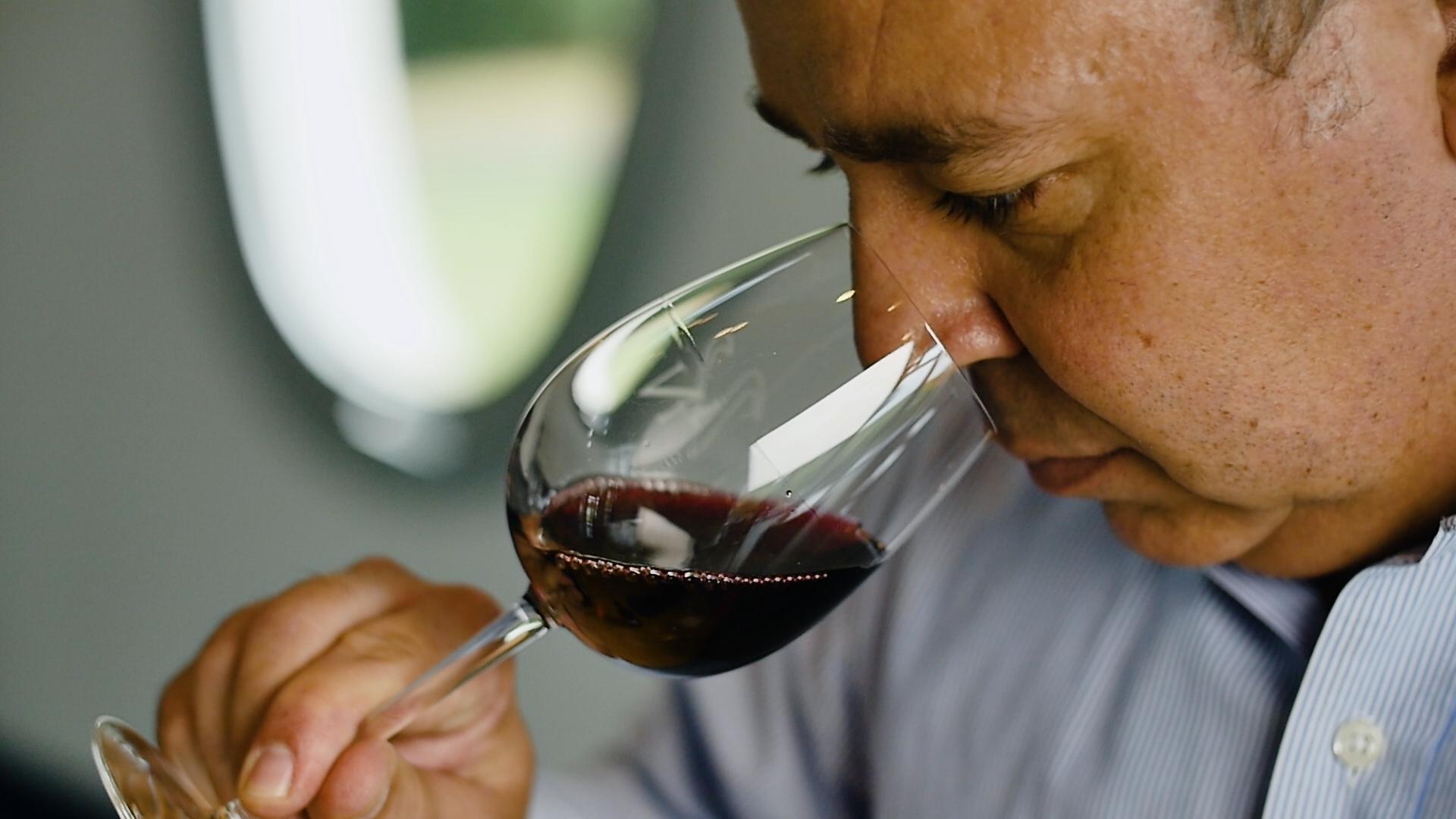 In the now-classic scene from the original SOMM documentary, Master Sommelier Ian Cauble describes a wine’s smell as a freshly cut garden hose. He follows up the unusual descriptor with another, freshly opened can of tennis balls.

It got a lot of people talking.

“People just want to drink great and interesting wines that they can relate to,” Garba says.

Brianne Cohen, certified sommelier and wine educator, remembers that it was all about the fruity flavors when she began her wine journey. But, that changed as she learned more and tried more wines.

“As a new wine drinker, I remember enjoying fresh, youthful, and easy-to-drink wines – wines that I now know are strictly primary in terms of aromas and flavors,” Cohen says. “Now I’m like: ‘Bring on all of the tertiary aromas and flavors!’”

As a professor of enology and wine sensory analysis at the Wine and Viticulture Department at Cal Poly San Luis Obispo, Federico Casassa, PhD, has heard a variety of odd descriptors.

“From canned tuna to fish food – and recently I smelled lipstick in one fantastic Syrah,” Casassa says. “This sounds amusing, but it really isn’t. How our brains build and construct the perception of a given [smell] involves not only physiology but also experience and exposure.”

Cohen agrees and says to trust your nose, even if you’re getting something off-the-wall.

“What you smell in a wine is your opinion and 100 percent subjective,” she says. “No one can tell you that you don’t smell something.”

MJ Towler, the host, executive producer, and creator of the Black Wine Guy Experience podcast, has used some pretty creative descriptors on his show. Some peculiar ones include “cat pi** on leather pants”, “cardamom-spiced blueberry cobbler à la mode” – and even a 1995 Calon-Segur that he dubbed “sh**-dipped pencil tip.”

His best advice to wine drinkers? Get adventurous.

“If you truly want to learn about wine, you’re going to have to be open to trying and experiencing new aromas and flavors,” Towler says.

And with that in mind, here are six aromas you shouldn’t shy away from (even if they sound totally bizarre!).

“Funky” as a wine descriptor means a lot of different things to many people. But for Garba, it’s a catchall for anything unique from what you’d get from a mainstream bottle you picked up at the grocery store.

“To me, funky means it may not be the most pleasant aroma,” she says. “It’s not fruity; it’s not floral.”

There may be barnyard, leather or even horse-like aromas. A hallmark characteristic of many low-intervention wines, funky is different – and fun.

“It’s intriguing and somewhat confusing,” Garba says. “Like, why am I excited to drink this wine that smells like a barn? At first, you’d imagine that the actual taste would be off-putting, but some of my favorite wines are those with a little funk!”

Hearing the words “smoky” or “toasty” may initially turn some off, but one of Cohen’s favorite things to do when describing a wine that may not be as accessible is to tie the aroma to a real-life, feel-good experience, like sitting around the campfire.

“We can talk about a wine being a bit toasty or having some smoky notes. That might be hard for someone to translate to what they’re smelling or tasting in the glass,” Cohen says. “I might then say, ‘Think about the smell when you’re sitting around the campfire, and you get a whiff of the smoke.’ It’s a nice, nostalgic smell that people can relate to.”

More complex tertiary notes are also aromas to explore but may initially seem odd. Cohen encourages people to give savory notes – such as an old sweater, basement, cigar box, and coffee beans – a try.

As she’s gotten more into wine, she’s seen her own palate evolve from fruit-forward into a more salty/savory palate, which she says is a common path for many as they continue drinking wine.

“And, it will come as no surprise that I enjoy Old World wines, specifically old Rioja and Italian wines,” she says.

“When I offer wine tastings, people are always thrown by black pepper being an enjoyable tasting note,” she says. “And well, who doesn’t enjoy some yeasty bubbles?”

One thing to remember is that even if you don’t like an aroma, you may enjoy the wine – and that aroma may be a hallmark of some of the best wines in the world. Who doesn’t want to taste those, right?

Take, for example, pencil lead. It’s the signature of many high-end bottles of Bordeaux and is a good mark of its terroir.

“I can’t say that I enjoy the aroma of pencil lead. I can say that I know it is a characteristic, particularly of Left Bank Bordeaux, that is kind of signature to the wine,” Towler says. “That said, I appreciate when a wine is true to its terroir.”

Earth is another aroma that you shouldn’t write off. Often “earthy” is used as an umbrella descriptor for complex aromas and flavors from the ground, such as mushrooms and potting soil.

And, just like pencil lead aroma, they are found in some of the best bottles in the world.

“Earthy for me always smells like wet leaves,” Garba says. “No one in their right mind would go around eating and enjoying wet leaves, but in wine, it works. I love when Pinot Noirs have an earthy note. They are so fruity and aromatic, yet the earthy ones are much more fun!”

Cohen says a really fun aroma to seek out and try is gas or petrol. It sounds weird, but it’s a key aroma and flavor that can tell you much about where a wine is from and how old it is.

“You can find this in many Rieslings, specifically aged Rieslings,” Cohen says. “It’s specific to aged Clare Valley, Australia Rieslings.”

When a Weird Smell Indicates a Bad Bottle

Casassa says the three main ones are smoke taint, Brettanomyces, and cork taint. So, if you smell something burnt or ashy, horse manure, or wet cardboard, you’ve got a wine that’s been compromised.

Other than that, most aromas you get are pretty much fair game for exploration. Casassa likes almost all aromas in wine as long as they don’t indicate a fault and are true to the style of wine and the winemaker’s technical intention.

“Wine – even the cheapest and most affordable wine – have an intention, and the chemical and sensory composition of said wines should match the commercial or aesthetic intention,” he says.

And, even if you didn’t like an aroma the last time you got it in a wine – or you don’t think you would like a particular smell – Towler says to give it a chance.

“Be open to discovery,” he says.

You might surprise yourself and find the smell of freshly cut garden hose or a popped-open can of tennis balls in your next glass delightful.

Do You Confuse Primary, Secondary, and Tertiary Wine Aromas? Here Are 3 Ways To Keep Them Straight