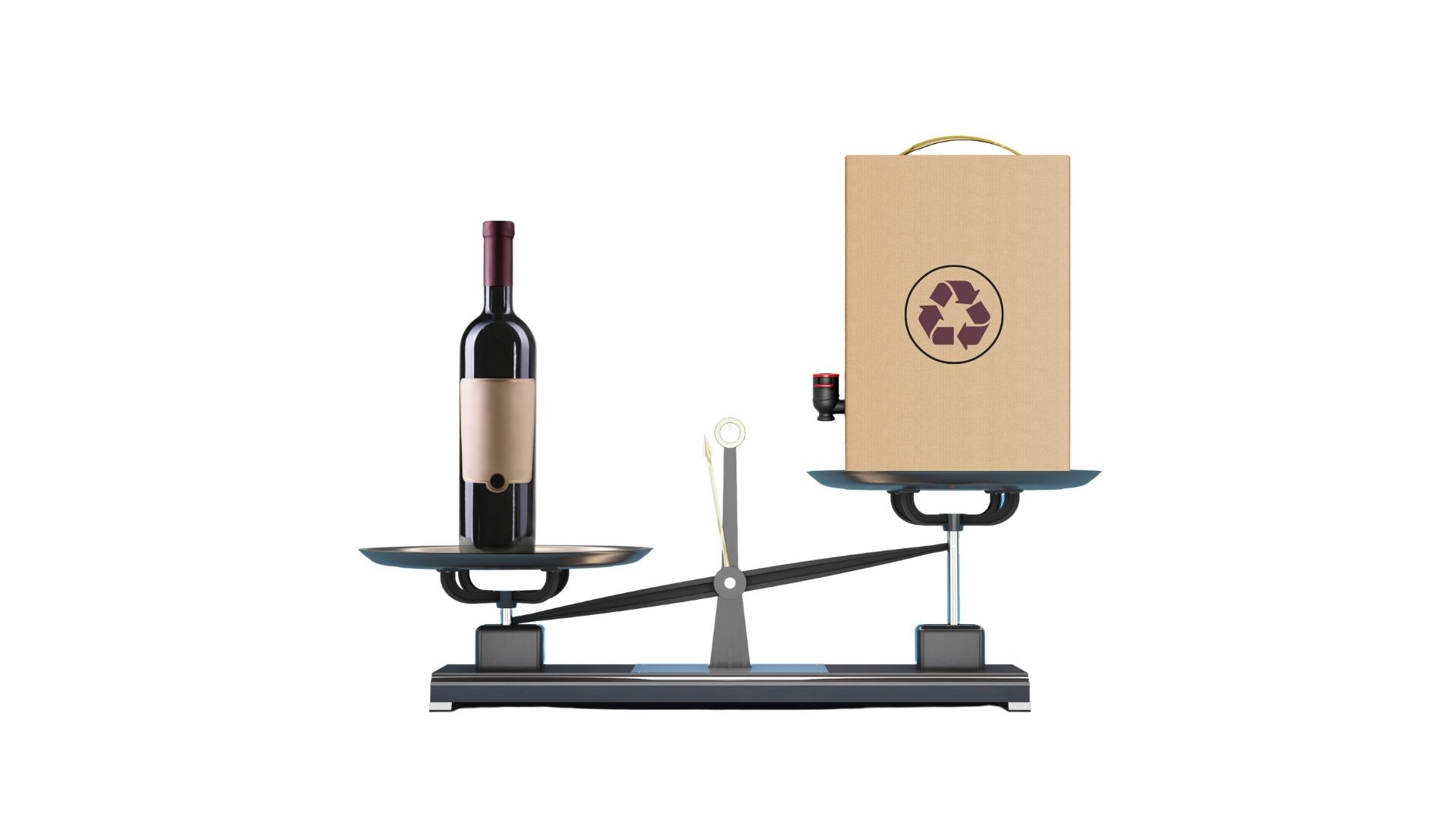 Boxed wine gets a bad rap. Perhaps it’s from our wine-chugging college days of slapping the bag and waking up feeling like an elephant was squishing our heads. Or maybe it’s because people think wine in a box is typically more ‘bargain-basement’ than ‘boutique baller’.

It’s time to move beyond preconceived notions and embrace boxed wine not only because of new, quality brands but also because it has a sustainable, long-term impact.

According to California Sustainable Winegrowing Alliance (CSWA), the carbon footprint of a bag-in-box package (BIB) is 84% less than the packaging of the exact wine in a 750ml glass bottle. BIBs use less energy during production and less fuel to transport (glass is heavier and thus requires more fuel).

Boxed wine is the clear eco-conscious choice, and more producers are responding with quality versions, proving that boxed wine can be tasty while also being the better option for the environment.

As we approach the holidays, a time of joy and giving, there’s also a dark side of profuse waste. From wrapping paper to liquor bottles, Stanford University estimates a 25% increase in trash between Thanksgiving and New Year’s. So why not make a difference where you can? Here are seven sustainable boxed wines that will change the way you imbibe for the better.

Launched in the summer of 2022, Juliet is a newcomer on a mission. Founded by Allison Luvera and Lauren De Niro Pipher, their goal is to make sustainable boxed wines a movement, not just a trend. “We want there to be a real culture shift where people understand that if it’s a casual consumption occasion, reaching for a box, not a bottle, is the responsible decision to make,” explains Luvera.

The duo began with a Sauvignon Blanc and a Provençal style, 100% Grenache rosé and have since launched a 2021 Edna Valley Pinot Noir. All three options are available in their signature Eco-Magnum™, which holds two standard bottles of wine (1.5 liters) and stays fresh up to six weeks after opening.

The large format bag sits in a cylinder reminiscent of premium whiskey boxes — an aesthetic centerpiece for any bar or table setting and is reusable.

When reordering, Juliet offers a pouch-only option which requires less energy for transport and no need for another Eco-Magnum™. The brand also has a takeback program, an opportunity for consumers to print and download a return label to their production facilities, where they’ll take care of the recycling for you.

Also launched in 2022, Alileo Wines is a brand new offering that brings the best of Sicily stateside (a feat in itself as the majority of Sicilian wines don’t leave the island due to small, familiar production).

Cantina Foderà, a six-generation winery, produces the wine on the west coast of Sicily. Using organic viticulture and low-intervention winemaking, their most popular style is Syrah, which resembles a New World style of the native French grape.

Following a regional launch that sold out in five days, Really Good Boxed Wine’s first nationwide debut was also a sell-out, so they decided to make things official with their first broad release, a 2019 Paso Robles Cabernet Sauvignon.

They also debuted a collaboration series, the first of which is a 2020 Merlot/Syrah from Ian Devereux White, founder of Smith Devereux Winery in Napa Valley.

All wines come in a 100% recyclable box that holds four standard 750ml bottles.

Produced by Famille Perrin, proprietors of Chateau de Beaucastel in the Southern Rhône, this French label has been around since 1967.

In 2020, however, La Vieille Ferme began offering their signature red, white, and rosé expressions in boxed format. The white blend is fresh (influenced by the altitude of the Luberon massif), typically featuring a makeup of Bourboulenc, Grenache Blanc, Ugni Blanc and Vermentino. The rosé is also influenced by the Luberon, resulting in a crisp sip with subtle berry fruit on the palate, composed of Cinsault, Grenache, and Syrah. The red Rhône blend is traditionally elegant but with a pleasant structure, combining Carignan, Cinsault, Grenache, and Syrah.

Inspired by the slowness and simplicity of the Mediterranean, Gratsi launched as a wine that is an exemplary symbol of this lifestyle. Currently available in three blends, white, red and rosé, Gratsi sources their grapes from Washington vineyards near the Yakima River (including the sub AVAs of Horse Heaven Hills, Rattlesnake Hills, Wahluke Slope, Columbia Valley, and Yakima Valley).

All three styles come in a box equivalent to four 750ml bottles and pride themselves on low sugar content, with about 0.05 to 0.4 grams per glass (the USDA average for a dry table wine ranges from 1 to 2 grams per 5 oz. serving).

At the beginning of 2022, Tablas Creek experimented with boxed wine when they diverted 100 cases of their 2021 Patelin de Tablas Rosé into 300 three-liter bag-in-box packages.

The Paso Robles-based winery priced each box at $95 rather than the $112 they would have charged for the four bottles of wine in the BIB because they were paying less for packaging. It was a hit with dedicated customers and new palates alike (all 300 boxes sold out within four hours). So, Tablas Creek expanded their release to include its signature rosé (comprising Grenache, Mourvèdre, and Counoise grapes) and a white blend of five Rhône varieties.

The Vino Rosso is 85% Sangiovese and 15% Trebbiano offering notes of ripe, red cherries with fine tannins. Rosie Giovese Vino Rosato is produced from 60% Sangiovese, 30% Merlot, and 10% Lacrima for a fruity but refreshing blush-hued rosé.

Both styles are produced with organically-farmed grapes by Italian wine expert and importer Amy Ezrin.