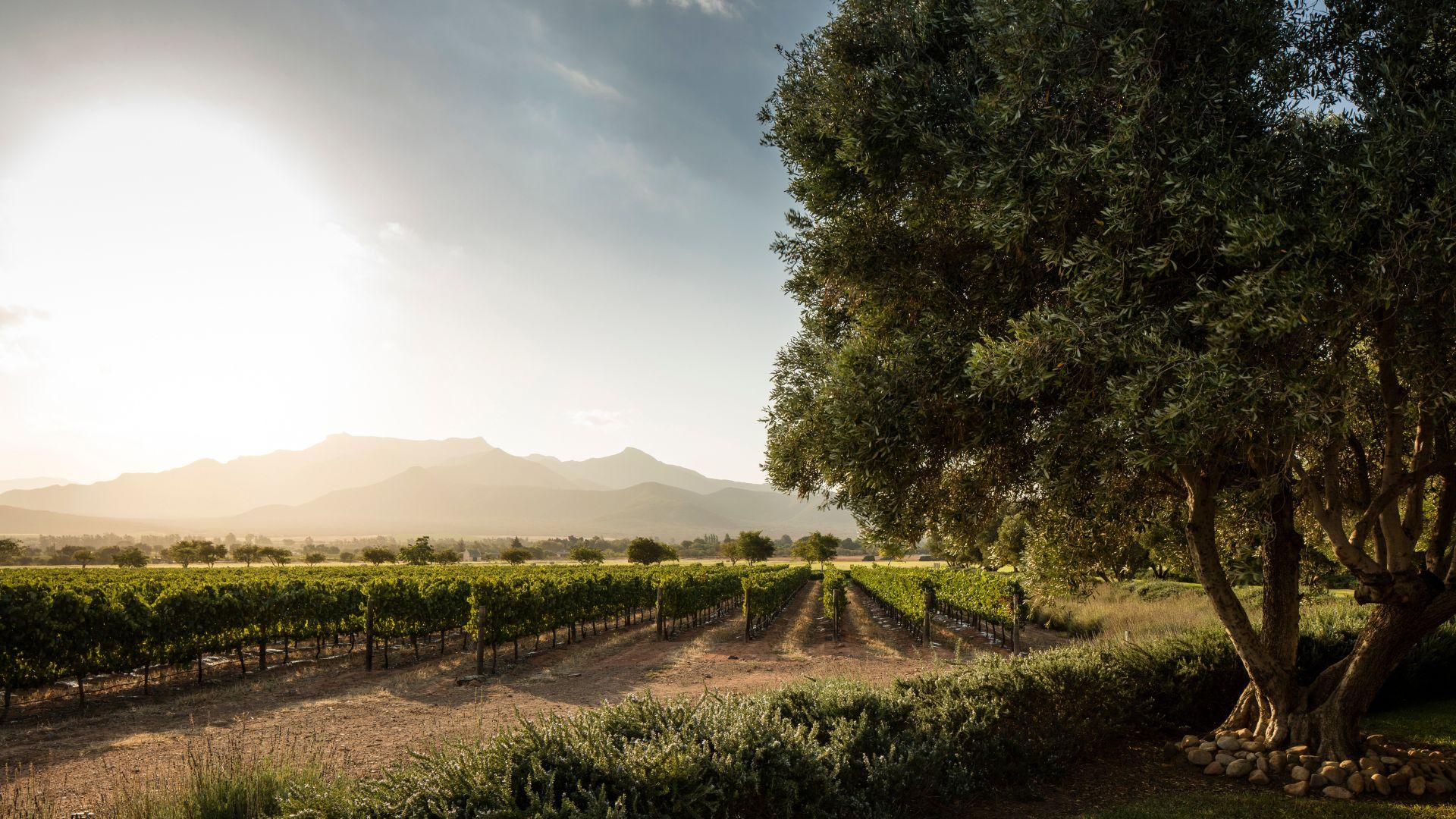 When South Africa ended its morally grotesque and legally binding apartheid on April 27, 1994, the wine industry seized its opportunity. Then, many South African wine producers entered the global market following decades of being shut out by other countries over their government’s policies.

The Boycott Movement began in 1959 to protest the systemic segregation and discrimination of South African Blacks. In 1962, the United Nations took up the cause with Resolution 1761, calling for economic and other sanctions on South Africa. Initially, not all Western nations were on board. It wasn’t until the 1970s and 80s that widespread boycotts and divestment campaigns happened in the U.S.

When South African winemakers had the opportunity to share their wines on the global stage again, it inspired a Renaissance in winemaking. During apartheid, many producers focused on cranking out bulk wines, using industrial farming and production techniques. But in the 90s, they began doubling down on quality over quantity and taking advantage of the auspicious Mediterranean climate and bountiful sun.

But at the same time, it became increasingly clear just how vulnerable South Africa was to climate change. The country’s dependence on coal for energy exacerbated the problem. The country is one of the most biodiverse regions on the planet, and climate change, and the ensuing drought, is threatening up to one-third of the country’s endemic species.

Many winemakers have gotten the memo.

“The danger of losing biodiversity is serious,” says Johan Reyneke, owner and viticulturalist at Reyneke Wines. “In the Cape in South Africa, 200 plant species alone are endangered. We must change the way we think. We’re not inheriting farms from our parents; we are borrowing them from our children. We need to take environmental and social justice seriously and redefine and improve our terroir by giving back to the land.”

Because the land of South Africa is truly like no other.

About 95% of South Africa’s wine production occurs in the Cape Winelands. The terroir there is diverse: encompassing 223,660 acres across a 500-mile-long swath of land between rugged mountains — the most famous and distinct of which is the instantly recognizable Table Mountain — along the Atlantic coast.

The climate is Mediterranean, with the slopes and valleys of the region creating an ideal grape-growing habitat. The summers are long and sunny, and the winters are mild and wet. The Western Cape is also one of the most botanically diverse regions in the world, richer than even the Amazon. Inscribed as a World Heritage site in 2004, it is one of the world’s six floral kingdoms. About 9,600 plant species live in the Cape Floral Kingdom, 70% of which occur nowhere else on earth.

The country’s winegrowing regions are divided into demarcated geographical units. Within its regions, there are 30 districts, and then 98 smaller wards. In the Western Cape, the five regions are Breede River Valley, Cape South Coast, Coastal Region, Klein Karoo, and Olifants River.

Within the Winelands, there are several now world-famous regions. The two instantly recognizable standouts are Stellenbosch and Robertson. Stellenbosch’s roots date back to the 1600s, and it boasts a mountainous terrain with well-drained soils and some 200 producers. Robertson’s lime-rich soils, meanwhile, coax incredible complexity out of Chardonnay, Sauvignon Blanc, Shiraz and Cabernet Sauvignon. It comparable to Champagne and has developed a growing reputation for terroir-driven sparkling wines made in the traditional method.

“As early as the 1970s, the Robertson area became acknowledged in the industry for its unique terroir – like that of the revered Champagne region in France,” says Graham Beck’s winemaker and COO, Pieter Ferreira. “The area’s great natural asset is that it has the richest natural limestone deposits in South Africa. Limestone’s low pH and natural acidity is ideal for growing the two classic sparkling wine varieties central to Cap Classique: Chardonnay and Pinot Noir. Besides the abundant African sunshine, our vines benefit from a diurnal climate (hot days and cool nights), enjoying a cooling breeze in the afternoons and significantly reduced temperatures overnight.”

There are several up-and-coming regions gaining traction in the U.S. as well. Swartland, traditionally a grain-producing region, has been on the rise for its mountain wines — especially the Pinotage, Shiraz, Cabernet Sauvignon, and Chenin Blanc. Elgin is a high-lying cool climate district, producing fruit-forward and elegant Chardonnays and Pinot Noirs. For those who love extremes, Cape Agulhas, perched on Africa’s southernmost tip, makes for a constant stiff breeze, blowing off disease pressure and enhancing flavor for grapes like Semillon, Sauvignon Blanc and Shiraz.

Total wine exports were up 22% year-over-year, despite trade challenges due to COVID, according to Wines of South Africa. Exports comprise just over 50% of South Africa’s total volume, with about 19 million glasses of South African wine enjoyed across the globe every day.

The Future of South African Wine

In the early aughts, the wine industry was growing so quickly that it began to threaten the habitats that helped make the wine so special. The impending crisis inspired an unusual collaboration between environmental nonprofits and members of the wine industry. Formally minted in 2004, it put systems in place benefiting wine farmers and their surrounding plant, insect, and animal species.

Today, the WWF has 55 winemaking Conservation Champions in its network. Each one commits to regenerative farming, conservation and sustainable water and energy use. Collectively, the Conservation Champs own about 105,020 acres. 61,777 are devoted to conserved land, allowing the 9,600 plant species to survive and thrive.

“Treading lightly upon the earth is deeply embedded in our values. We believe that the exceptional quality of our Cap Classique starts in the vineyards,” Ferreira explains. “As a proud WWF Champion, we work in close collaboration with Mother Nature to achieve the finest expression of our land. Our biodiversity initiatives focus on conserving water and energy, as these play a pivotal role in farming.”

Graham Beck was one of the first Conservation Champs in South Africa. Ferreira says he saw it not just as the right thing to do but as the essential thing to do.

“We are in Robertson, which is semi-arid, and drought is a real concern,” he explains. In addition to conserving land, the winery has installed 1,200 solar panels and recycles 3 million liters of water per month.

In addition to preserving the region’s natural heritage, Graham Beck works to safeguard the health and welfare of the workers on the farm and the surrounding community.

“Inspired by the generous and pioneering spirit of the estate’s founder, Graham Beck, and his wife Rhona, we have a variety of philanthropic initiatives underway,” Ferreira says. “All these philanthropic activities are conducted by a philanthropic trust. The Graham & Rhona Beck Development Trust focuses on the Robertson area.” The trust includes education and skills development, such as an after-school crèche, leadership programs, and bursaries. Youth development, sports and recreation, and health and welfare initiatives are also a focus. “The long-term goal of the Beck Family to uplift and enrich people’s lives is a powerful legacy that continues to inspire and guide us today,” adds Ferreira.

Reyneke, meanwhile, says he farms organically and biodynamically for the land and the people who work on it.

“It’s a better life for all if there are no chemicals, and you take care of your workers,” he explains. “It’s about land caring and also land sparing.”

His philosophy also encompasses the quality of life of his workers. Reyneke has built homes on the estate for the workers and their children. He also covers their education and has funds set aside for their retirement. (All proceeds from Reyneke’s Cornerstone Wine, a blend of Cabernet Franc and Cabernet Sauvignon, funds the project).