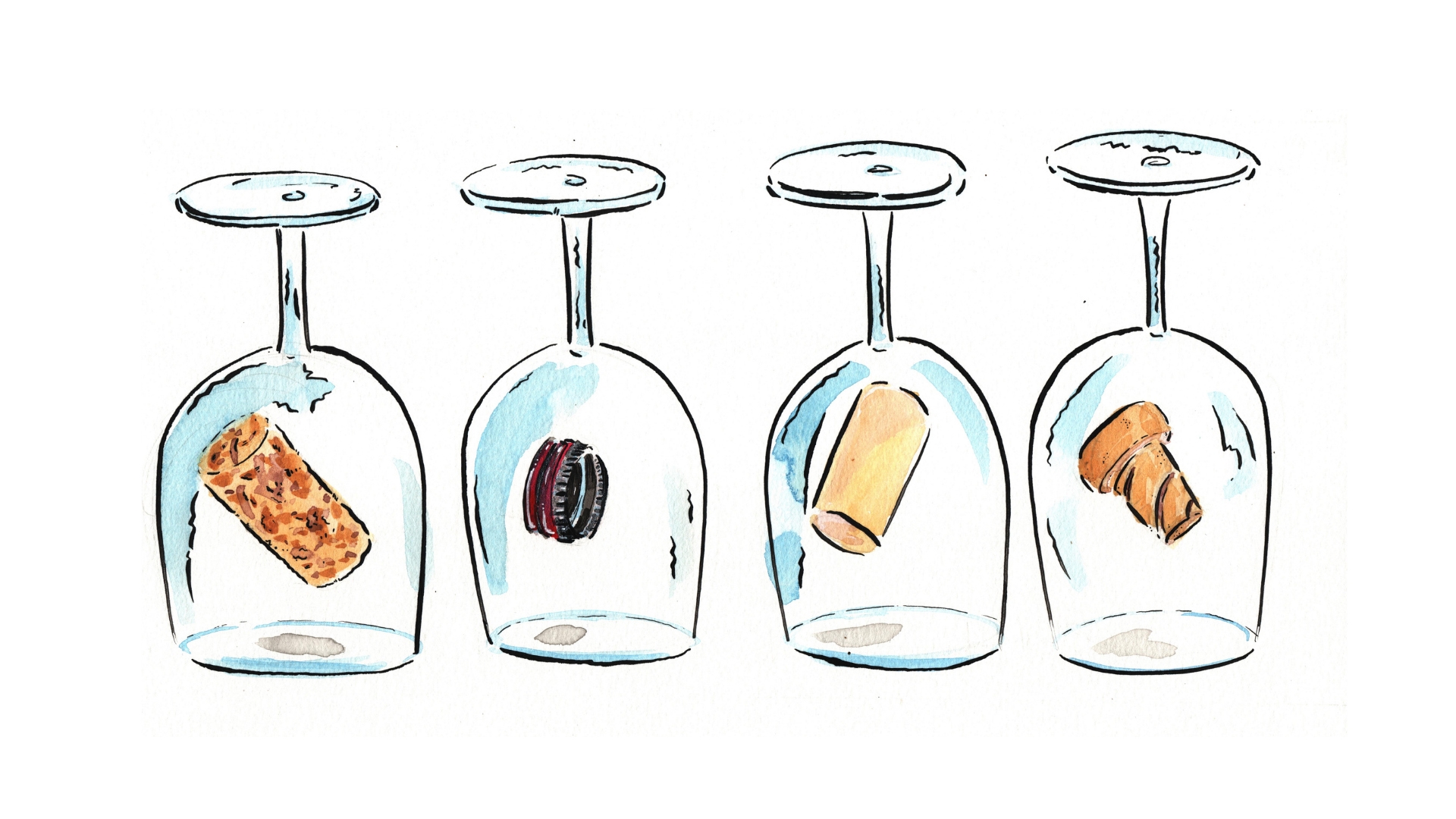 Evaluating a bottle of wine often involves determining essential factors such as region, grape variety, and producer. However, one element often overlooked is one of the first things we encounter: the closure. Long before a wine bottle reaches our table, a winemaker has given considerable thought to the seal. Often this decision will provide subtle clues about the producer or the culture of the region. Picking from some of the best wine closures may seem subjective. However, producers weigh the pros and cons heavily when it comes to deciding which one to use.

Mediterranean cork groves have been the world’s leading source of wine cork for centuries. The groves are some of the most bio-diverse and sustainably harvested forests in the world. In addition to having the most extended history, natural cork remains the most popular closure worldwide.

Given the historic high rate of cork taint, it is surprising that natural cork reigned supreme for centuries before a challenger came on the scene. It was in 1964 when Peter Wall, former director of Yalumba winery in Australia, commissioned French company Le Bouchage Mechanique to develop a closure alternative. The result was the “Stelvin,” or more commonly, an aluminum screw cap.

The Rise of Other Wine Closures

Though not as widely used, there are additional closures that merit a mention.

Composite cork refers to cork particles or cork dust formed with pressure and glue or plant-based binding agent. Several advantages of this type of cork include being TCA-free, allowing for some oxygen transmission, and offering a great price point for value-oriented wines. Composite corks can break down easier than natural cork, and their best use is in wines intended for consumption less than one year after bottling.

Vinolok is arguably the most elegant closure. Made of glass, Vinolok is one of the most expensive and labor-intensive options. Bottling lines are generally compatible between cork or screw top closures, so the use of glass closures requires additional resources and time during bottling.

The Helix is a relative newbie on the closure scene. Introduced in 2016, Helix is a joint venture between Amorim and glass-bottle manufacturer Owens-Illinois Inc. Combining the twist-off convenience of a screw cap with the traditional “pop” of a cork, the Helix offers the advantages of both cork and screw cap closures, with the potential to gain traction as a sustainable alternative to aluminum.