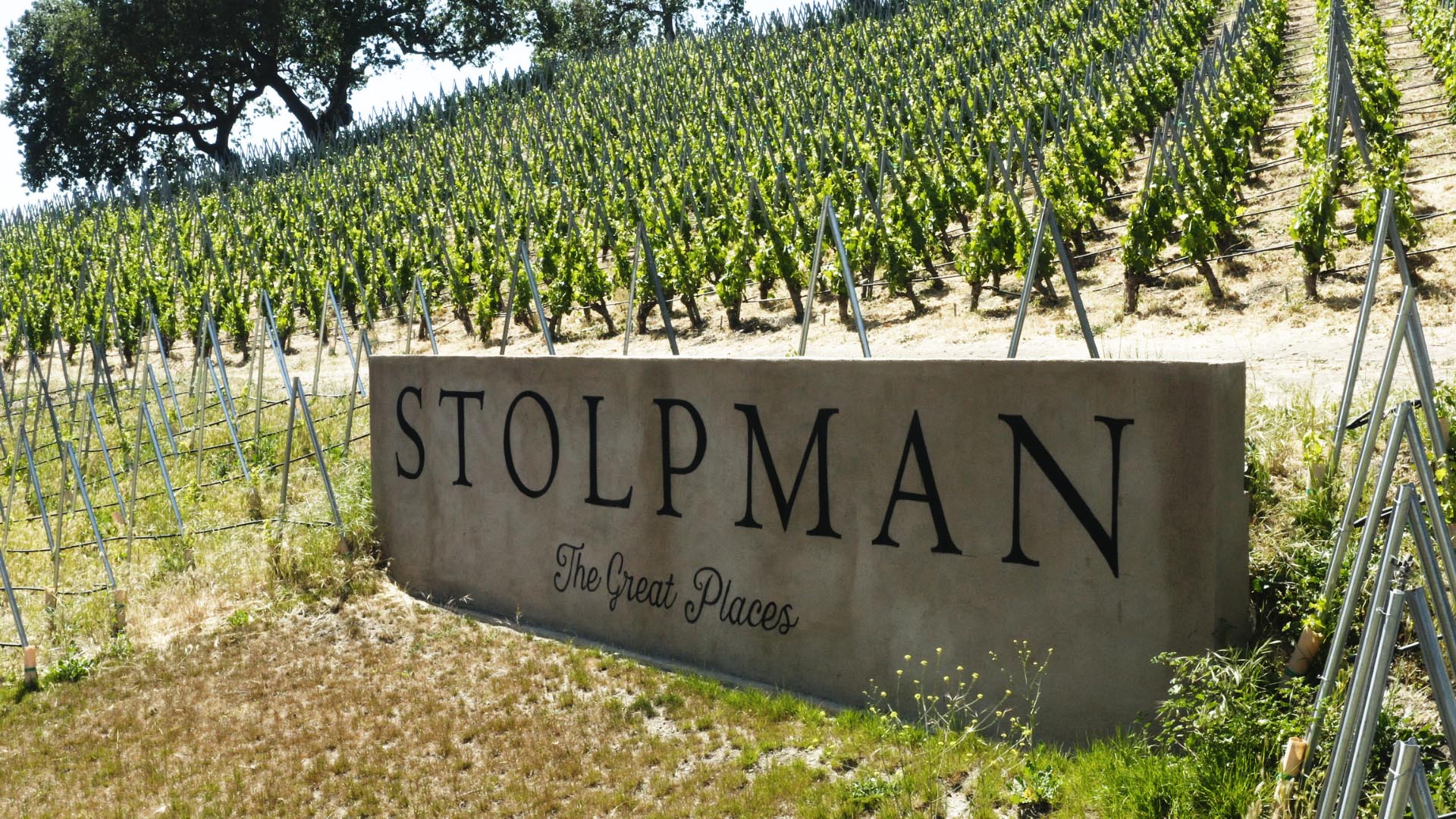 There are more than 5,700 miles between Ballard Canyon, California and the Northern Rhône. That’s a lot of miles between two things that have some remarkable similarities. Well, at least when it comes to winemaking. In the heart of Santa Barbara Wine Country sits Stolpman Vineyards, one of approximately a dozen commercial wineries in the Ballard Canyon AVA.

The AVA was made official in 2013, but grape growing for the Stolpman family began three decades earlier. Tom Stolpman was a trial attorney from Long Beach, searching for limestone soil near the ocean. He found the plot in 1988, purchased it in 1990 and planted vines in 1992. But it wasn’t until 1997 that he and his wife, Marilyn, produced their first commercial wine.

From the types of soil to certain aspects of the climate to the grape varieties, Stolpman was one of the pioneers in the area that connected the dots. He drew inspiration from France, the Northern Rhône specifically, to make vibrant, site-specific wines with minimal intervention.

It Always Starts With the Soil

Stolpman knew from the outset that success would lie in the soil. Limestone offers a rich base of nutrients for the vines, providing better success for ripening. It also has natural abilities to retain moisture. On the Stolpman property specifically, the limestone has a thin layer of dense clay topsoil which helps with water retention even further. This combination of soil means that irrigation isn’t necessary. As a result, Stolpman is dedicated to dry farming to grow concentrated, undiluted grapes.

In France, limestone soil is notable for helping create the world-renowned wines of Champagne, Burgundy, and even parts of Bordeaux. In the Northern Rhône, many soil types are clay, rocky and granite. However, limestone is prominant in the Hermitage appellation, where it produces wine with more tannin and body.

A Focus on Syrah

Stolpman Vineyards offers a variety of wines made from French grapes. They grow white grapes such as Sauvignon Blanc, Trousseau, and Roussanne and red grapes like Grenache and Mourvedre. But their speciality is undoubtedly Syrah – the star and focus variety of the Northern Rhône.

Northern Rhône Syrahs are medium to full-bodied, savory and herbaceous. They are known to have characteristics of black currant, green peppercorn, olives, and smoked meat. High-quality versions can age up to 20 years.

Stolpman’s vintage chart (updated May 2021) is available on their website and shows similar abilities to age.

Though thousands of miles apart, aspects of the climate in Northern Rhône hold in Ballard Canyon, resulting in prime conditions for growing Syrah.

The latitude of Northern Rhône is approximately 45°N, placing it at the northern limit of where it can ripen successfully – especially in conjunction with the cooling effects of the region’s mistral winds. Most of the prized sites for Syrah have southerly exposure on steep slopes with proximity to the River Rhône.

The latitude of Ballard Canyon is further south, sitting at 36°N, providing warmer daytime temperatures. However, daily winds from the cold Arctic flow of the Pacific Ocean run through the Stolpman’s fully exposed hillside vineyards.

In this clip from Behind the Glass: Stolpman on SOMM TV, Tom Stolpman and Pete (son and partner) explain the comparison and benefits of the wind.

In addition to the wind, the Ballard Canyon experiences nearly no shelter from the Pacific Ocean. The result is low nighttime temperatures which helps the grapes retain their acidity throughout the long growing season.

One final comparison between the Northern Rhône and Stolpman Vineyards are the stakes used to help support the vines. Because both areas experience strong winds, vines are trellised individually with the support of tee-pee-like stakes. The arrangement is called trépied.