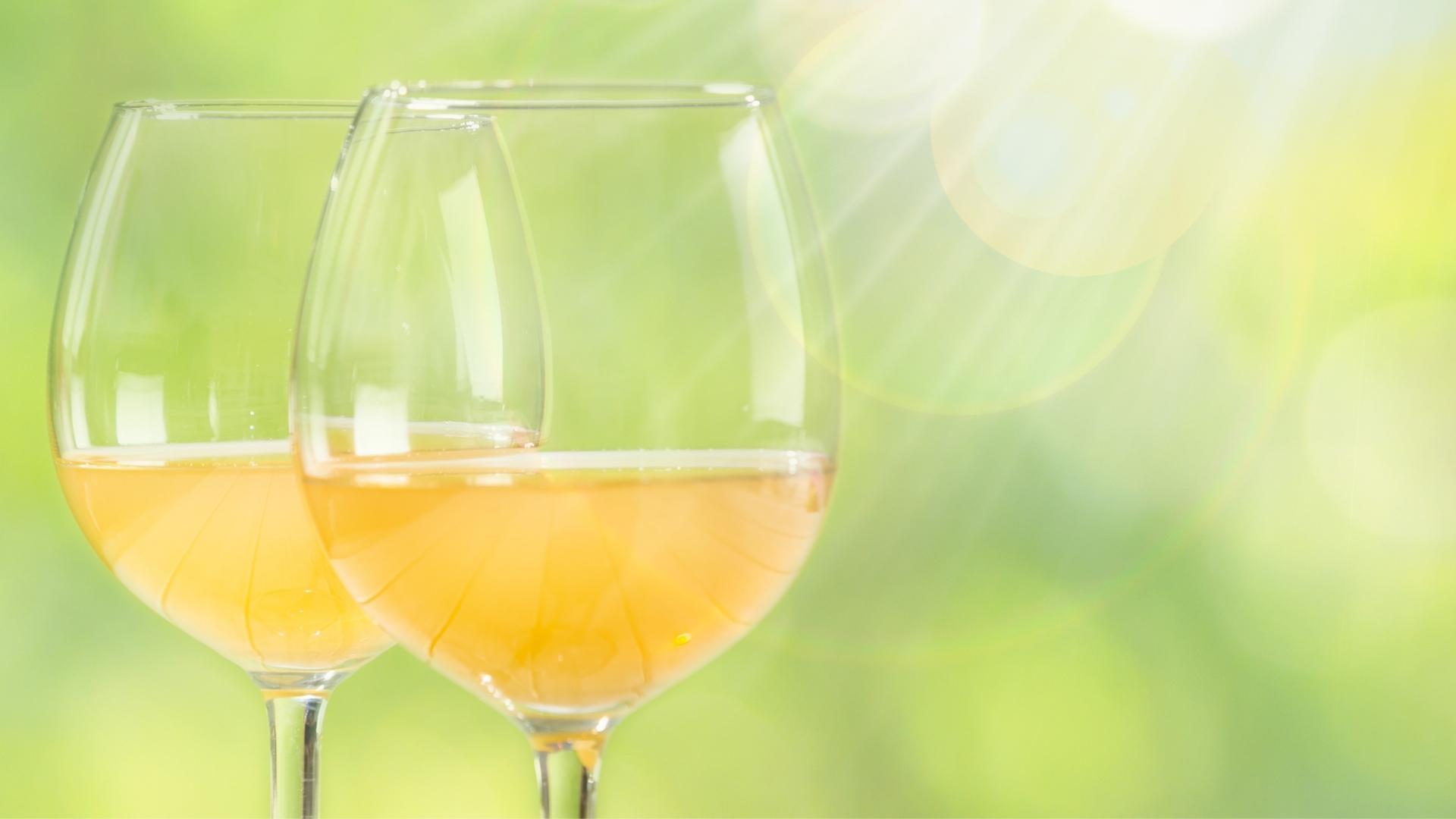 In the northeast corner of Italy spans a 3,000 square mile wine region with a global reputation for high quality white wine. Friuli Venezie Giulia, home to more than a million people, produces styles ranging from fresh and easy-drinking to complex and amber-hued. Orange wine fits into the latter category, it’s a style of white wine where the grape skins and seeds remain in contact with the juice during maceration. It’s a similar process that produces red wines.

In this clip from An Intro to Orange Wines, available on SOMM TV, sommelier Matthew Kaner explains the differences between white and red winemaking, and where orange wine falls in comparison.

While all orange wine is some form of a macerated white grape variety, not all macerated whites are orange. Friuli Venezie Giulia and its surrounding area produces a spectrum of copper-hued wines, each with a distinct history and regional typicity.

The History of Maceration in Oslavia

The village of Oslavia is located at the foot of the Julian Alps, a mere 200-meters from the Slovenian border. The area gets universal recognition as the cradle of modern-day orange wines.

The process of orange winemaking is ancient, dating back 5,000 years with origins in Georgia. Then, wines went through fermentation in Qvevri, buried vessels with stones, clay, and beeswax seals.

In 1997, winemaker Francesco (Joško) Gravner was the first to bring authentic Qvevri to Oslavia and experiment with long macerations. Soon after, other producers such as Stanko Radikon, the Bensa brothers, and Dario Prinčič also began experimenting with the technique. Their goal was to see how tannins extracted from the skins could make wine more stable. Consequently, if successful, there would no longer be a need for fining and stabilization practices.

The ultimate goal was to reduce additives in wine, which supports the area’s organic and biodynamic viticultural practices. To make wines true to the region, winemakers chose Ribolla Gialla, a local white grape variety. The wines that came out of those experiments were the ones we now call – much to Gravner’s dismay – orange wine.

Meanwhile, on the Karst Plateau…

Less than an hour away in the hamlet of Prepotto, in the sea-facing vineyards of the Karst Plateau, Edi Kante was more or less experimenting with the same techniques using Chardonnay grapes. Shortly later, he turned to varieties more typical of the area, particularly Vitovska.

Following his model, other winemakers in Prepotto started producing skin-macerated Vitovska, which is standard of the area nowadays.

The History of Pinot Grigio and Ramato Wine

Friuli Venezia Giulia is a thoroughfare of different cultures and is within arms reach of many regions. Perhaps that’s why so many grape varieties grow here, none more celebrated than Pinot Grigio.

Many believe that Pinot Grigio came to the area sometime in the 19th century. However, its popularity saw massive gains following the praises from Senator Pecile in 1863, two years after the Kingdom of Italy became official. In other words, Pinot Grigio was an anchor of the region before Italy became an official kingdom.

Cristian Specogna is a local oenologist for Specogna wines. When reached on the phone, he explained that historically, maceration on the skins aided fermentation in cooler conditions. Keeping the skins and its yeast produces softer skins that are easier to press. Thus allowing for more juice.

Thanks to the dark color of its berries, Pinot Grigio gains an attractive coppery hue when left on skins, even briefly. It is called ‘ramato’, from the Italian word for copper, ‘rame’.

A Rainbow of Copper

Many producers continue to make historically-relevant Ramato wines, particularly as trends edge towards true-to-terroir winemaking. Of course, there is a spectrum of examples, depending on the length of maceration times and aging. But the following selections showcase Pinot Grigio’s versatility.

Di Lenardo produces Gossip in a cold environment, protected from oxygen. Skins remain in contact for one night before being pressed and vinified like a white wine.

Specogna winery in Corno di Rosazzo is famous for producing Pinot Grigio in a Ramato style since their first vintage in 1973. Their Riserva ferments on its skins for one month and then ages in wood.

And Scarbolo began producing its Ramato, XL, in the early 2000s. It’s fermented on skins for two weeks and sees two years of oak aging.

Across the border in Western Slovenia, Aleks Klinec and Marian Simčič from Brda are perhaps best known for their highly reputable macerated white wines. Still, the cultural importance of macerated white wines is better understood when considering producers that don’t focus solely on this style.

Patrick Simčič (unrelated) produces a macerated Rebula among his range of protectively fermented, concrete-aged, bright white wines. Thanks to its clean profile and depth, it’s probably his most praised wine.

Lepa Vida winery in Vipava Valley also focuses on fresh whites. oOo, or Out of Office, comes from single-vineyard Malvasia and Rubela. It sees two weeks of prolonged skin contact and owes its balance to careful control of temperature, oxygen and cap management. Further complexity comes from oak aging.

Both these producers, like others, aim at a very approachable style of macerated white wines, yet don’t completely disregard the style when striving to represent their territory because it is as long-standing here as it is on the Italian side of the border.