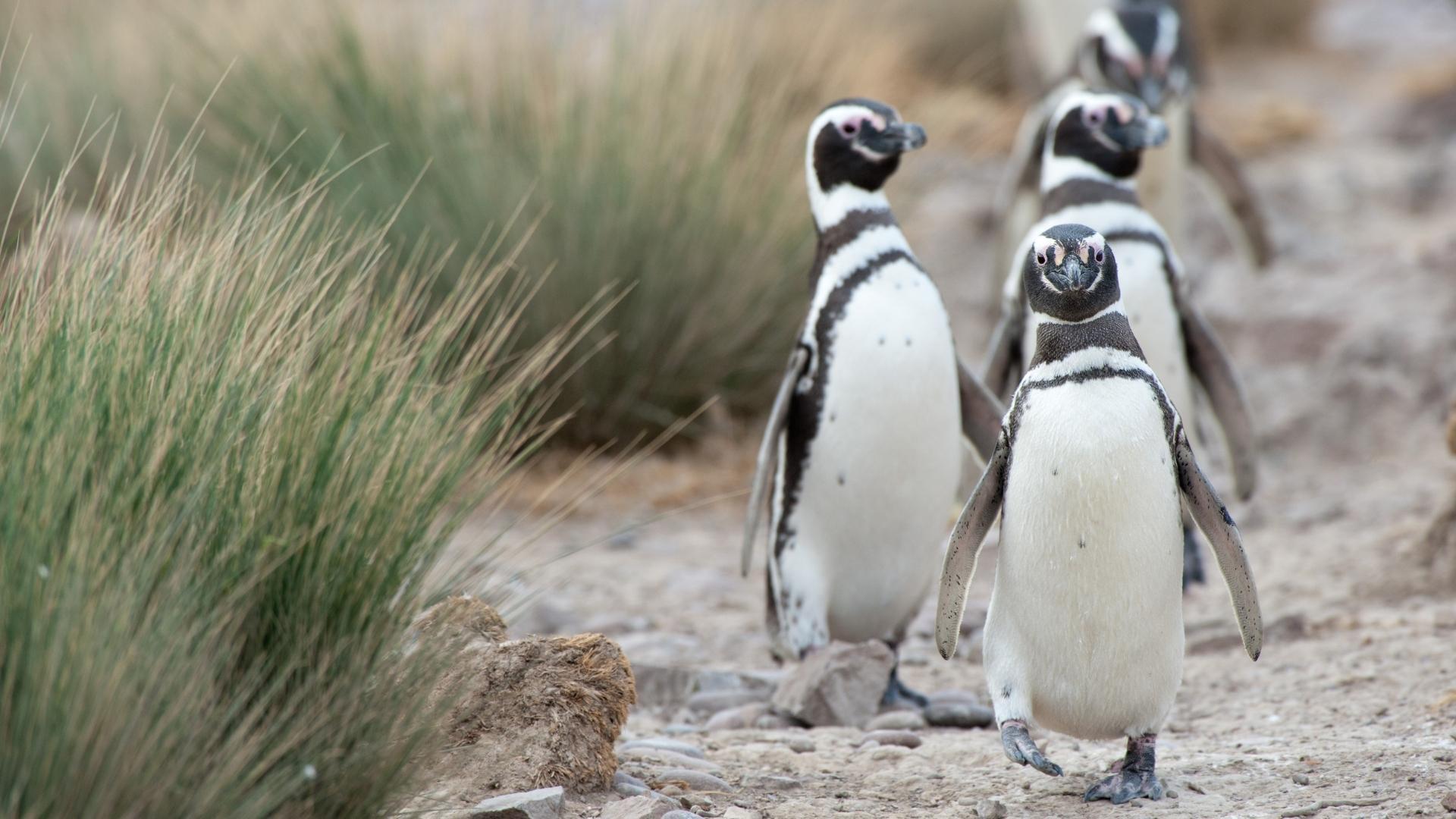 Think of Argentine wine, and you’ll likely assume Malbec from the Andean foothills of Mendoza. Yet terroir in the world’s fifth-largest wine producing country goes beyond the renowned province that produces the majority of Argentina’s wine. Vineyards cultivated 1,000 meters above sea level (masl) are the norm in the South American country. However, winemaking in Patagonia is pushing boundaries in the provinces of Río Negro, Neuquén, and Chubut. This southerly terroir, a vast, remote, and hostile region, contributes to the country’s latest oenological chapter.

Bahía Bustamante, an eco-lodge and private nature reserve in Chubut, is making history with unusual (to Argentina) maritime wines. Curious sea lions and a Magellanic penguin colony share the rugged Atlantic coastline with a single hectare of gobelet-trained organic and biodynamic Semillón, Pinot Noir, and Albariño. Their Vinos de Mar project breaks the rules, conceived by Matías Soriano and Astrid Perkins, alongside bartender Tato Giovannoni and winemaker Matías Michelini. They are cultivating vineyards at sea level rather than at mountainous elevations.

Soils are formed by clay, broken shells, and shingle, while brutal eastern winds batter the vines relentlessly. The 2022 harvest was particularly challenging, says Perkins. “Over the past three years, wind behaviors have changed, and there’s been an increase in easterlies and southerlies. Summer temperatures have risen, plus daylight hours are long. And because top temperatures also hit 107ºF (42ºC), we harvested three weeks early, in late February.”

For the winemaking process, Michelini takes inspiration from this unique terroir. “Making wines surrounded by extreme autochthonous nature such as penguins and guanacos [camelids] makes you remember how unique this place is and that the challenges are the engine that drives us.”

Icy but Not for Ice Wine

On the west side of Chubut, approximately 12 miles (20 km) from the Chilean border, Trevelin was granted IG status in 2020. A Winkler I region, ‘extreme’ at Casa Yagüe means frost and snow, icicles often enshrouding bunches during harvest. At the same time, summertime diurnal temperatures can range from 91°F (33°C) during the day to 28°F (-2°C) at night.

Architect-turned-vintner Patricia Ferrari and husband Marcelo Yagüe followed in the footsteps of migrant Welsh farmers who, at the start of the 20th century, successfully cultivated wheat and raised livestock in fertile Trevelin, a valley that curiously benefits from Pacific Ocean breezes. They produced alfalfa and pasture for their holistically grazed Aberdeen Angus cattle. They then turned their hands to grapes with a single hectare of organic double cordon spur-pruned Chardonnay and Sauvignon Blanc in 2014.

Their wines include Marsanne, Pinot Noir and Pinot Grigio, which express the extreme climate of this place. Their wines sport refreshing acidity to which few Argentine vintages can equal and orchard fruit aromas and flavors; with luck, alcohol reaches 11%. Just 2,500 bottles under production mean there are few opportunities to sample this zingy expression of this surprising Patagonian valley.

The World’s Most Southern Winery

Chubut is also home to the world’s most southern winery found, Otronia, at 45º22” S. Beginning life as a cherry orchard, Otronia now also cultivates 50 hectares of vines. Its location next to Lake Musters ensures a wide array of soils, including sandy blocks and alluvial limestone.

“I’d never worked with soils left behind by receding waters before. Lake Musters’ clay lacustre is, for me, the most interesting,” says head winemaker Juan Pablo Murgia. “Our Chardonnay, Gewürztraminer, and Pinot Noir have the best results from these clay soils. Combined with extreme peaks of hot daytime and low nighttime temperatures, they create fantastic natural acidity and freshness as well as an interesting aromatic profile.”

The Lunar Landscape of Río Negro

In the province of Río Negro, Felipe Menéndez, general director of Casa Pirque, took 64 trips over a decade before identifying a unique place to make wine. His journey led him to Valle Azul where Araucana, a bouncy and floral Malbec, comes from today.

Menéndez initially bought 180 hectares, plus 300 more, attracted to its volcanic ash and limestone soils dotted with quartz. However, the landscape sees near-constant winds during hot days and cold nights.

Araucana’s remote location proves to be the toughest challenge in a region with few trained in the art of viticulture. “We have to invest in and train our people because if we need to resolve a problem, such as fixing a tank, we can’t do that easily,” says Menéndez. “Putting together a team is as big a challenge as managing nature here.

The upside, however, is that the barda (sloped rock faces) that surround the vineyards are packed with calcium carbonate. Combined with volcanic soils and wide thermal amplitude, our wines have low pHs and exotic flavors with plenty of naturally fresh acidity.”

It’s not all blasting winds and freezing temperatures in Patagonia. San Patricio del Chañar is one of Argentina’s newer winemaking regions. “The bardas provide a mix of soils that range between limestone, clay, sand and gravel,” says Juliana Del Águila Eurnekian, president of Bodega Del Fin Del Mundo. “A dry, continental climate means our Malbec is very floral, fresh, and balanced with aromatics, color, and flavor concentration,” she says.

Creating maritime-influenced wines subjected to Patagonia’s harsh climate challenges Argentina’s oenological pioneers. But they’re embracing rewriting the rules. “My dream is to create a new region where others can also start producing wines at the foot of the barda,” says Menéndez.