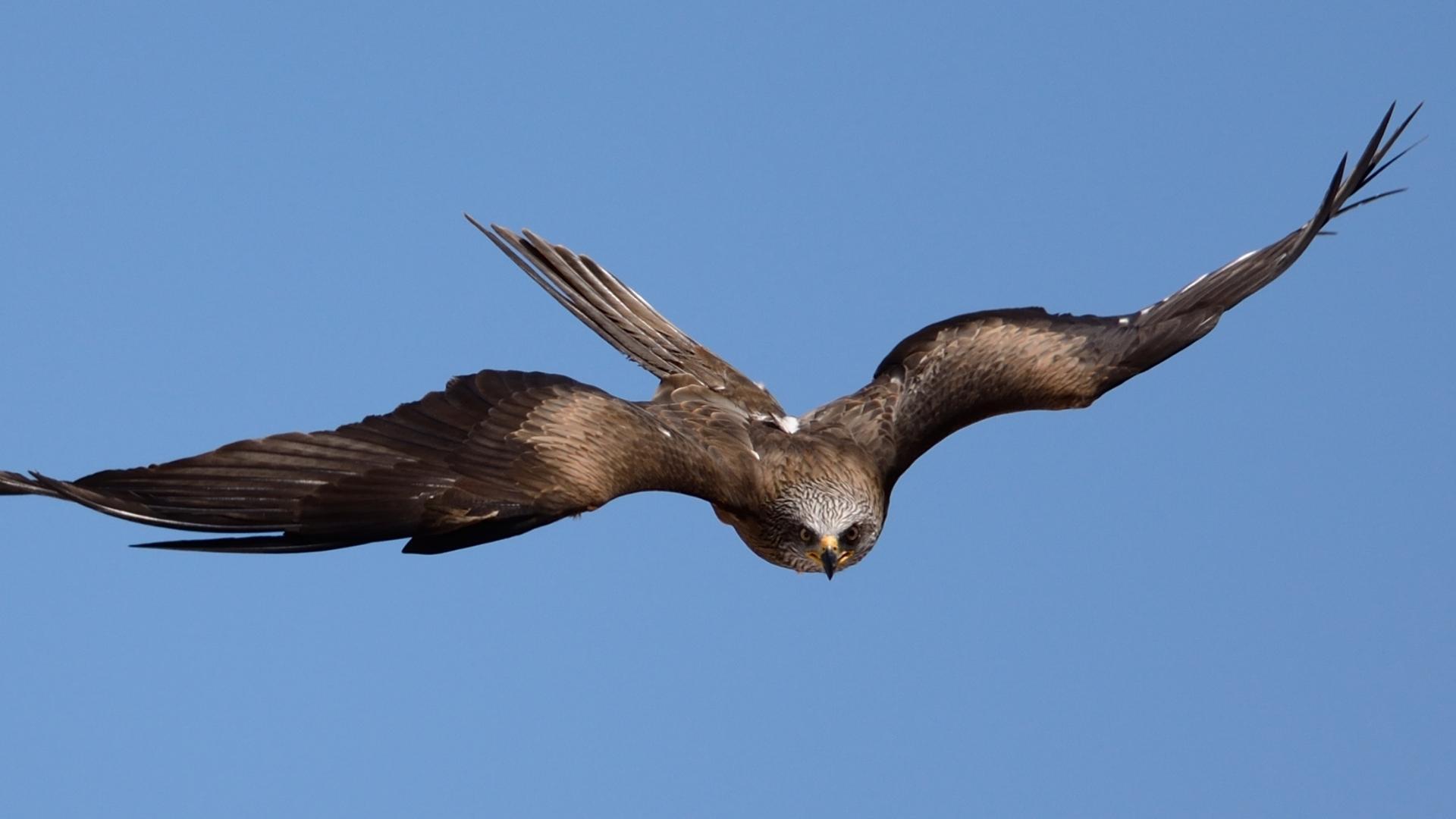 Falconry is fairly new to wine country, but it’s as old as civilization.

Four-thousand-year-old cave paintings across the Persian Plateau depict falconers mounted on horseback or elephants (sometimes accompanied by trained cheetahs). Archeologists have found evidence of a king in Iran utilizing falcons and other birds of prey as long as 10,000 years ago.

While we may never know the precise origin of falconry, its use was widespread across Asia and the Middle East by 2000 B.C.E. From there, it spread to Europe and became the rage among aristos and royalty until the 1800s when the rise of firearms in sport-hunting eclipsed the popularity of falconry.

But falconry has remained a cult sport. In 2010, the United Nations added falconry to its List of Intangible Cultural Heritages of Humanity. The North American Falconers Association, founded in 1961, has about 2,000 members.

Historically, the practice of falconry entailed the training of a bird to hunt in cooperation with the human falconer who deployed it. For more than 200 generations, the art of falconry has been passed down, with masters teaching apprentices how to share their lives with a natural predator and gain its trust.

To become a legally licensed falconer in North America today, apprentices train for at least seven years. Much of that time is spent on the road, camping in rugged conditions; the training also entails written exams and a serious financial outlay to purchase a falcon and pay for its upkeep. (Anyone interested in the 9-5, weekends and holidays off lifestyle need not apply).

While modern life precludes the need for humans to train birds of prey to take wild quarry, a growing contingent of winegrowers are turning to falconers for help not killing, but controlling pests in their fields.

Winegrowers employ falconers for set periods every year—typically from veraison through harvest — to fly birds over their vineyards and essentially scare off would-be grape-eating starlings, redwing blackbirds and other birds.

“Falconry is a hunting sport, but I am using falconry techniques to create a predatory presence in vineyards that are seeing serious damage from starlings and other birds,” explains Jana Barkley. The California-based master falconer and owner of Aero-Falconry works with Wente Vineyards in Livermore, CA, to protect 1,000 acres of vineyards surrounded by riparian habitat.

“This is my fifth year at Wente, and it has been wonderful because I’ve built a deep bond with the wine-growing team,” she explains. “I’m here for about ten weeks, and I stay on-site in a trailer with a working dog, three falcons and four hawks.”

The birds are housed in a large weathering area that is sheltered, with embellishments and plenty of perches.

“I use falcons and hawks because they fly differently,” she explains. “The pointer dog runs through the vineyards and flushes out the little birds, and the hawks scare off the smaller ground quarry, while falcons target the bigger birds.”

Every day, Barkley flies the birds for several hours at dawn and again at dusk.

Scott Welch, vineyard manager at Jackson Family Wines, uses five falconers, each of whom has up to four birds, on land that encompasses about 200 acres of planted vines and 300 additional acres of fields, wildlife corridors and wooded areas.

“We have found that using falconers to discourage starlings and other birds is more in line with our Rooted for Good vision than the alternative,” Welch says, in reference to the Jackson Family Wines sustainability and climate action plan, which entails slashing their carbon footprint in half by 2030, and becoming climate positive by 2050.

The alternative, Welch explained, is netting the entire vineyard.

“It involves a lot of plastic and labor to put it up and take it down,” Welch notes. “Plus, it’s incredibly restrictive from a farming standpoint.”

Erecting the netting doesn’t just involve human labor; it also typically requires multiple tractor passes, which increases a winery’s carbon footprint and, with fuel prices being what they are, the costs.

Incredibly, employing multiple professional falconers for several weeks a year, and hosting them on-site, often ends up being much cheaper than throwing up plastic netting.

“Falcons are about one-third of the cost compared to the cost of putting up netting we’ve found,” says Kenley Christensen, a falcon specialist at KC Falconry, who works with 14 falcons across more than 1,500 acres for J Vineyards in the Russian River Valley. “And after a few years, that netting ends up in a landfill. Using falcons is a natural way to discourage predators in the vineyard, and there’s no carbon footprint.”

“In 2015, we began looking at falconry because of the bird damage we had on an already light crop,” Kajani says. He says that the alternatives—noisy cannons or plastic netting—didn’t appeal to the Napa winery for several reasons.

“The cannons would disturb the community and our neighbors, and they’re not effective,” she says. “The birds learn that they work on a timer, and they just return. The plastic will disintegrate on windy sites like ours, and then you have plastic flying all over the vineyard. But starlings and other birds are programmed over thousands of years to fear these predators, and they’re incredibly effective.”

Bouchaine works with Rebecca Rosen of Authentic Abatement and estimates that every year, the practice saves up to 15% of the crop that starlings would otherwise devour. (That 15% savings translates to about $1 million retail).

Investment in the Future

In Walla Walla, Washington, several wineries— including L’Ecole No. 41, JM Cellars and Betz Family Winery —are sharing the costs of hiring falconers to keep their fields pest-free.

“Falconry had been on our radar as an eco-friendly alternative to pest management for a long time,” says Sadie Drury, GM of North Slope Management, which works with all of the wineries. “But we also realized that if neighboring vineyards didn’t buy in, it wouldn’t work. Now, with six of us working together, we can share costs, and it is more effective.”

Plus, Drury has found that after a few seasons of big scaries flying in the sky, starlings and other grape-munchers “learn” to flock elsewhere.

“Starlings have excellent memories,” Drury says. “It’s generational. Not only do they not come back, they teach their babies to not come back.”

These winged allies are helpful, but they’re also fierce.

Falcons can fly up to 242 miles an hour. Their vision is eight times better than ours. Their beaks have one sharp tooth, typically used to swiftly sever the necks of their prey. They’ll never be domesticated; always wild.

Superhero help in the vineyard comes in many forms, but few happen to be as beautiful and efficient as the falcon.

Want to Work a Harvest in France? Know These 5 Things First

10 Most Common Types of Soil for Growing Wine Grapes