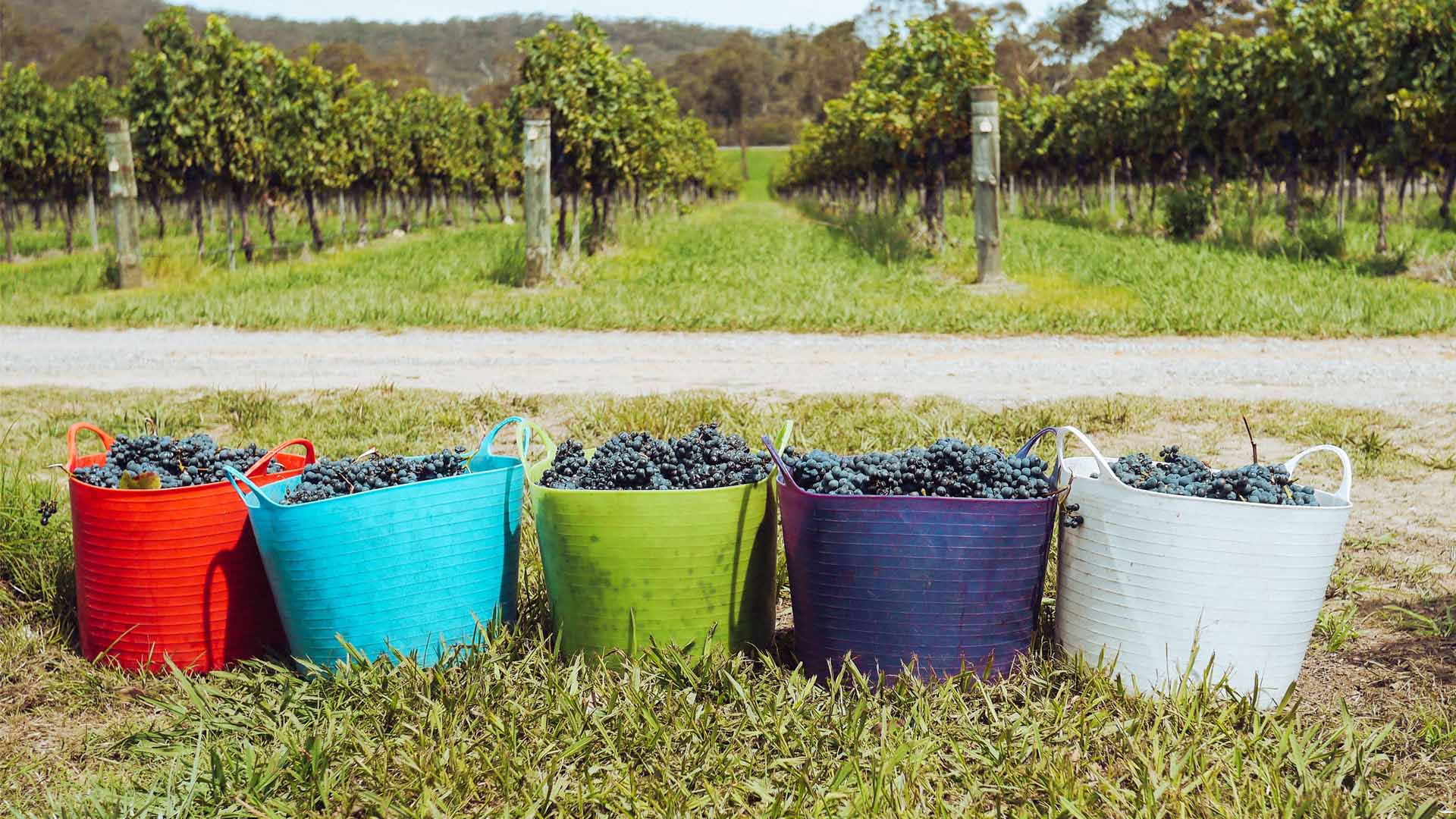 When Richard Sommer planted Pinot Noir grapes at HillCrest Vineyard in 1961, the Oregon wine industry became tied to the variety. This path was, of course, amplified in the late 1960s by pioneers David Lett, Dick Erath, and Dick Ponzi. Of all possible Oregon grape varieties, Pinot Noir saw the most success in the cool climate of Willamette Valley. Over the last half-century, the grape has become synonymous with the region.

However, according to Oregon’s 2019 vintage report, the last two decades has seen an increase in plantings of varieties that bear little resemblance to the Burgundian darling. With ease, consumers can now find Oregon Syrah, Tempranillo, or Malbec – just to name a few – on restaurant menus or in wine shops.

The state’s focus on high quality Pinot Noir (three of which made Wine Spectator’s Top 100 in 2021) to Rhône, Spanish, and Bordeaux varieties is prompting a closer look at the vast Oregonian landscape.

The terroir in Southern Oregon is quite distinct from the Willamette Valley in the north. Daytime temperatures are higher, and rainfall is significantly less. The diurnal shifts and altitude are both higher, which preserves grape acidity. Plus, soil compositions are more varied. All of these factors lead to grape growing outside of Pinot Noir.

“The state is pretty large, and in the warm parts, we make other things; it is not that hard,” remarks Herb Quady of Quady North in Southern Oregon’s Applegate Valley AVA.

Quady initially began making Syrah and Viognier, but is now working with plantings of Mourvèdre, Grenache Blanc, Marsanne and Counoise.

“We need to acknowledge that we are getting more heat,” he says. “If we want to make balanced wine, it means shifting to varieties that ripen with balance in our climate. We just have to be honest with ourselves.”

In addition to typical distinctive conditions, climate change also affects the focus of each wine-growing region. Longer growing degree days, droughts, and sometimes erratic weather behavior are blowing the doors wide open regarding grape varieties for winemakers to choose from.

Nate Wall, winemaker at Troon Vineyard, has a similar perspective to Quady, “part of what we are planting now is with an eye towards a warming climate. We probably would not have made those selections fifteen years ago.”

Troon is one of the oldest vineyards in Southern Oregon. Its vines were first planted by Dick Troon in 1972. But in the last five years, the winery has overhauled its approach. They replanted 48 acres of vines, been Demeter Certified Biodynamic® and became Oregon’s first Regenerative Organic Certified™ vineyard. Part of this transition is future-proofing the site for the effects of climate change.

“With a changing climate, it makes sense to not have all your eggs in one basket. A biodiverse farm is a more resilient system than a mono-crop,” says Wall.

“As the climate changes, we are going to see new disease pressures and pests. It could be the case that a new pest prefers a specific clone of a variety,” explains Wall.

The climate is not just changing in Southern Oregon. In June 2021, the entire Pacific Northwest fell under a heat dome that set record temperatures in towns like McMinnville and Portland. And in 2020, fires raged for weeks in the Willamette Valley, blanketing the sky with an apocalyptic red hue.

“I think people got a shock when 2020 hit the Willamette Valley,” says Bree Stock, Master of Wine and Education Director with the Oregon Wine Board. “The Pinot Noir grape is so susceptible to the flavors of smoke impact. When you have a region that is based on a single grape variety, you are lowering your resiliency to climatic factors.”

Stock and her husband Chad have been at the forefront of experimenting with new varieties in the Willamette Valley. Together, they started a wine consulting business, Constant Crush Wines, and work with vineyard owners to encourage the planting of grapes like Mencia, Godello, both indigenous to northwest Spain, and Arinto from Portugal.

This decision extends beyond just the effects of climate change. Stock explains that it results from a more analytical look into ‘terroir cohorts’. “The Van Duzer Corridor and Eola Amity Hills area of the Willamette Valley align specifically with Bierzo and Ribera Sacra in terms of rainfall, wind, elevation, and volcanic soil,” she explains.

Aligning With a Shifting Market

The emergence of new Oregon grape varieties is more than just a reaction to a changing climate. It is a realization of the nuances of Oregon’s diverse terroir and filling gaps in the market.

“Even nationally, we are finding that distributors are not looking for another small premium Pinot Noir. What they are looking for is the renowned, high quality, cool-climate styles that come from Oregon, but they want them from a wider selection of varieties,” states Stock.

Historically, Oregon has always enjoyed the advantage of autonomy in this industry. There are fewer large corporate influences, and most wineries are small and family-owned. 75% of Oregon wineries reportedly make less than 5000 cases a year.

It might seem outlandish to plant varieties few have heard of and fewer can pronounce. But as Nate Wall so perfectly states, “in the Oregon spirit, we are risk-takers.” And we know fortune favors the bold.