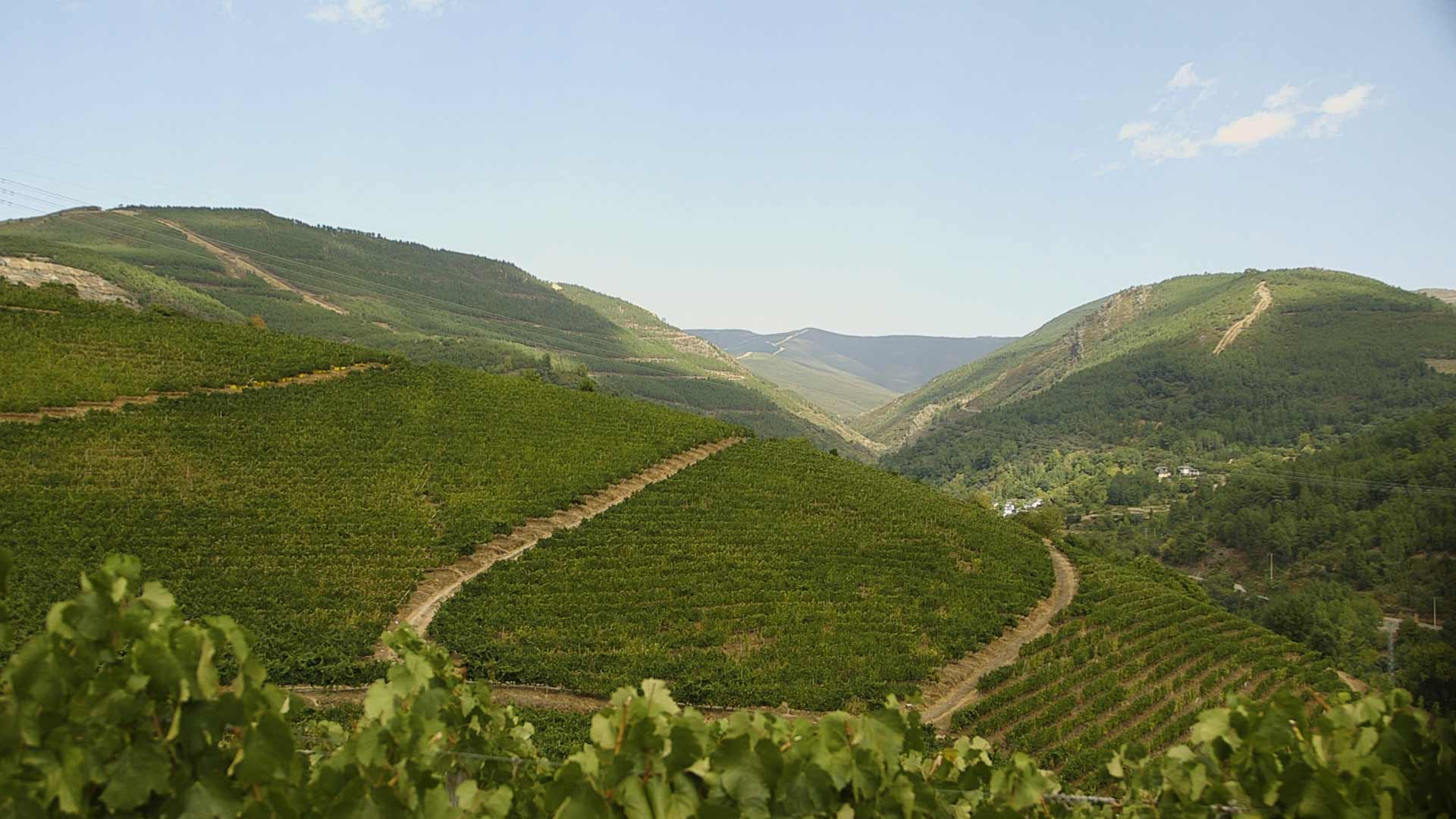 The landscape of northwest Spain is unlike anywhere else on the Iberian Peninsula. Where most of the country is hot and arid, the NW corner is green, lush, and mountainous, with significant rivers throughout. It’s also an area that thrives in growing indigenous grape varieties.

Because of its proximity to the Atlantic, the area is most notable for light-bodied white wines with high acidity, like Albariño and Godello. But, moving inland, we don’t need to go far to experience red wines bursting with berry-rich flavors and soft tannins, like Mencia.

Recently on SOMM TV, viewers got A Closer Look at three different grapes native to northwest Spain. Travelling through Rias Baixas, Valdeorras and Bierzo, it’s time to dive into the unique characteristics of Albariño, Godello and Mencia.

A Closer Look at Albariño

Albariño is one of the most popular white wines from Spain. The autonomous community of Galicia is the near-exclusive home to this cool-climate loving grape. A few thousand acres are planted outside of Spain in Minho, Portugal (where it is called Alvarinho). Albariño is also gaining popularity in the United States thanks to successful expressions from Croma Vera and Tangent in California’s Edna Valley and Abacela in Oregon.

In Galicia, the Rias Baixas region is where Albariño thrives. The grape accounts for 90% of plantings in the area. Here, the pergola training method is standard, with trellises raised overhead. This system is adopted in areas with high moisture levels as it allows for better airflow underneath the vines lessening the risk of fungal infections.

Rias Baixas translates to ‘low rivers’, which means many of the Albariño vineyards are on riverbanks. This placement allows grapes to get the most impact from the cool Atlantic air. The region is quite vast, and split into 5 subregions: Val do Salnés, Condado do Tea, O Rosal, Soutomaior, and Ribeira do Ulla.

The grape is known for its citrus characteristics, often exuding lemon and grapefruit aromas. Stone fruits like peach and apricot complement the profile with wafts of mineral and saline in some instances.

Albariño has a light-body, although medium-bodied expressions are not uncommon. The grape’s high acidity levels translate to beautifully structured wines following a malolactic fermentation that gives a roundness to the mouthfeel.

Most Albariño is consumed while it’s fresh, usually within its first year. However, some producers are making versions meant to be consumed within its second or third year, bolstering interest among avid consumers.

Food to Pair With Albariño

For a seaside wine, it makes sense to pair Albariño with coastal fare. Try it alongside white fish, perhaps in a taco or in a seafood risotto. Lighter meats are also a welcome pairing, along with grilled vegetables such as asparagus or multi-colored marinated peppers on a skewer.

A Closer Look at Godello

Where Albariño is the reigning white grape along coastal regions in Galicia, Godello is more popular inland – specifically in DO Valdeorras. The Valdeorras name dates back to the Romans when they established the area as part of a trade route. It means ‘Valley of Gold’.

The region sits on the eastern edge of Galicia, where it experiences a mostly maritime climate with some continental influences. Most vineyards are on the riverbanks of the Sil River. It runs from east to west, cutting the area in half. The south bank has steep slopes while the north bank has a more gentle incline. Both sides of the riverbed offer soil with high amounts of slate, which affects the mineral characteristics of the wine.

Godello is a light-bodied white wine with high acidity. It showcases yellow fruits such as yellow apple, grapefruit and sometimes pineapple. It has a subtle herbaceous character as well, with notes of fennel and spearmint.

Aged versions are common. These have slightly more nutty characteristics and aromas of applesauce instead of fresh apple or briny grapefruit.

Food to Pair With Godello

With high acidity and proximity to the sea, Godello is an exceptional pairing for a light salad that highlights Dungeness crab or lemon orzo alongside scallops or oysters.

A Closer Look at Mencia

Directly to the northeast of Valdeorras, in the neighboring autonomous community of Castilla y Leon, is DO Bierzo. The climate here is slightly more continental with a significant amount of maritime influence.

Bierzo accounts for three-quarters of all Mencia planted across the world. The only other area known for this grape is Dão, Portugal – where it’s called Jaen (“zs-eyn”).

Mencia is a thin-skinned red grape that produces a fruit-forward, high-acidity wine with moderate body and tannins. Fruit flavors range from sour cherry and pomegranate to blackberry and plum. Herbal components are a common thread; some versions express hints of black licorice or dried herbs. The high mineral content in the Bierzo soils also results in a smoky characteristic in some bottles.

Versions made into vino tinto (red wine) must comprise 70% Mencia. While vino rosado (rosé) only needs 50%. Rosé made from Mencia can range from young and fresh to oak-aged. The grape’s high acidity levels help ensure a balanced profile.

Food to Pair With Mencia

Mencia is a generous wine when it comes to food pairings. It’s exceptionally gastronomic and is a sure winner with a wide variety of foods. It pairs best with lighter fare such as chicken or shellfish. Or try Mencia with cured meats alongside a tomato and goat cheese salad.