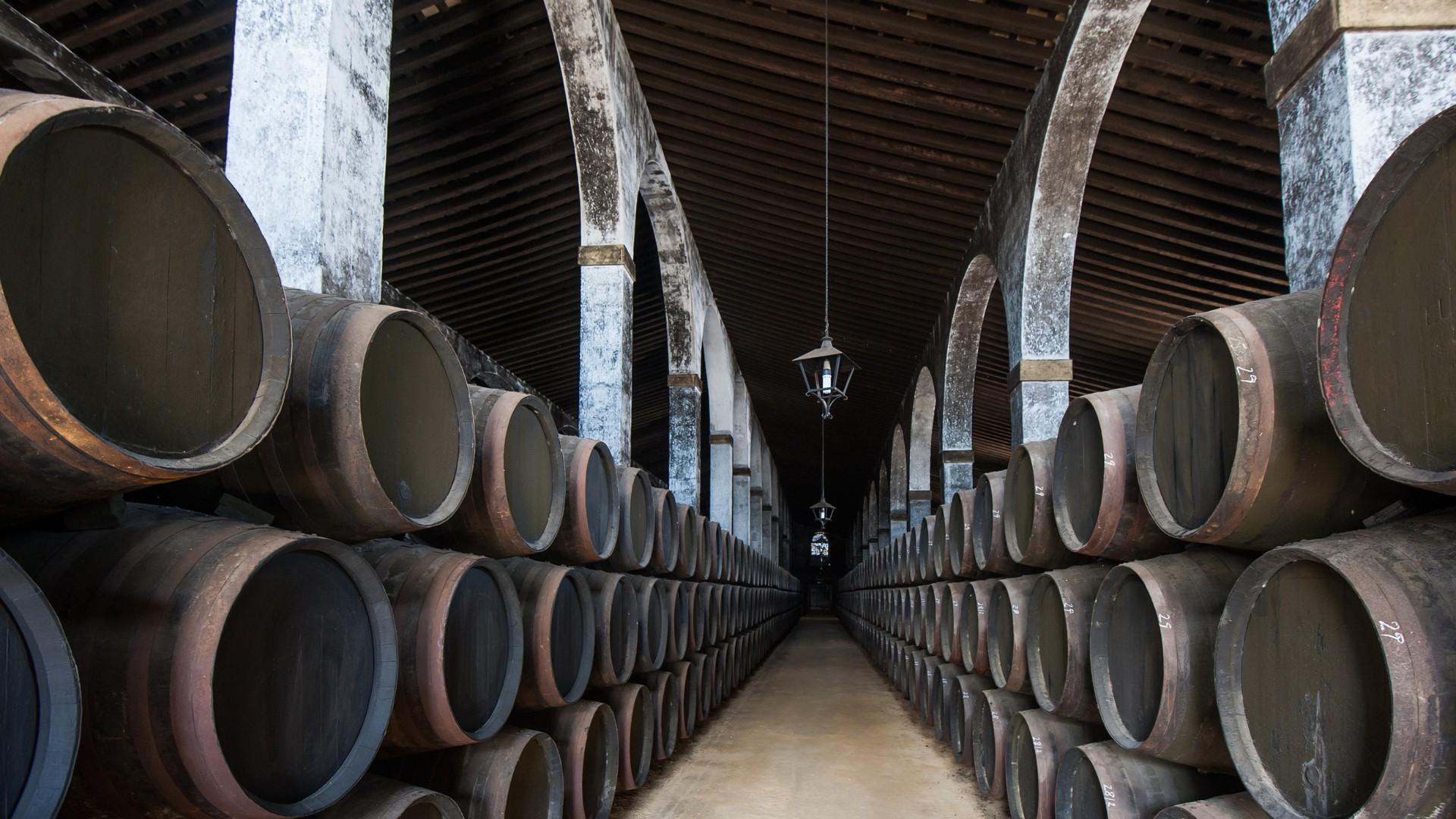 Wine regions evolving and adapting is not a new concept. Most winemakers realize that better wine can come from change, whether adjusting farming techniques to suit climate change better or eliminating irrelevant age-old practices. However, with change comes division, particularly with local industry folks and modifications to appellation rules and regulations. This past year, Spain’s Jerez-Xérès-Sherry region has seen several proposed regional adjustments brought to the table, and while most feel positive, a few concerns remain.

In October 2022, after much debate, the DO (Denomination of Origin) Jerez-Xérès-Sherry expanded the area’s authorized production zone to include the villages of Trebujena, Chipiona, Chiclana, Rota, Puerto Real, and Lebrija. The changes increase the overarching territory, ending the long-upheld “triangle” shape that the region’s production zone is famous for, originally consisting of Jerez de la Frontera, El Puerto de Santa María, and Sanlúcar de Barrameda.

Most local industry professionals are optimistic about the region’s expansion, including César Saldaña, the president of the Consejo Regulador for Jerez. Saldaña explains that when the DO rules first became official in 1935, the right to use the DO was exclusive to bodegas within the Sherry Triangle — even though several high-quality vineyards were in neighboring municipalities. “This historical move is a matter of fairness to these producers and a recognition of a longstanding tradition which is part of the mosaic that is our Denomination of Origin,” he says.

Saldaña explains that said wines outside the triangle have always, and will continue to comply with the same (traditional) quality requirements as producers inside the triangle. “There is no question that adding these producers will be very helpful for the DO,” he affirms.

Sergio Martínez, Bodegas Lustau Cellar Master, agrees. “It’s a positive decision for the region,” he says, stating that municipalities outside the triangle have traditionally held an important role in the region and will continue to do so. “Towns such as Chipiona or Trebujena are great places to grow vines. They provide different wine styles and help the region to bear the diversity it is famous for,” he says. He further explains that introducing the surrounding towns and villages will not affect the area’s prestige, the evident uniqueness of Jerez, or the ‘extraordinary microclimate’ found in Sanlúcar.

Another massive change coming to the Sherry Triangle is personal to Sanlúcar, one of the region’s most beloved areas. As of 2032, wines that age within the Sanlúcar area can only go into the production of manzanilla sherry. Martínez explains the distinctive climate conditions found in Sanlúcar de Barrameda as the reason that the municipality has its own DO. “If you replicate the same production process and aging in Jerez or El Puerto, you will not get a manzanilla because of the different climate conditions found in each of these towns,” he says, reiterating the unique nuances of each municipality as the backbone to the variety of wine personalities that come to life during aging. “Allowing wineries based in the Sanlúcar municipality to label their biological wines strictly as “Manzanilla Sanlúcar de Barrameda” is the most accurate designation,” he states.

In this clip from SOMM TV’s A Closer Look at Sherry, Part 2, Miguel Gutierrez and Montse Molina speak about the unique attributes of Sanlúcar and why it’s best for manzanilla production.

From a marketing perspective, Saldaña agrees, stating that the omission of fino production in Sanlúcar will help consumers’ understanding of the region. “Moreover, I think that this will help to strengthen the ties of this town in Jerez with its wine par excellence,” he says, declaring that the specific micro-climatic conditions of this coastal town merit the designation. (Saldaña also reiterates that before the new regulations take effect, producers will have a 10-year phase-out period, meaning that those sitting on supplies of Fino de Sanlúcar will have “plenty of time to either exhaust, sell, or move their soleras of fino” to any of the other towns in the region.)

For Barbadillo, perhaps Fino de Sanlúcar’s most famous producer, the change could damage export sales prospects. “We were against this move,” says Tim Holt, Barbadillo International Area Director. “It could only benefit our competition.”

However, Holt feels the shift is likely positive in the end. “So long as there is more control for producers to bottle manzanilla in their bodegas,” he says of past traceability issues. “I believe that manzanilla should, by law, not be able to leave Sanlúcar in bulk. It should be bottled in Sanlúcar to protect its integrity, just as sherry cannot leave the DO in bulk.”

Before 1964, it was common for wineries in Jerez and El Puerto to produce wines of biological aging and label them as manzanilla. “The decision was then made to restrict manzanilla to wines produced in Sanlúcar,” says Saldaña. He further states that at that time, producers in Sanlúcar had no real interest in using the term fino. However, things began to change when bodegas began exporting and realizing international consumers did not recognize the term manzanilla. “In fact, most retailers requested the exporters from Sanlúcar to supply their own labels with the term fino on them,” Saldaña reveals.

Therefore, the distinction between labeling wines as fino or manzanilla was simply at the producer’s discretion, while fino was the only option throughout the rest of the DO. “The fact that in Sanlúcar [could choose] and the rest of the DO’s only option was fino was a matter of big debate,” he continues. “Even some producers in Sanlúcar thought that the credibility of the Manzanilla-Sanlúcar de Barrameda DO was seriously at stake by being able to produce fino in the same town.” Establishing a clear distinction between the two will assist consumers and provide a more precise distinction among regional production.

Since 1935, the grapes for sherry production have been straightforward: Palomino Fino for dry expressions and Pedro Ximénez and Moscatel for sweet iterations. However, as climate change continues to push limits in viticultural regions worldwide, many areas are looking to introduce new — or revisit ancient — varieties as a solution. Newly authorized grape varieties beyond the traditional three listed above (Perruno, Vigiriega, Mantúo, etc.) have a long history in Jerez. However, most were abruptly (and almost wholly) abandoned due to phylloxera.

Saldaña credits Rancho de la Merced, one of Spain’s most important viticultural research centers, with working to understand the benefits of cultivating these varieties. “Many sherries of the 21st century were produced with these varieties. Only time will tell if [these] varieties will succeed,” he says.

Martínez agrees that using ancient varieties could be beneficial. However, he’d like more statistics on long-term behavior in the cellar. “The lack of reports and information about how these varieties behave during long aging periods, or the results when introduced to contemporary sherry styles and aging methods, has to be considered,” he affirms. At Lustau, he has been gathering the “maximum amount of information” to understand the futures roles these pre-phylloxera varieties might have. “Their introduction is important because it means our natural heritage is being protected, getting deeper, and [becoming] more complex,” Martínez says.

The Future of Sherry Grapes

For Saldaña, the future of Jerez is bright, as initial research reveals positive effects. “The research so far shows promising results,” he affirms, stating that these additional grape varieties have a longer growing cycle than Palomino, which can be positive with climate change.

For Martínez, the answer requires a bit more patience. “Time and the near future will allow us to see how these new-old grapes will shape sherry’s future,” he says. For Holt, the answer is simple. “I’m all for it,” he says. “Reviving old varieties can only increase interest and variety. It will add another dimension to consumer choice.”