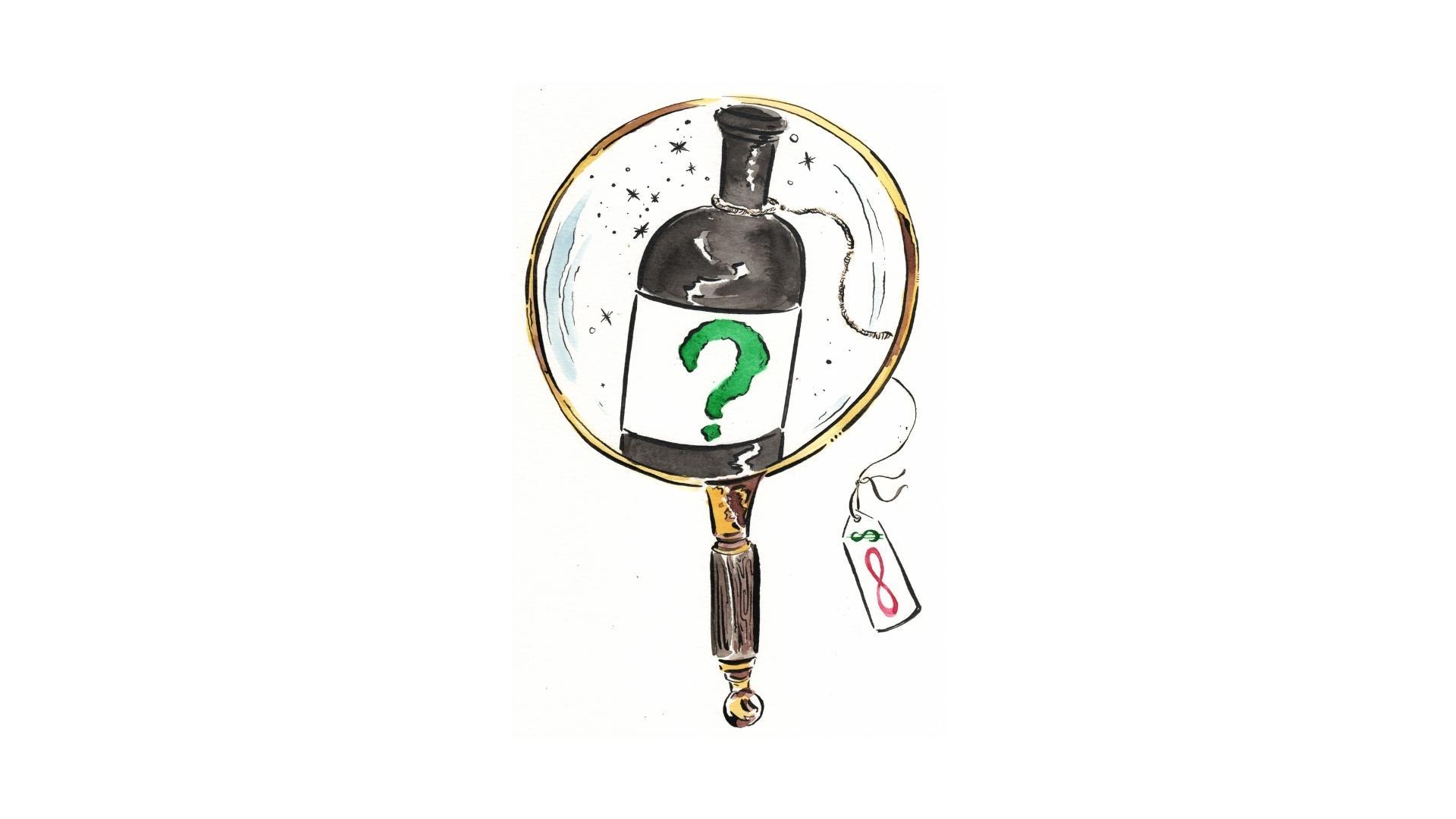 Wine investing doesn’t mean investing in any wine. (I’m looking at you, Two Buck Chuck.) In fact, only 1% of the wine is considered worthy of investment. So, what distinguishes the 1% from everything else? Here are four factors in determining an investment-grade wine.

Something funny happens when an object becomes scarce. Our desire to own that object increases. It’s an odd phenomenon and a powerful psychological tool wielded by advertisers and salespeople alike. Simply put, we have a natural bias to value things more when they’re scarce or represent a potentially missed opportunity.

In fine wine, one of the allures of top wines is that they’re hard to get. The fact that some regions, like Bordeaux, almost exclusively sell to négociants instead of directly to consumers further exacerbates this scarcity. An investment-grade winery may only release a few thousand cases per year, a fraction of their larger counterparts.

Annual Production of the Largest Wineries in the US

While first-growth wines are hard to find, they are by no means the rarest. The legendary cult cabernet, Screaming Eagle, commands a $5,000 price tag per bottle, in part because the estate only makes 850 cases per year. Meanwhile, Salon, arguably the gold standard of Champagne, produces fewer than 1,000 cases per year and only releases its wine every three or so years.

A scarce wine is not the same as an investment-grade wine. There needs to be demand. It’s only once you combine the two that a bottle of wine begins to take on an investment-worthy sheen.

High demand occurs for several reasons. Critic scores are a major factor. In the case of Screaming Eagle, the winery was largely unknown until the mid-1990s. When massively influential wine critic Robert Parker tried the debut vintage in 1995, he awarded it a 99-point rating. Overnight, demand shot through the roof. A few years later, six magnums of Screaming Eagle sold for a near-world record $500,000.

Glowing critic scores aren’t the only way for a wine to boost its investment worthiness. Racking up awards from outlets like Wine Spectator and Le Guide Hachette des Vins will do the trick. So too, will savvy branding. Many prestigious wineries have ascended to near-mythic status by emphasizing their centuries of tradition, meticulous winemaking techniques, and immaculate terroir.

Case and point: Bordeaux’s first growths dominant lists of the most sought-after wines in the world. According to Wine-Searcher.com, this hallowed quintet accounts for five of the ten most searched for wines on its platform. Other names near the top include icons like Dom Pérignon, Domaine de la Romanée-Conti, and Opus One.

Wine wouldn’t be very investment-worthy if its price didn’t increase, now would it? The wine investing platform Vinovest estimates that fine wine returns an average of 8% to 12% on investment per year. Some might argue that that figure is conservative. Even amid economic turbulence, regions like Champagne (47.8% return), Burgundy (36.8% return), and California (31.9% return) have seen extraordinary returns in the last year.

How quickly or slowly prices appreciate depends on several factors. That includes, but is not limited to:

For example, President Donald Trump imposed 25% tariffs on a wide range of European products, including wine, in August 2020. One region made it through unscathed – Champagne. As a result, Champagne had more attractive prices than its peers. The favorable price point helped make it the fastest-growing region in 2021, returning 21% on investment, according to Vinovest.

I’ve saved the most important factor for last – ageability. Most of the wines at your local grocery store only have a shelf life of one to three years. (Again, I’m looking at you, Two Buck Chuck.) Even if you purchase a cooking wine, that will only last for three to five years.

Investment-grade wines can remain in the cellar for 20, 30, or even 40+ years. Not only that, but they’ll improve with age. That’s because tannins, known for a puckering, almost bitter taste, break down with time. When they do, wine becomes mellower and smoother.

Ageability goes hand in hand with supply and demand. Inevitably some people will drink their investment-grade wine before it reaches its peak flavor profile. That reduces the number of bottles available. The dwindling supply and increasing quality will also catalyze demand. Every vintage has a finite number of bottles. Once the supply is exhausted, even the highest price tag can’t bring it back.

Scarcity, demand, price appreciation, and ageability are the four factors that make certain wines investment-grade. Much like Thanos’ glove in Avengers: Infinity Wars, a wine needs all four of them to be investment-worthy. Otherwise, there’s little use in making cellar space for this truly liquid asset.