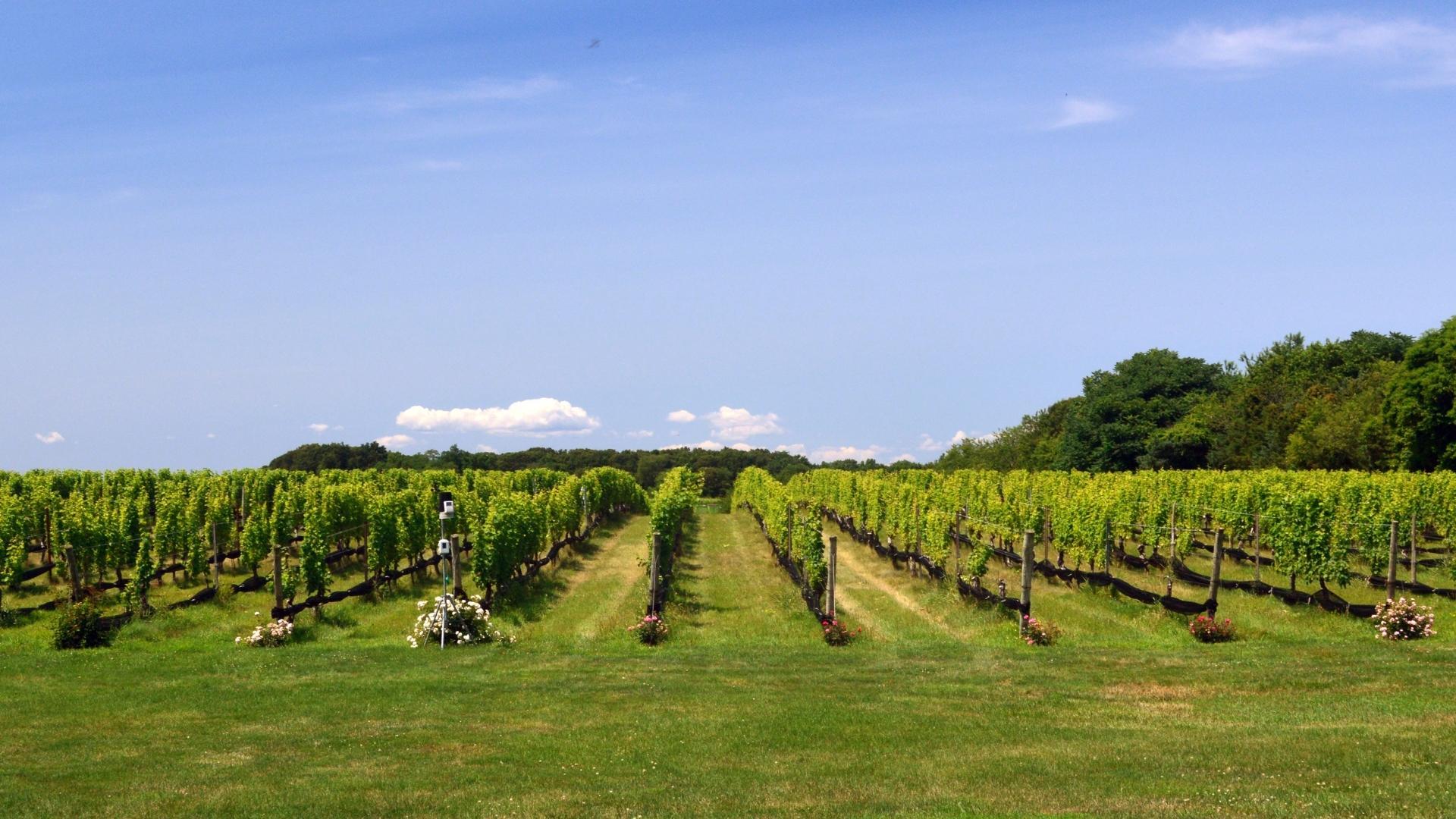 Albariño, Melon de Bourgogne, Teroldego, and Tocai Friulano. These unique grape varieties from regions worldwide can all be found in one unexpected place – Long Island, New York. Even though the Long Island AVA is small, with only 3,000 acres of grapevines, it’s a leading region in experimentation.

Most wine growing regions in the U.S. have risen to fame on the back of a single grape. From Cabernet Sauvignon in Napa Valley to Pinot Noir in Oregon and even Riesling in the Finger Lakes. In contrast, Long Island offers a range of grape varieties, as local winemakers are patient to uncover the area’s full potential.

In addition to consumer interest in unique wines, experimenting with different varieties allows for a firmer footing in sustainable practices. Long Island is a region that has and will continue to value sustainability. Planting grapes suitable for the land is an important step. Proper growing conditions help reduce the input required for the vines to thrive. As a result, as the climate changes, the wide breadth of grapes will allow the region to adapt successfully.

In the North Fork sub-AVA of Long Island, Bedell Cellars has been pioneering sustainability in the region while making wines that express its distinctive terroir. “The North Fork style is terroir-driven,” says Bedell’s assistant winemaker, Marin Brennan. “Being in a maritime climate surrounded by water translates to a moderate growing season and a natural saline minerality,” says Bedell’s assistant winemaker Marin Brennan.

The hamlet of Cutchogue is one of the sunniest places in New York State, with between 2,800 and 3,500 growing degree days. Still, the moderating influence of the Long Island Sound and the Atlantic keeps the wines at a moderate alcohol level while maintaining fresh acidity. The intricate terroir allows for various microclimates, each with differing proximities to water and mixed soil types. “These factors allow us to branch out and not be pigeonholed into one specific grape,” says Brennan.

In 2019, Brennan began producing Corey Creek, a small batch series showcasing handcrafted wines with an experimental twist. “Each vintage, I create a new wine that wasn’t produced the season before,” says Brennan. “It is important to me to deliver wines that not only express their varietal character but also the terroir of the North Fork because that is what makes it unlike any other wine.” One such example includes the East Coast’s first-ever Melon de Bourgogne. Brennan was inspired by the grape’s intense saline minerality – complementing the coastal influence of the North Fork and its local seafood-based cuisine.

Both Bedell Cellars and Corey Creek are certified by the Long Island Sustainable Winegrowing organization. It’s the first sustainable viticulture program on the East Coast and was co-founded by Bedell’s winemaker Rich Olsen Harbich.

In addition to following the certification’s guidelines, Corey Creek takes the idea of sustainability a step further with their delivery. “Serving Corey Creek wines from kegs is part of our sustainable model for the tap rooms,” says Brennan. There, the wines are stored in kegs, reducing the amount of glass (1 keg is equal to 3 cases of wine). Customers can purchase wines in a growler filled from their tap system, reducing the wine’s packaging as well.

Also on the North Fork is Suhru, a small family-owned and operated winery that has had great success with Teroldego. Native to Trentino-Alto Adige, the grape is rare outside of its homeland. Only 3% of plantings are located outside of Italy.

Susan and Russell Hearn, the husband-and-wife team behind Suhru, became interested in Teroldego after a trip to Italy. When a vineyard on the North Fork planted to Teroldego became available in 2019, they were eager to work with it.

Teroldego seems to thrive in the region. It’s  an early ripening variety, offering less risk from hurricanes or early frost. In addition, the sandy loam soils, sun, and sea breeze bring out the variety’s natural salinity and acidity. “We are always conscious of sustainability when choosing the varieties we work with. The better suited a variety is to the climate, the more hands-off approach you can take,” noted Shelby Hearn Ulrich, the General Manager of Suhru and daughter of Susan and Russel.

Ulrich also mentioned that their first vintage of Teroldego drew tremendous excitement from the community. “There is definitely an appetite for something different. The Teroldego was a huge success, and we plan to expand in the coming years,” says Ulrich. “Experimenting with new varieties is an opportunity that not all regions get. As a newer, emerging region, we can define and redefine ourselves as we find the best expression of Long Island wine,” she says.

Looking Toward the Future of Long Island Wine

Some wineries are searching for grapes that will thrive in the area long term. However, others believe the flexibility to experiment is enough to define a region. “I hope no one tries to hang their hat on just one or two (grapes),” says Tracy. ”Our strength lies in our diversity. The wide array of varieties and styles that we can make successfully here tell our story of place.”

Brennan of Corey Creek believes the landscape will continue to diversify beyond the widely planted Merlot and Chardonnay. “For the past 40 years, the diversity has increased from vineyard to vineyard,” says Brennan. “That’s what makes it so interesting to come taste wine out here, and we want to continue on that path.” Brennan is particularly excited to work with Auxerrois Blanc at Corey Creek and Verdejo at Bedell. Both will be the first of their kind on the East Coast.

Both Tracy of Channing Daughters and Ulrich of Suhru noted an increased interest in hybrid varieties in discussing sustainability on Long Island. Hybrid varieties cross European Vitis vinifera vines with American Vitis labrusca or Vitis riparia. Since the American species are local to the Northeast, they better suit the region’s climate. The industry is quick to dismiss these hybrids, as the Vitis vinifera varieties reign supreme in consumer culture. However, as Long Island winemakers look for grapes best suited to their terroir and wine drinkers are more adventurous than ever, hybrid varieties might be the answer.