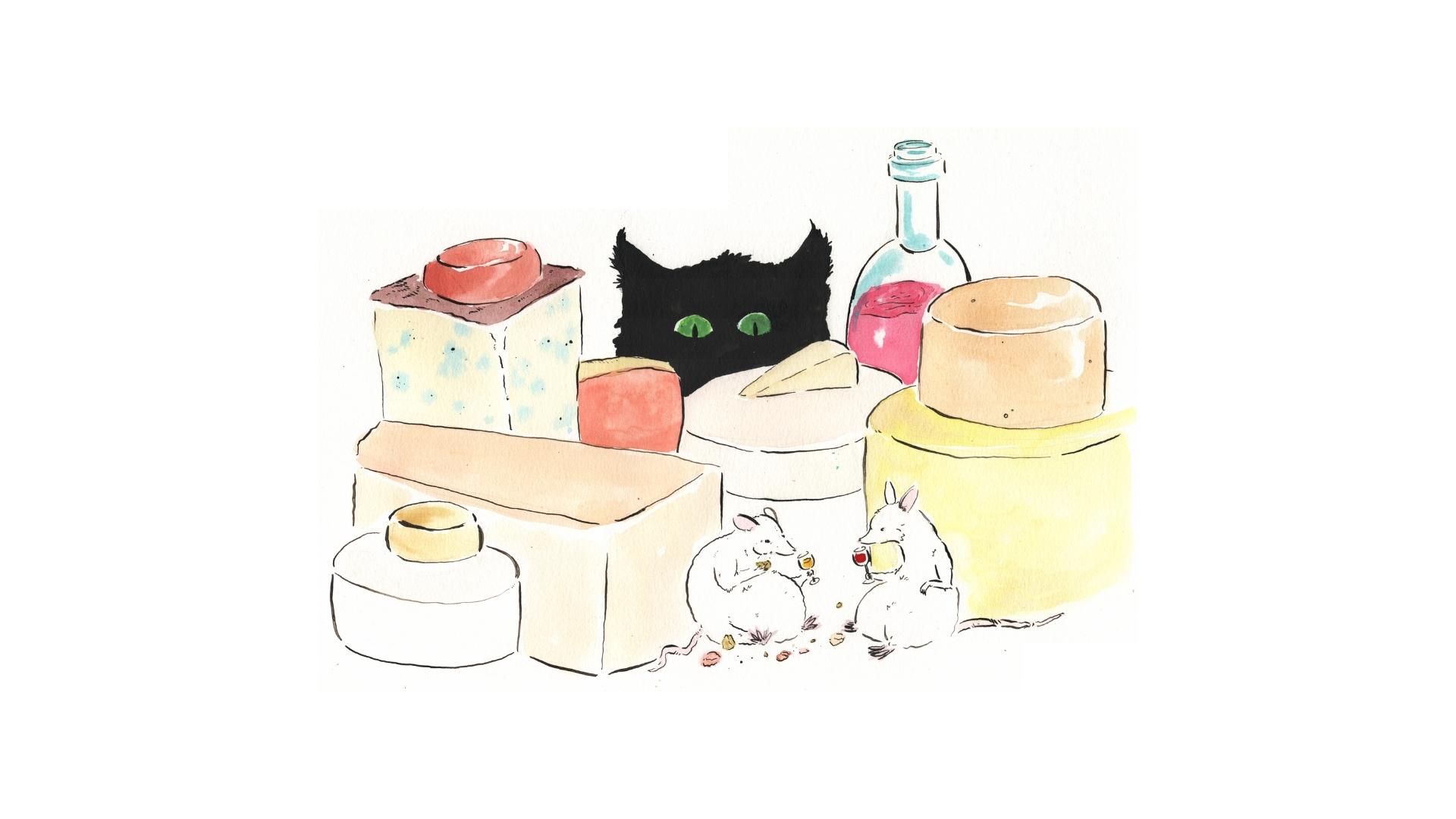 Every July 25th, wine enthusiasts across the country break out their treasured cheese boards to celebrate National Wine and Cheese Day. The day inspires near-endless pairing possibilities, with hundreds of wine and cheese varieties worldwide.

The sheer bliss of a day devoted to combining wine and cheese might encourage some haphazard duos. So, sticking to a few general guidelines when creating combinations is best. The age-old adage “what grows together goes together” certainly applies, sticking to a particular region or country for both components. “Opposites attract” is another reliable way to go. For example, consider the acidic element in wine and the fattiness of the cheese. The yin and yang delight the palate, enhancing both flavors.

Champagne and Brie is a traditional palate pleaser. The high acidity and crisp bubbles perfectly match the cheese’s soft texture and creaminess. Also, sparkling wines made in the traditional method have a similar creamy mouthfeel alongside notes of brioche that adds a bit of decadent toastiness to this combo.

Much like Champagne is only Champagne if it comes from a specific region in France, the same is true for Brie and many other styles of cheese. They’re protected by naming laws surrounding their region of origin.

An American-style Brie (or triple-cream) to try is Noble Road, made in the Poconos. The historic dairy farm is in its sixth generation of family ownership. Another to consider is Mt. Tam, a triple-cream with roots in Northern California.

Separately, blue cheese and Gewürztraminer can elicit polarizing responses. However, they work in tandem to enhance their best qualities when paired together. Crafted in Southern Oregon at Rogue Creamery, Rogue River Blue is a unique fudgy, iconic blue made with milk collected at the beginning of the rainy season in the Northwest. Aged between nine and eleven months, then wrapped in Syrah grape leaves soaked in pear spirits, this crumbly cheese begs for an aged wine with a hint of sweetness.

Complement this cheese with the lychee, ripe apricot, honeysuckle notes, and silky texture of Gewürztraminer from Gundlach Bundschu in Sonoma or Dr. Konstantin Frank in the Finger Lakes.

Most goat cheeses offer a blank slate for the zippy acid and bright citrus elements of Chenin Blanc to chisel and draw out the nutty and herbal notes of the cheese.

Laura Chenel brought French farmstead cheesemaking to Sonoma County in the late 1970s and continues to use local milk from farms across western parts of the country to create a fresh-as-falling-snow chèvre.

Raclette is a semi-hard cheese and also a fondue dish. When paired, this cheese imparts a sweetness that integrates with the notes of off-dry style Reisling. Each sip of wine cleanses the palate of the melted, nutty flavor of raclette, and each bite of cheese creates a delightful mingling of the aromatics of the wine and the subtly sweet nuttiness of the cheese. Consider an off-dry Riesling, so the sweetness doesn’t overpower the cheese.

Pair this soft cheese with a riesling from Willamette Valley’s Trisaetum or Napa’s Smith-Madrone.

From the first sip, Chardonnay cuts through the rich creaminess of Camembert and creates an unbelievably complex and brilliant partnership. The buttery Camembert enhances the subtle fruit flavors of the wine. Nancy’s Hudson Valley Camembert and Cirrus by Mount Townsend Creamery are two to try.

Humboldt Fog, dense and cakey, calls for wines with brightness. Pairing well with summer and this particular cheese are Provençal-style rosés. Most often made from Grenache, Cinsault, and Mourvèdre, these dry rosés are often the color of ballet slippers, with minerality and an acid backbone that zings.

Wines to try include Lorenza and Malene.

Manchego is a dry, firm cheese, slightly nutty, with a balance of saltiness and richness. Historically from the La Mancha region of Spain, closer to home Blackberry Farm in Tennesse crafts a Manchego-style called Singing Brook. Aged for a minimum of 5-6 months, the delicate and savory cheese pairs well with light aromatic reds, such as Grenache.

Relic Wine and Jolie-Laide both produce single vineyard wines of this varietal.

For this pairing, we turn to a cheese made from unpasteurized cows’ milk with the same sweet, nutty characteristics that often make sheep’s milk cheeses the go-to with Pinot Noir. Comté is a semi-firm cheese that ranges from supple and grainy to dense and crystalline, depending on how long it has aged. The red berry fruit notes and the aromatic complexity of Pinot Noir balance the cheese’s nuttiness and texture without overpowering.

Comté is only produced in the Jura Massif region of Eastern France, so try the Pleasant Ridge Reserve by Uplands Cheese Company in Wisconsin.

Pair with Sonoma Coast Pinot Noir by RAEN or Santa Barbara’s The Hilt.

This pairing is a battle of the bold, where everyone wins. The fattiness of an aged cheddar is a perfect match for the drying tannins found in many Cabernet Sauvignon. The cheddar from the century-old Fiscalini Farmstead is a nod to the old world with roots in Modesto, California.

This pairing proves true with the smellier the cheese, the sweeter the wine. Époisses is so potent that a French law bans it from being carried on public transport in Paris. Not consuming it, simply carrying this cheese on the Metro is a legal offense!

Meadow Creek’s Grayson is made with raw Jersey milk from the family farm in the Blue Ridge Mountains, and Dancing Fern is crafted in Sequatchie, Tennessee, and named for the native ferns that sway in the breeze at the mouth of a cave at the creamery.

For the pinnacle of your toast to National Wine and Cheese Day, try Dolce paired with one of these semi-soft washed rind “stinky” cheeses.

Try These Unexpected Swaps for Your Thanksgiving Wines