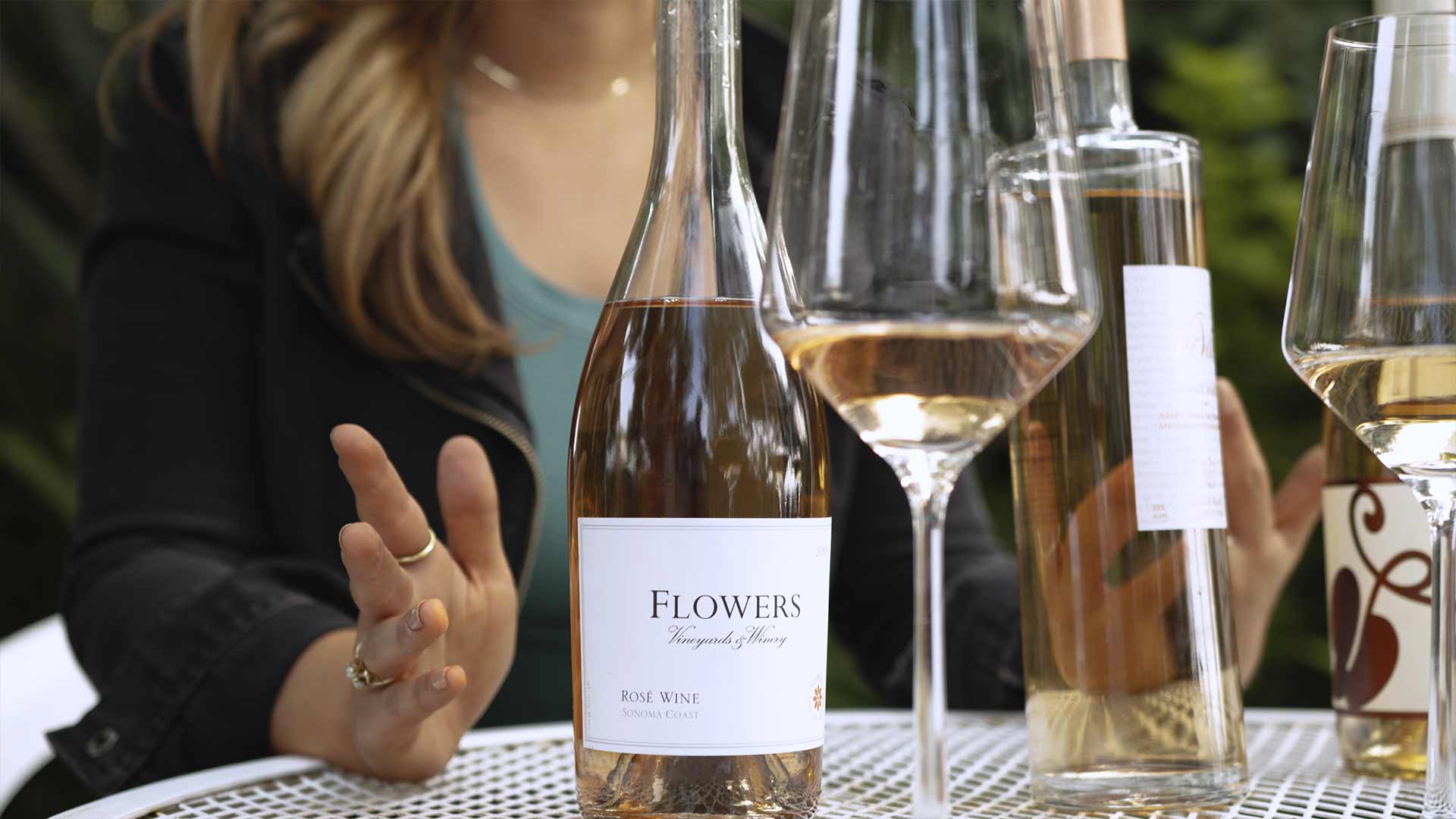 Nicole MacKay in the Managing Editor of the SOMM TV…

Win(e) Dad Over With This Easy Father’s Day Gift

The past two decades have been an exciting ride for rosé. Across the globe, rosé consumption has grown 23% from 2002 to 2019. Its popularity flourished in the summer months of 2011. That’s when hashtags like #yeswayrosé and #roséallday began trending on social media. But, unlike most trends that are quick to disappear, rosé stuck around. Coupled with interest in celebrity-branded bottles from Drew Barrymore and the Jolie-Pitts, rosé wine from all corners of the globe became a full-on obsession by 2015.

Despite its success, most people showcasing the rosé lifestyle have difficulty explaining what they are drinking. That’s because it’s a diverse wine genre with versions that can be made from different grape varieties. It can also originate from almost any wine-growing region in the world.

To some people, rosé represents one particular style or occasion (happy hour, anyone?). But the spectrum of structures, flavors, and compositions is nearly endless. Unlike white wine made from white or green grapes or red wine made from black, purple or red grapes, rosé has its own identity.

Contrary to some beliefs, rosé is not a combination of red and white wine. The exception, however, is in Champagne, where it is common to add still red wine to still white wine before they’re put in a bottle to undergo a secondary fermentation.

Rosé wine incorporates skin contact, namely from red varieties, into the winemaking. This leads to colors from pale pink to hues of salmon to tinges of orange. The concentration of color depends on the amount of time the skins remain in contact with the grape juice. The flavors come from a combination of the grape variety, the vineyard location, and climate variants such as soil, slope and aspect to the sun, and the vintage’s weather conditions.

The most common style of rosé is dry (not sweet) and can be made from a single grape variety or a blend of multiple.

Pinot Noir is grown widely in cool-climates and offers poise and ripe fruit flavors in rosé. The grape is perhaps most famous for sparkling versions of rosé hailing from Champagne, which combine Pinot Noir with Pinot Meunier and Chardonnay grapes.

As one of the most widely planted red grape varieties in the world, it’s no surprise that Grenache (or Garnacha in Spain) makes quaffable and juicy rosé. It expresses lifted red fruit flavors and lively characteristics.

How To Elevate a Red Wine: Add a Chill

Originating from Italy, Sangiovese has bold characteristics that often translate to subtle spice in rosé. In addition, its red fruit flavors flourish in versions from Italy and other new world wine-growing regions, like California and Australia, where the grape is becoming quite popular.

Rosé made from Zinfandel (aka White Zinfandel) is famous for its hay-day in the 1980s. Back then, sweet – and very cheap – versions from California saturated liquor store shelves. Today, drier, most balanced versions are proving popular with notes of melon and strawberry.

Though not as widely-grown, other grapes proving to be popular to make rosé are Syrah, Cabernet Franc and Gamay.

Combined with Grenache, Cinsault, Syrah and Mourvèdre grapes blend to make Provence Rosé from France. It’s most notable for its fresh and crisp palate with light and fruity flavors. Rosé from Provence is by far one of the most famous and highest quality versions you can buy.

Nicole MacKay in the Managing Editor of the SOMM TV Online Magazine. She holds her WSET 3 and is a Spanish Wine Scholar. With a passion for food and travel, she's often found in her kitchen adjusting perfectly good recipes to be gluten-free and plant-based.

Data Dive: Sideways and Its Impact on Merlot

SOMM TV Cast: How To Cure a Hangover