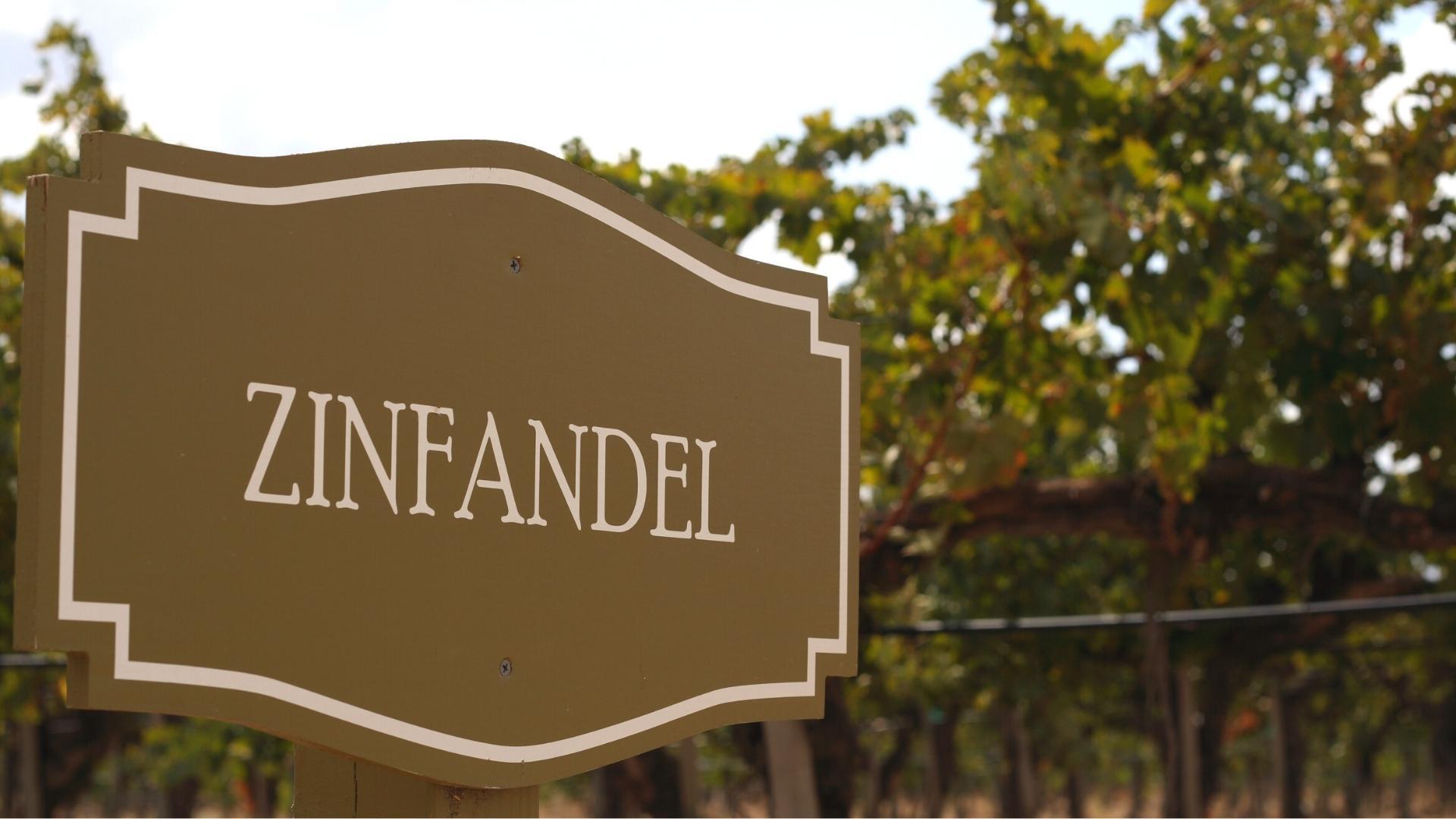 We shudder to think of the days when White Zinfandel dominated the menus of our favorite restaurants. For the wine-savvy, the flood of high-alcohol, weak-in-tannin red Zinfandels on the market was equally terrifying. Consequently, some producers are now treating Lodi Zinfandel in new and inspired ways, and the grape’s perception is changing along with it.

In 1975, when Bob Trinchero ran into a stuck fermentation while making Sutter Home’s Zinfandel, he released the sweet pink-hued wine as White Zinfandel. It flooded the markets in the 80s, and no barbeque was safe from the cloying and flabby wine. That is, until a perception shift sometime in the 90s when consumers’ palates and tastes evolved. Winemakers switched their sights to dry Provençal rosés, and White Zin became an embarrassing blip in wine history.

Monte Rio Cellars proprietor Patrick Cappiello attempted to reinvent White Zin by releasing a dry and balanced rosé named White Zinfandel, which tanked. “The public was not interested,” he remarks. “Even though it said ‘Dry White Zin’ on the label, people still didn’t want it because of the stigma.” Then something interesting happened. Cappiello bottled the same product under a new label called Skull Pink, which flew off the shelves.

Outside of Skull Pink’s brief success, White Zin became passé. However, red Zinfandel was still synonymous with Lodi. The super extracted and oaky style that took hold in the 90s turned Zinfandel into high-alcohol, sugar monsters. On the heels of the modern take on Zinfandel that Markus Wines has produced since 2014, Cappiello and other producers have been channeling vintage Lodi. “My approach is not too different from the way Zinfandel was made back in the 60s and 70s,” says Cappiello. “We want people to realize that Zin can be lively and fresh and not be held hostage by these ideas of what Zinfandel had become.”

Cappiello isn’t the only one looking to the past. Mardy Winter, co-owner of Maître-de-Chai, has a deep respect for Ridge Vineyards, which has been making world-class Zinfandel for 60 years. “We’re taking pages out of Ridge’s books from the 50s, 60s, and 70s before there was a lot of conventional winemaking and manipulation in the cellar, so our approach is kind of rudimentary in a way,” he says.

Sara Morgenstern and Jen Reichardt, owners of  Little Trouble, have seen the perception around Zinfandel shift. Jen is a California native, while Sara moved there over a decade ago. “The perception has been completely turned on its head,” says Sara, ”with producers picking earlier, going for more like bright fruit expression, and showing the diversity of the varietal.”

Stonum Vineyards has been in Kathy Stonum’s family for 42 years. She has seen the good, the bad, and the overly manipulated. “The Lodi wine scene has changed significantly,” she says. “A handful of forward-thinking growers who believed in Lodi Zinfandel began emphasizing vineyard cultural practices that translated into fine wine.”

Atoning for Their Zins

“When we started making wine, all of our peers were using Valdiguié and other esoteric grapes,” recalls Winter. “When Alex [Pitts,co-owner] and I were starting Maître-de-Chai, we didn’t understand how others see a 100-year-old vineyard and think it’s not cool.” MDC makes both a single-varietal Zin and a rosé. “If my flag is stuck in Zinfandel, I’m happy about that.”

Winter isn’t the only one championing the underdog. More and more producers are coaxing this grape out of its shell to showcase its inherent beauty. When stripped of new oak, Zinfandel showcases beguiling notes and a vibrant freshness. Picked early, Zin avoids cloying sweetness and alcohol heat. “Other producers are harvesting at 27-28 Brix, and we are picking at 23-24,” says Cappiello. Reichardt also picks very early for her Little Trouble wines. “Zin has gotten lost in translation with overblown jammy expressions,” she says. “We use neutral oak and pick around 22 Brix, so there is still tannin and structure, but it’s not so high in alcohol, so it’s a nice food pairing wine.”

Already innately a fruity varietal, carbonic maceration amplifies that character. Maître de Chai doesn’t want to mask the beauty of the grapes they procure. The grapes ferment with native yeast in a mix of open-top, whole cluster, and in barrel. After 11 months in cask, the wine is bottled with the minimum sulfur addition. Cappiello has a similar approach at Monte Rio. The grapes go through carbonic in a cement tank without inoculation, enzymes, or additives. He went this route because of his affinity for Beaujolais and saw the potential to make a Zinfandel with low alcohol and the vibrancy of the Zins of yore.

Carbonic maceration offered freshness for Little Trouble’s Whatcha Doin Tonight? And freshness was exactly what Lula Wines winemaker, Megan Sekermestrovich, needed to offset the fumes from the smoke-tainted grapes she was using. She describes “This Wine is Fire” Carignan and Zinfandel blend as extremely polarizing. The carbonic treatment helped give it texture and juiciness.

Maître de Chai, Monte Rio, Little Trouble, Lula, and Stonum all chose Zin for their rosés because of its fruity esters. In his Buckaroo Rosé, Winter says Zin adds intrigue. “It has a little bit more texture and bright acidity,” he says. “It’s not your average wine—it’s not even your average rosé—it’s more cerebral.”

For Sekermestrovich, 100% Zin goes into making Lula’s Home & Garden Rosato. “I was worried it was going to be too extractive, but it turned out fresh and fun,” she says. Little Trouble’s rosé is an homage to the Lodi—called Stampede Heritage Rosé. Specifically, it’s a blend of grapes important to the region, Zin being first and foremost.

Tahnee Shields and Brad Artziniega, owners of Oest Wines, found that Zinfandel provided a welcome dose of tannic expression and more body than your average Piquette. “The tannins in the Piccolo Piquette are earthy and mineral with subtle notes of crushed flower,” says Artziniega. “It reminded me of a high altitude Italian wine—energetic with pin prickly acidity.”

Kathy Stonum saw Zin’s potential to make a port-style wine. “We let the grapes stay on the vine until 32 Brix, and they were ‘booming’ with the flavor profile we were after,” she notes. “It is rich and full-bodied, and its higher acidity balances the sweetness, creating an elegant, velvety dessert wine.”

Between Zin’s refreshing new reputation and, equally important, mindful winemaking, it’s clear that producers are writing a new chapter for the Zinfandel grape. “To make broad sweeping statements about any varietal seems small-minded,” says Cappiello. “It seems fear-driven, but I’ve always been counterculture in my approach, whether it was restaurants that I ran or the wines that I make, so I feel comfortable continuing to do what we’re doing with Zin.”

5 Pioneering Women Who Are Altering the California Winemaking Industry