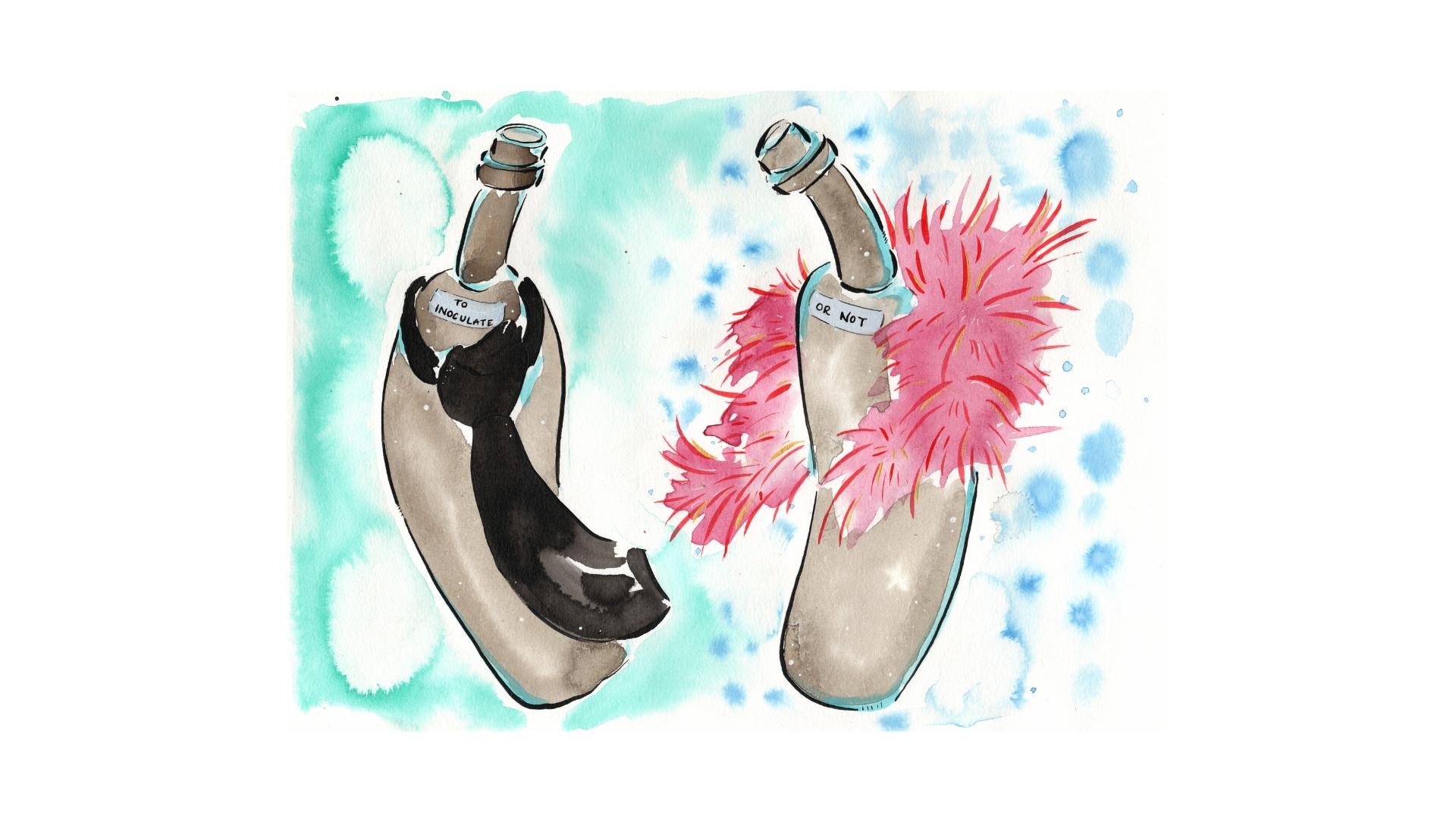 Malolactic fermentation, or MLF, is an important step in winemaking. Some winemakers start the process by inoculating, adding bacteria that consume malic acid and converting it to lactic acid. Others allow the process to occur naturally, carrying the risk that the MLF may stall or not begin at all.

The topic of inoculating for malolactic fermentation can be polarizing. Some argue that winemakers are a conduit of terroir and should intervene as little as possible. On the other hand, winemakers are responsible for creating a wine that appeals to consumers’ tastes. Can’t a winemaker accomplish both?

Many acknowledge the artistry of chefs who practice molecular gastronomy. No one is accusing them of bastardizing a carrot by turning it into a foam. In winemaking, there is room to consider artistic expression among the myriad of choices available.

We spoke to several winemakers to discover the varying factors that play into whether or not they choose to inoculate their wines.

In Favor of No Inoculation:

It Can Lead to Exciting New Flavors

Jasper Dickson, winemaker at Angeleno Wine Co., chooses to no longer inoculate for malolactic fermentation. He prefers to do it naturally because “we tend to get more interesting flavors.”

Dickson acknowledges the fear of volatile acidity (VA), which can accumulate in excess if MLF is delayed, but is comfortable with the risk. “A hint of VA can be nice and adds a little high note that I think is fun,” says Dickson.

The winery’s downtown Los Angeles location is advantageous for MLF, as it is a bit warmer than many wineries, with Dickson noting, “we haven’t had a problem with it, yet.”

In Favor of Malolactic Inoculation:

The risk of too-high volatile acidity plays into many winemakers’ choice to inoculate. “Unlike James Bond, I don’t like to live dangerously,” says Christiane Schleussner of Silver Oak. Using a reliable culture gives her peace of mind and keeps the aromatics consistent from vintage to vintage. Speeding up the process allows her to stabilize the wine sooner, reducing the potential for spoilage.

For Glenn Hugo, winemaker at Girard, opting to inoculate was a progression. “A lot of winemaking revolves around ideology, and then eventually experience teaches you things that may eventually decide what you do.”

Hugo’s progression from one side of the aisle to the other came following a trip to France with Australian winemakers. It was summer, and there were still 8 to 10 lots of wine finishing MLF. The Aussie winemakers tipped him off to co-fermentation, where primary fermentation and MLF occur at the same time. “It sparked the idea that as much as I want to be a naturalist about certain things, I would much rather feel comfortable with something finishing with the wine getting protected,” says Hugo.

It Helps Safe-Guard a Reputation

For Lisa Strid, winemaker at Aridus Wine Company in Arizona, the choice to inoculate is twofold. Both the quality of the wine and regional reputation are factors. Inoculating assures that proper bacteria will carry out MLF, particularly since the area’s grapes tend to have high pH levels. “Bacteria that self-select to do well at that pH are more likely to give us off-aromas and flavors,” explains Strid.

The winery’s oceanfront blocks of Chardonnay is another example. It comes in with very high malic acid that requires complete MLF. So, Brennan inoculates using a “specific MLF bug that produces low diacetyl to try to avoid that buttery popcorn aroma that I think masks that beautiful Hawke’s Bay fruit.”

However, for Brennan, inoculating for malolactic fermentation is a case-by-case decision, as is the instance with his range of Pinot Noirs, which undergoes MLF naturally. “There is a lot of ‘safe’ and boring Pinot Noir out there. And one thing I don’t make is boring wines,” he states, adding that keeping the barrels cool and without sulfur helps build the wine’s character.

There is no cut and dry answer to which process creates better wine. Even winemakers who limit intervention or consider themselves natural winemakers may still choose to halt MLF. That process often happens with temperature moderation, by chilling the wine down to a MLF-prohibitive temperature. Some may argue that adjusting natural temperatures is no less invasive than playing with bacteria.

There is room for creativity in all aspects of winemaking, whether choosing to use oak or stir lees, etc. And in the choice to inoculate, there is also room for ingenuity. Even if inoculating for malolactic fermentation is a choice based on security, some decisions affect what ends up in the bottle, such as choosing the right strain of bacteria or perfecting inoculation timing.