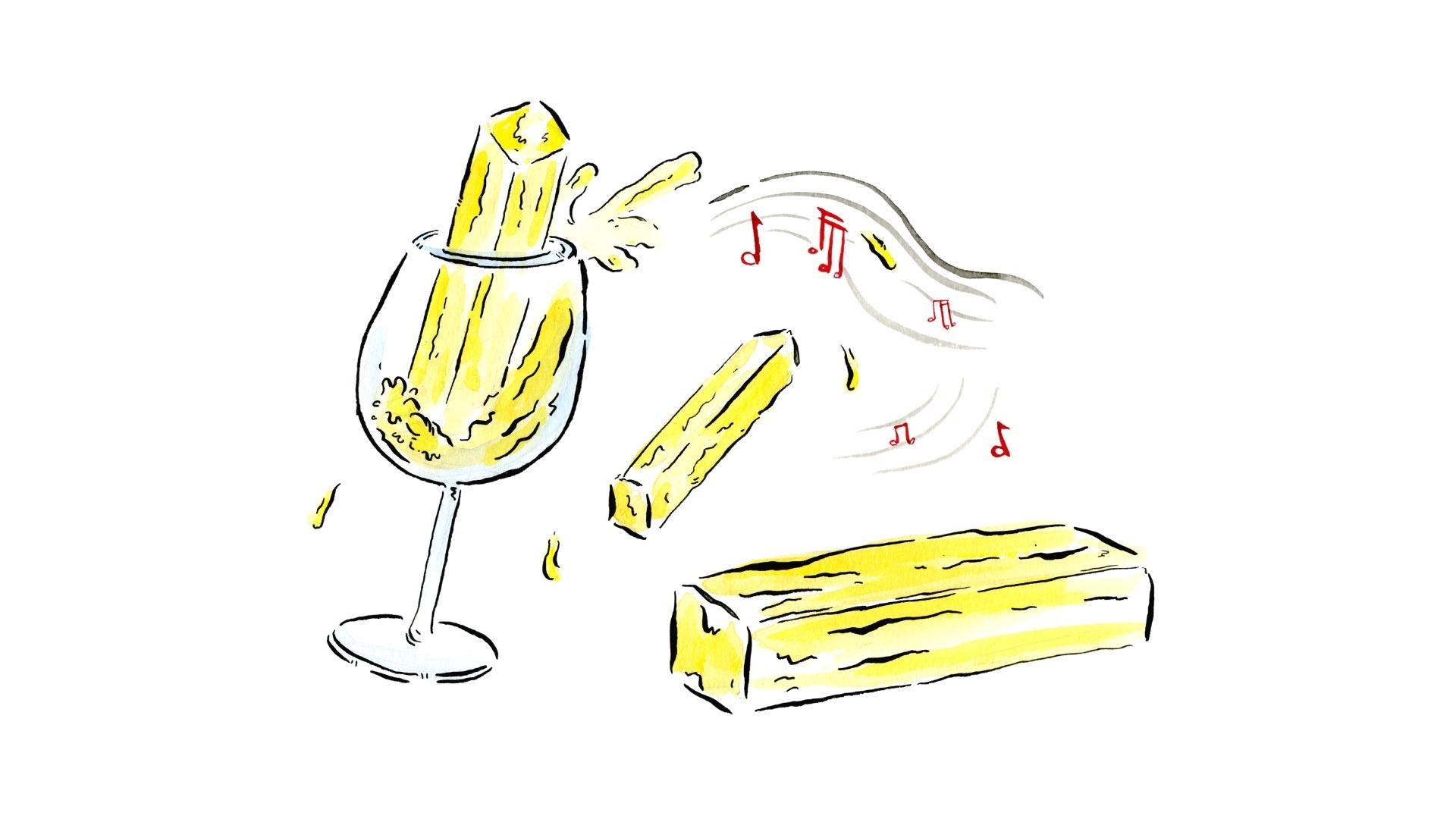 You know it, you love it—particularly when notes of butter are prominent while blind tasting a Russian River Chardonnay. Malolactic fermentation (otherwise known as malo or MLF)is a winemaking process. It takes place after a wine’s primary fermentation, in which bacteria convert malic acid to lactic acid. The process can occur naturally, be prompted early, or be prevented entirely. But there’s a slew of misinformation about malolactic fermentation, even among those with a good amount of wine education.

David Spector, who holds a Master’s in Enology from Cornell, has worked with winemakers worldwide, providing expertise about the conversion process. We consulted with him to determine the five most surprising things you may not know about malolactic fermentation.

Recently, there’s been a movement to call MLF a conversion rather than fermentation. It turns out it depends on how you define fermentation. If ethanol is the ultimate endpoint of fermentation, then no, malic acid converted into lactic would not be fermentation.

But Spector defines food and beverage fermentation as desired microbial growth and enzymatic conversions of food components. In MLF, the malic to lactic conversion is just one of the transitions.

The microbe at play during alcohol fermentation is yeast. In contrast, during MLF, it’s bacteria. If alcohol has to be produced to be considered fermentation, then many foods, from yogurt to pickles, would lose their fermented status.

The aromas come from the production of diacetyl. In addition to converting malic acid, MLF bacteria also digest citric acid, a process that creates diacetyl.

“It’s almost an entirely separate process, the bacteria are doing it, but it’s using other source material to create that diacetyl,” says Spector.

However, there are strains of MLF bacteria, formally known as oenococcus oeni, that don’t have enzymes to digest citrus, so they don’t produce diacetyl. In these instances, there are no buttery aromas.

It’s interesting to note (though obvious to many) that MLF doesn’t create buttery aromas in red wines. That’s because the odor threshold for diacetyl is much higher in reds than whites.

Even if the fermentation produces diacetyl, there’s more that it affects, particularly mouthfeel. Lactic acid is a weaker acid than malic, so when the conversion happens, there is an increase in pH and a decrease in titratable acidity. This contrast creates a fuller, creamier mouthfeel.

Malolactic fermentation can also be essential for wine stability and preventing inconsistencies in bottling. It helps deplete micronutrients that spoilage yeast and bacteria could use. Without depletion, undesired carbonation, off-flavours, or inconsistencies can result. Essentially, MLF is a more natural way to create stability.

Its effect on mouthfeel makes MLF particularly desirable in red wine. According to Spector, having the wine taste less tart and sour with a smoother mouthfeel makes a better and more traditional-styled wine. “If we had a Napa Cabernet and it hadn’t gone through malolactic fermentation, it would clearly stick out to the taster,” says Spector.

Some believe the desire to reduce acidity is beneficial in red wines because of tannins. Acid increases the perception of astringency, so mellowing acid could mitigate tartness.

Another reason reds frequently undergo MLF is because diacetyl is such a strong flavor. But as mentioned, it is not distinct in red wine. The benefits of better stability and mouthfeel can happen without compromising the desired flavor.

A bit of diacetyl may be desirable in some whites, like a California Chardonnay. But in many other white wines, typical flavor profiles such as gooseberry in Sauvignon Blanc, or Riesling’s floral notes, would be overwhelmed by the MLF-created diacetyl. In those instances, winemakers prevent MLF.

Some winemakers use commercial bacteria to inoculate wine, allowing them to avoid a stalled MLF. Inoculation also enables winemakers to take advantage of a particular strain of bacteria’s qualities, such as using one that doesn’t create diacetyl or works well in particularly cold climates.

The International Organization of Wine and Vine (OIV), based in Paris, stipulates which bacteria can come from grapes, the vineyard, or the winery. The regulations are further dictated stateside by the Code of Federal Regulations. Upon sourcing, the bacteria are isolated in the lab, and no GMOs are allowed.

The role of microbes in fermentation, from yeast to bacteria, is complex. There is always more to learn, which is what makes them so fascinating to study.