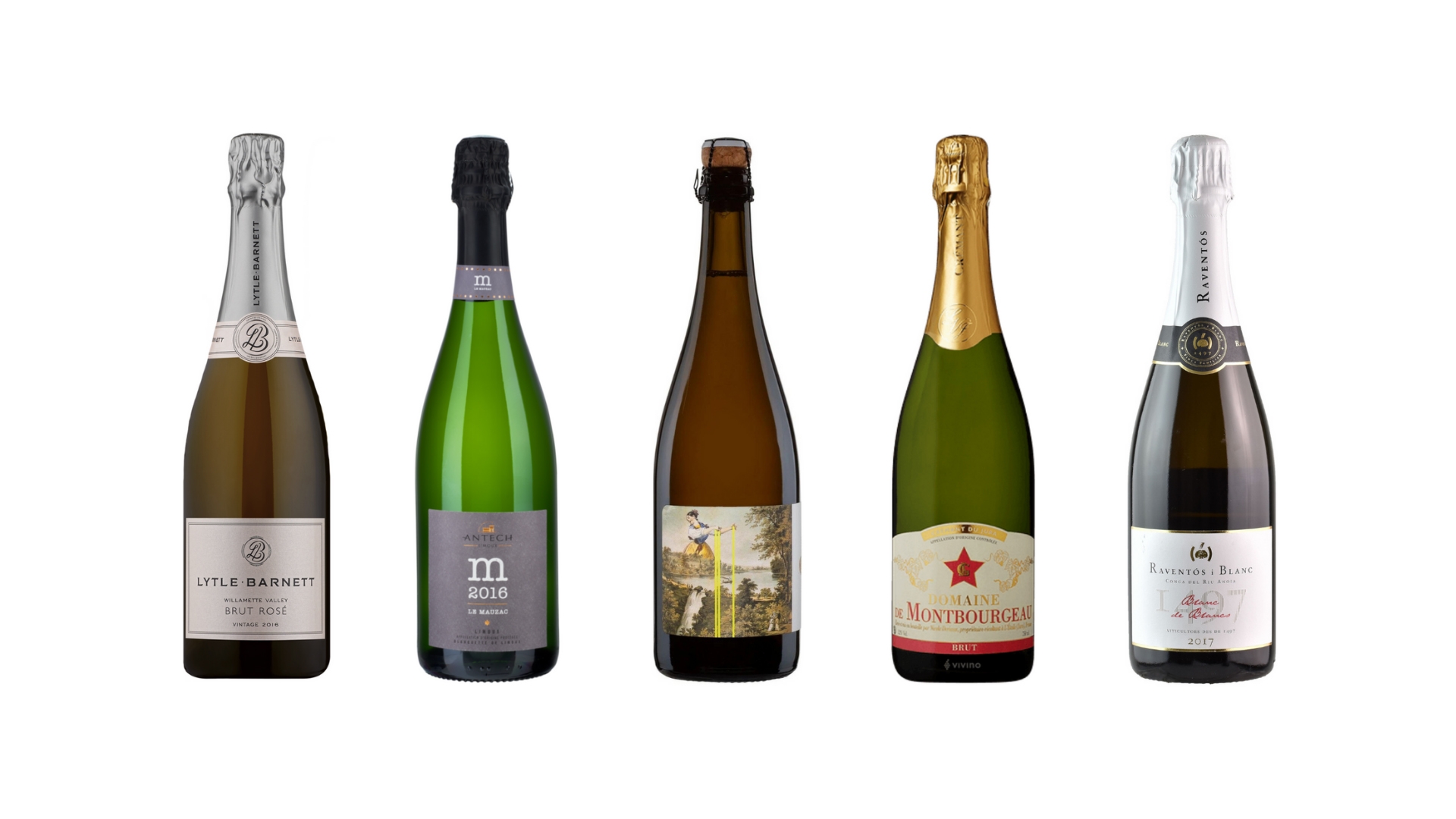 The sight of a glass filling with sparkling wine never ceases to delight. For centuries, bubbles have been the quintessential beverage for celebrating. Often, Champagne gets attention for its premium reputation (and price point). But it’s time to make room at our table for other traditional method sparkling wines.

Wines made using the traditional method are identifiable by autolytic notes. These derive from lees aging during winemaking, where dead yeast cells sit in contact with the wine for an extended period. As a result, the wine has a creamy texture and mouthfeel with brioche and butter flavors.

Here are a few bottles that deserve a spotlight moment (or two) in our glass.

While filming SPARKLERS on SOMM TV, the sparkling wines from Lytle Barnett blew me away. The Willamette Valley in Oregon is famed for its still Pinot Noirs, but Lytle-Barnett is expanding that focus. Their sparkling wines are vintage-dated and spend at least three years in the bottle before release. That time spent resting, per the traditional method, creates wines of sublime complexity, texture, and depth.

The SPARKLERS episode featuring Lytle-Barnett focuses on the Brut. But, I also thoroughly enjoyed their Brut Rosé. Produced from 100% Pinot Noir, it has all the loveliness and texture of strawberry marzipan with a hint of herbs, spice, and brioche, all topped off by delicious, frothy mousse.

Fun fact: these wines are what the cast and crew of SPARKLERS were sipping while killing time on set!

Raventós i Blanc is undoubtedly one of the best producers of traditional method sparkling wines in all of Spain. Since 1497, the Raventós family has been farming their estate, so it’s no wonder that they know what they’re doing.

Their Blanc de Blancs is always vintage-dated and blends native varieties Xarel-Lo, Parellada, Macabeu. It is clean, precise, with chiseled minerality and bright citrus and orchard fruit notes. Additionally, the wines of Raventós i Blanc are also organic and biodynamic.

This bubbly is such a hit with sommeliers because it is so deliciously pairable, so don’t be surprised if you notice this on many restaurant wine lists.

Although Champagne is the most famous region globally for producing traditional method sparkling wine, it isn’t the birthplace of this technique; that credit goes to the region of Limoux in the Languedoc of southern France. Historians believe that the world’s first sparkling wine was produced here in 1531 by the monks at the abbey of Saint Hilaire. While serving there, Dom Perignon supposedly learned the method, which he then took with him to Champagne.

Maison Antech is one of the premier sparkling producers of Limoux and crafts M le Mauzac from 100% Mauzac in limited quantities and only during exceptional vintages.

Tradition employs the traditional method as the name suggests and is a blend of roughly half Pinot Noir and half Chardonnay. While the wine is technically non-vintage, a significant proportion of the blend comes from a single year, with the remainder coming from Cruse’s perpetual reserve. No sulfur is added during elevage, and along with extended lees contact and intentional oxidation, this gives “Tradition” incredible texture and savory character.

Toasted almonds, mandarin zest, pastry, lemon curd, and pear blend together into a creamy mousse with a splash of salinity.

The umami character of this wine will pair delightfully with many of the savory centerpieces gracing your holiday table this season.

When you see the word crémant a your bottle of French bubbles, this means it was made using the traditional method. This beautiful bottle is from the mountainous Jura region, specifically from the small village of L’Étoile.

It is made entirely from Chardonnay and goes through full malolactic fermentation, which provides a beautiful creaminess on the palate. Notes include slightly ripe baked yellow apple and toasted brioche alongside mandarin, baking spices, and chanterelle mushrooms.

Though crémants are delicious and certainly a more cost-effective alternative to Champagne, I rarely find one that can stand up to it. This bottle, however, is a delightful exception. Montbourgeau’s crémant consistently knocks it out of the park and keeps me reaching for it time and time again.